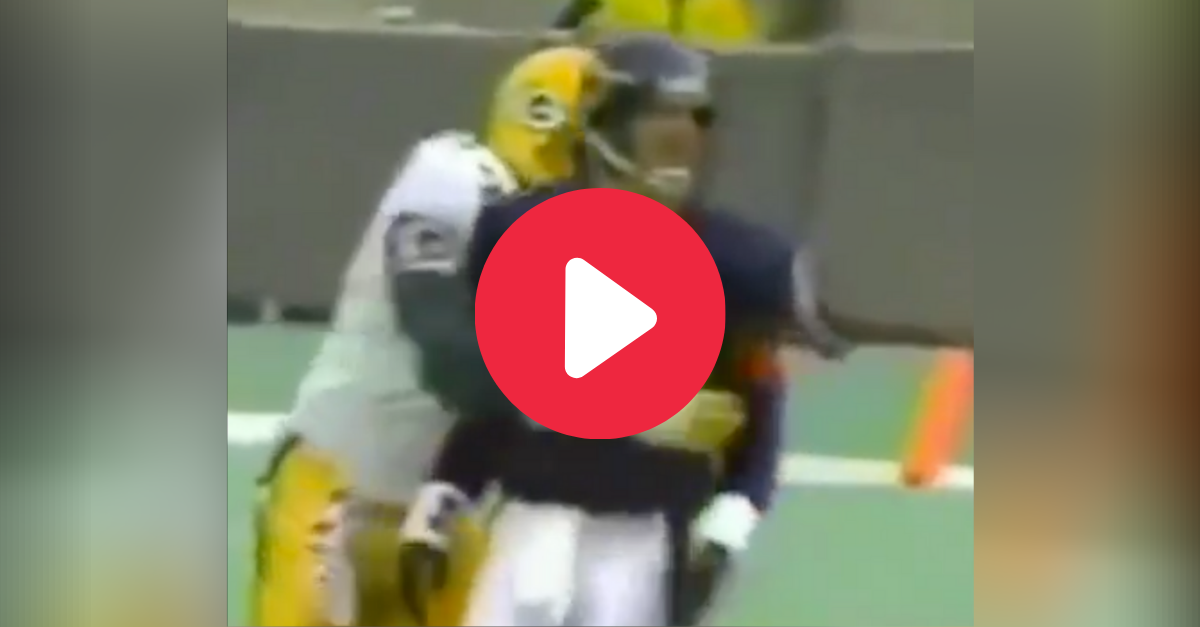 Long before the days of Vontaze Burfict’s suspension-ridden career, Myles Garrett’s helmet-swinging ways or the Albert Hayneworth face stomp that required 30 stitches, there was the Charles Martin and Jim McMahon incident.

The 6-foot-4, 280-pound defensive lineman is an unknown name now, but NFL fans back in the day may remember the guy high school teammates called “Too Mean.” His career, one that began in the Canadian Football League and included just five years in the NFL with the Green Bay Packers, Houston Oilers and Atlanta Falcons was largely insignificant outside of one play.

As for McMahon, he was the black shades-wearing self-described “punky QB” for the Chicago Bears 1985 Super Bowl team who did and said what he wanted. Defensive players like Martin hated guys like McMahon.

Martin hated the passer for the Packers’ rival team so much that he allegedly wore a “hit list” towel with the names of Bears players like McMahon, Walter Payton, Willie Gault, Jay Hilgenberg and Dennis Gentry on it in pregame warmups before a Packers-Bears regular season game on November 23, 1986.

I guess Martin can say he crossed off McMahon’s name.

The Bears entered the Week 12 matchup 10-2, while the Packers were just 2-10. That didn’t stop the game from featuring one of the most brutal non-football attacks on the gridiron in NFL history.

​When Bears quarterback Jim McMahon flung an interception into the hands of Mark Lee on a third-down play, Martin trotted behind him well after the play was over. McMahon was making his way to the sidelines by the time the Packers defensive end grabbed him, picked him up, and slammed him on his side.

To make the event worse, McMahon was already nursing a right shoulder injury before it was drilled into Soldier Field’s artificial turf in Chicago.

NFL referee Jerry Markbreit happened to be right there for the wrestling-like late hit and recounted to ESPN his reaction:

“After the play, I took a hold of Martin’s arm and said, ‘Ninety-four, you’re out of game. I’m ejecting you.’ And he pulled away and said, ‘I’m not going anywhere with you.’ I looked at him and, tongue-in-cheek, I said, ‘If you don’t come with me, I’m going to let the Bears kill you.’ He said, ‘Let’s go.'” — Markbreit to ESPN.

The play was devastating for Mike Ditka’s Bears.

McMahon missed the rest of the season, including the postseason. Chicago finished 14-2 but lost their Divisional Playoff game to the Washington Redskins.

As for Martin, he was not only ejected but suspended for two games. It marked the first multi-game suspension for an on-field incident in modern NFL history, paving the way for longer suspensions on late hits and disgusting acts like this one.

Martin returned to the Packers shortly and played for them in 1987 before he was cut after allegedly brawling in a bar fight. He joined the Oilers, and in one 1987 game against the Pittsburgh Steelers, he speared running back Earnest Jackson. Martin was out of football by 1989 and died in 2005 from kidney failure.

Call the play whatever you want. A violent act. A cheap shot. One of the dirtiest hits ever. Bears fans probably will never forget the moment.

McMahon got the last laugh. He won another Super Bowl as a backup to Brett Favre in 1996 on, you guessed it, the Green Bay Packers.