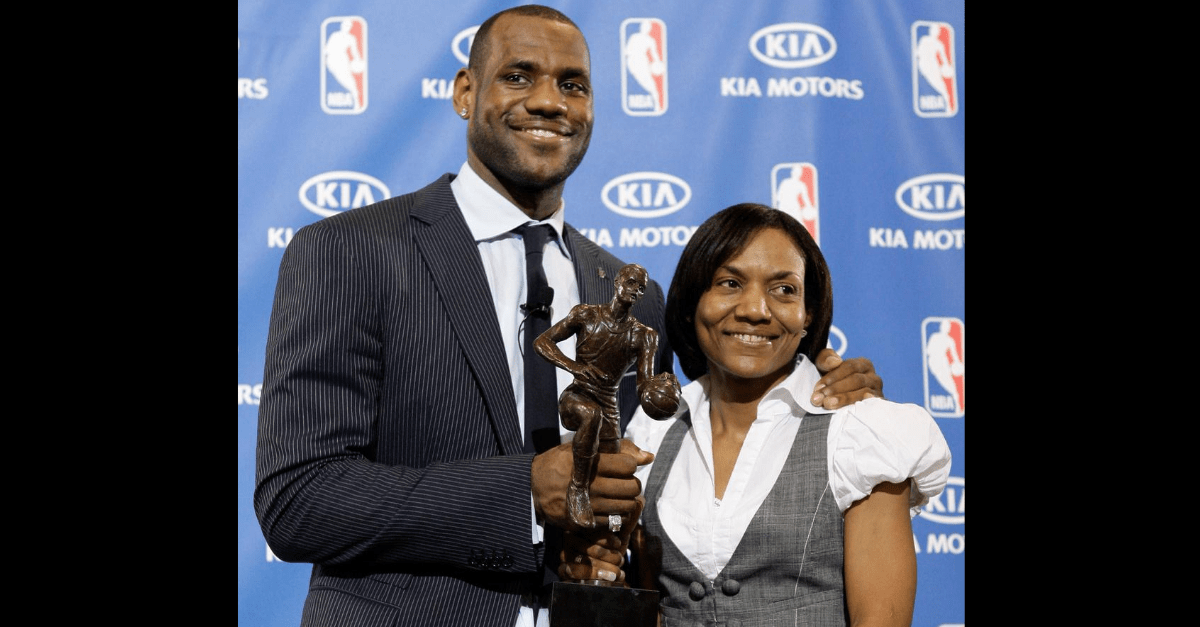 Behind every great son is a great mother. Behind LeBron James is Gloria James.

LeBron has achieved essentially every imaginable goal for a professional basketball player. Throughout his career, he’s been hard-working, humble and persistent with a good head on his shoulders. He attributes his success to none other than his mom.

Welcome to the dirty 30s momma!! Happy 30th bday 😉 beautiful Queen of all Queens! All I can say is that I’m lucky as hell to be your son and that I’m thankful for that every single day!! ❤️❤️❤️❤️❤️❤️❤️❤️❤️❤️❤️. Enjoy your day! LIVE.LAUGH.LOVE #JamesGang👑

LeBron was born on December 30, 1984, in Akron, Ohio when Gloria was just 16. His biological father has never been involved in his life. Gloria pushed through the struggle of raising a young son, finding stable income, and teenage life herself.

At nine, LeBron was sent to live with his football coach Frank Walker. “Big Frankie” as they called him introduced LeBron to basketball. It was under his tutelage that the young athlete started to show superstar potential.

Since the coronation of King James — from St. Vincent-St. Mary’s High School to the Cleveland Cavaliers to the Miami Heat to LA — the 16-time All-Star has remained close with his mother. The constant pressure hasn’t steered his focus from family or basketball, even the callous Delonte West rumors. Gloria is close to LeBron’s wife Savannah and her grandchildren: Bronny, Bryce, and Zhuri.

LeBron said the hardest part of quarantine was the extended period away from his mother.

The Los Angeles Lakers star was priming up for the playoffs when league play was halted because of the coronavirus (COVID-19) pandemic. In the first scrimmage against the Dallas Mavericks in the NBA Bubble in Orlando, LeBron debuted a gray beard and dropped 12 points in 15 minutes. The Lakers are set up for a deep playoff run atop the Western Conference. The four-time MVP ranked second in ESPN’s top-74 NBA Players of All Time in May 2020.

Mother’s day is a special day in the James’ household. LeBron celebrates Savannah, the mother of his three children, and lovingly honors the woman who shaped his remarkable character.

MORE: What Is LeBron James’ Net Worth?