Magic Outshined Bird in 1979, And It Ignited Basketball’s Greatest Rivalry 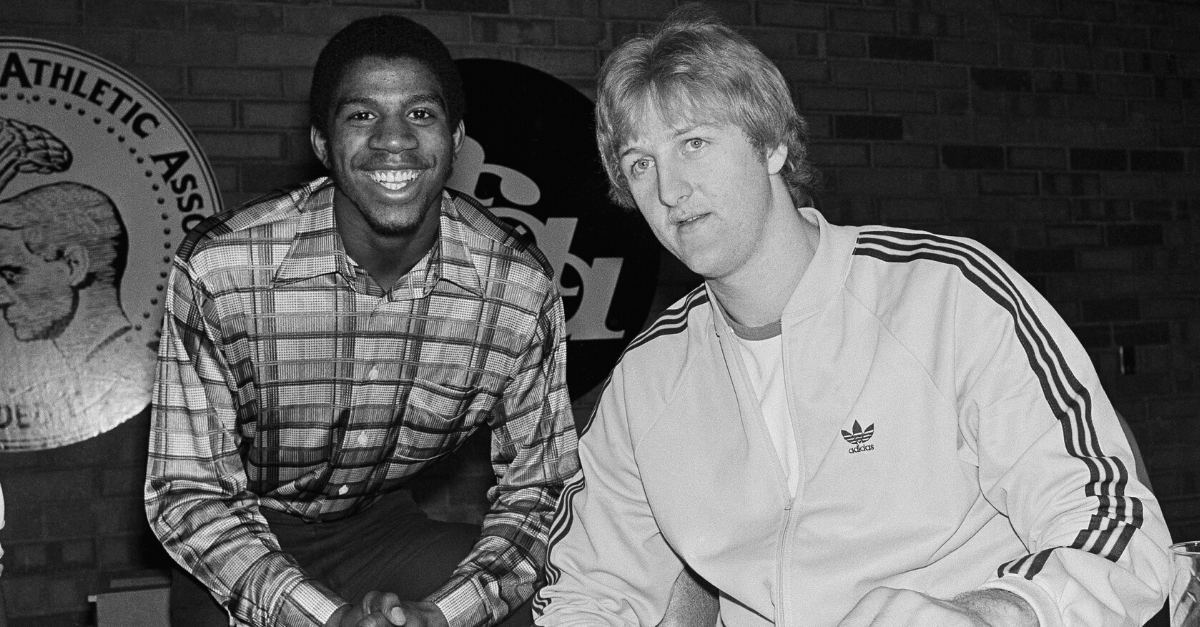 Have there ever been two players as synonymous with one another as Larry Bird and Magic Johnson?

Tom Brady and Peyton Manning had their moments. Tiger Woods and Phil Mickelson shared some battles, too.

Bird and Johnson’s rivalry revitalized the NBA, but prior to the days of the Boston Celtics clashing with the Los Angeles Lakers, they birthed March Madness.

Let’s go back to Salt Lake City, Utah on March 26, 1979. The Indiana State Sycamores and Michigan State Spartans squared off in a showdown for all the marbles. The Hick from French Lick and Earvin “Magic” Johnson was the marquee matchup.

Bird’s Indiana State team went 26-0 in the regular season. Michigan State was the Big Ten champs. Bird had become one of the best college players ever, famously covering Sports Illustrated in the process. Magic was a towering point guard who was redefining the point guard position.

The game started out close. The lead traded back and forth for the first four minutes until Michigan State pulled away. The Spartans never looked back.

MSU had a game plan for Bird: force him baseline and collapse. It worked. Bird’s decision making was jaded. One of the top scorers in the country went 7-for-21 and finished with 19 points. Much different than his 35 points on 16-of-19 shooting in the Final Four against DePaul.

Meanwhile, Johnson made plays. He scored and distributed, pouring in 24 points and dishing out five assists. His performance helped the Spartans secure the lead and never relinquish it. MSU was victorious by a score of 75-64 and Johnson was named the tournament’s Most Outstanding Player.

The battle between the two superstars elevated college basketball to a national audience and remains the highest-rated and most-watched game ever.

Bird vs. Magic in the NBA

Bird and Johnson sparred in the NBA. Each earned their fair share All-Star appearances, MVPs and NBA Championships. Both lived for the playoffs and met in the NBA Finals three times (1984, 1985, and 1987). Bird and the Celtics won the first one; Magic’s Lakers the last two.

MORE: Is Larry Bird the Most Dominant College Player Ever?