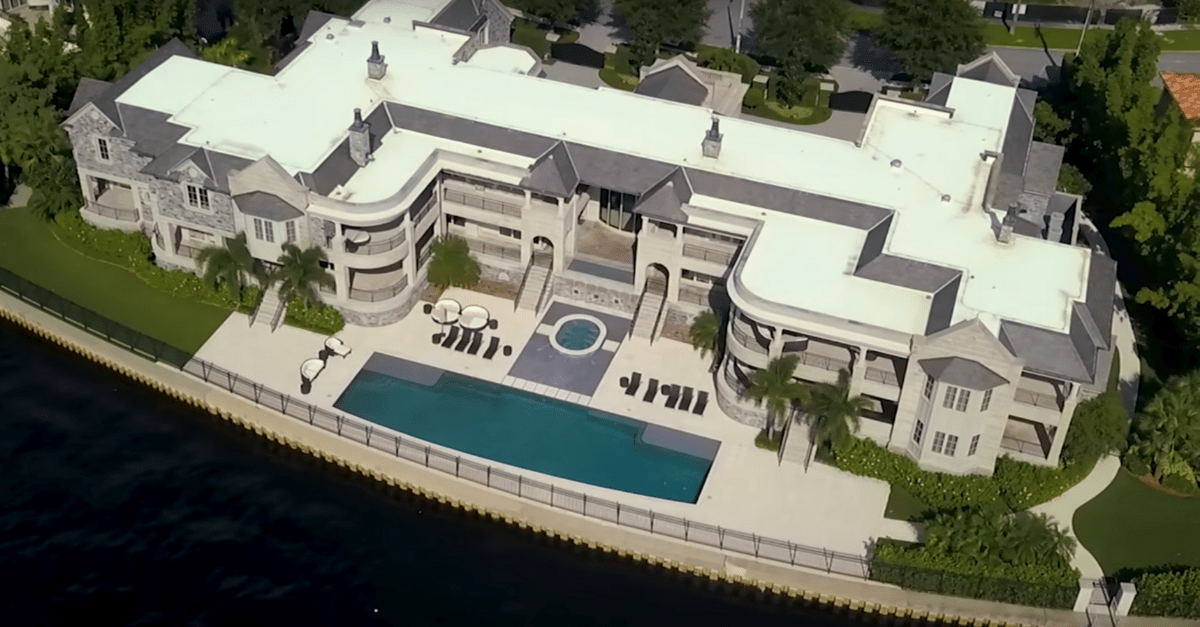 NFL superstar quarterback Tom Brady now plays for the Tampa Bay Buccaneers. As weird as it might still sound, it’s true. The six-time Super Bowl champion will no longer suit up for the New England Patriots, and that means TB12 and his family have officially moved down to Florida.

Between Brady and wife Gisele Bundchen, they can afford to live anywhere they want while trying to sell their Massachusetts mansion. However, the family might not be sold on living there forever, so they decided to do the more practical thing: rent.

Although renting a home is not what anyone expected them to do, the Bradys aren’t settling in some small retirement condo for the next two years. They are actually renting out a 30,000-square foot mansion owned by MLB legend and New York Yankees Hall of Fame shortstop Derek Jeter, according to Rick Stroud of the Tampa Bay Times

Nobody saw that coming, either.

Derek Jeter’s house on Davis Islands — or St. Jetersburg as the Times cleverly calls it — is mammoth. It includes seven bedrooms, nine bathrooms, an entertainment room, billiards room, a pool, and two boat lifts with access to Tampa Bay.

Outside of the obvious superstar athlete connection, Jeter, the Baseball Hall of Fame shortstop and current part owner of the Miami Marlins, also grew up in Michigan like Brady. The two have that in common. How much of that led to renting the Davis Islands mansion is unknown, but it is noteworthy.

Although sports were on hold, the future Hall of Famer was living the good life. He had just signed a two-year, $50 million contract with the Bucs, got wide receiver Chris Godwin to give him his No. 12 jersey, didn’t have to deal with any crazy realtors, and was living in another beautiful mansion.

This Tampa Bay estate truly is a HOMERUN! ⚾

Check out this story in the @nytimes: https://t.co/33a5zaEA2v

Derek Jeter and his wife, Hannah Davis, officially put their beautiful house in the Tampa Bay area on the market. The price? Well, it’s a cool $29 million.

As for what that means for Tampa Bay Buccaneers quarterback Tom Brady and his family renting the place, they won’t be leaving anytime soon

There’s a lot going on in the sports world right now, including LeBron James and the Los Angeles Lakers in the NBA playoffs and Big Ten football coming back, but for some reason, this is quite captivating as well.

This post was originally published on April 2, 2020 before updating.

MORE: Tom Brady’s Net Worth: Comparing the NFL’s King to His Supermodel Wife