After 13 years of high-profile marriage, Tom Brady and Gisele Bündchen officially announced they ended their marriage. Brady announced the news on his Instagram account, calling the decision "painful and difficult."

"In recent days, my wife and I finalized our divorce from one another after 13 years of marriage," Brady wrote. "We arrived at this decision amicably and with gratitude for the time we spent together. We are blessed with beautiful and wonderful children who will continue to be the center of our world in every way. We will continue to work together as parents to always ensure they receive the love and attention they deserve.

"We arrived at this decision to end our marriage after much consideration."

"Doing so is, of course, painful and difficult, like it is for so many people who go through the same thing every day around the world. However we wish only the best for each other as we pursue whatever new chapters in our lives that are yet to be written."

"And we kindly ask for privacy and respect as we navigate what is to come in the days and weeks ahead. Thank you."

Tom Brady announced that he and Gisele Bündchen divorced: pic.twitter.com/QHXdHT9Baw

There's been a lot of speculation behind the divorce, reportedly stemming from Brady's decision to unretire after retiring. Brady was also absent for 11 days from training camp, prompting more prying into his relationship.

The news of the divorce comes a day after Brady's Tampa Bay Buccaneers lost to the Baltimore Ravens on Thursday Night Football. It marks the first three-game losing streak for Brady in 20 years.

Let's take a look back at Tom and Gisele's marriage, plus Brady's past relationships. 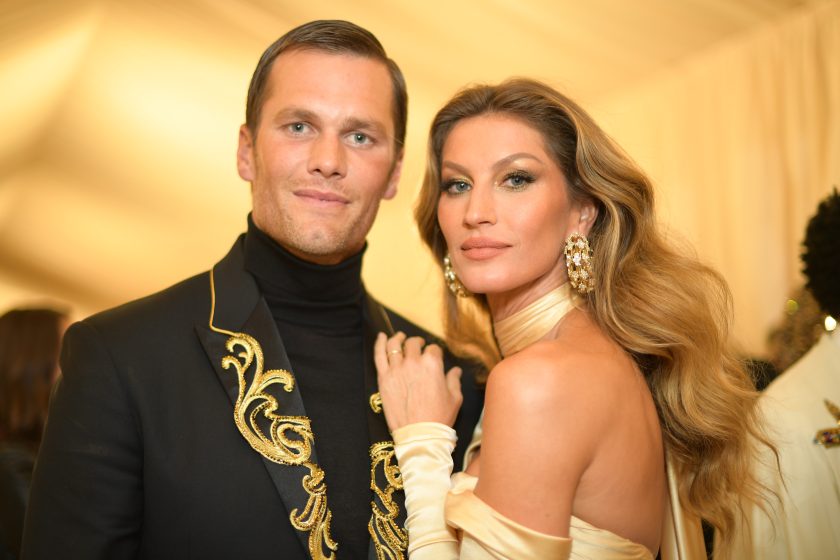 Brady and Bündchen got married in February 2009 and had two ceremonies in Santa Monica, California, and Costa Rica, just over two years after they initially met on a blind date because of a mutual friend at the Turks & Frog Wine Bar in New York City.

The power couple eventually settled down together, and now have two children, son Benjamin Rein and daughter Vivian Lake. They both call him "Papai," which means "dad" in Gisele's native language of Portugese.

The pair frequently took to social media with posts and pics of their family, offering glimpses into their home life during the NFL offseason, including during the coronavirus pandemic and COVID-19 outbreak. Brady didn't miss a chance to wish Gisele a happy birthday or happy Mother's Day when they were together. 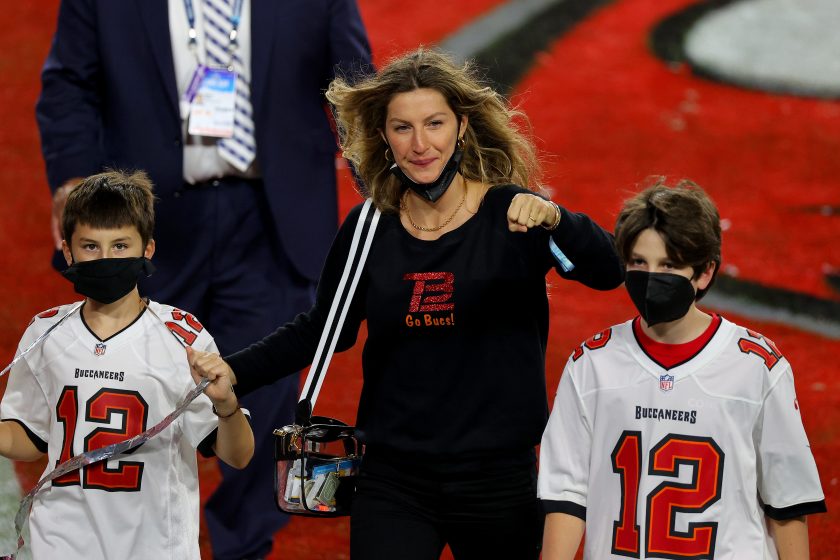 Things weren't always perfect, as they've both talked about in interviews. Still, they powered through for 13 years.

The Super Bowl LIII winner turned the Bucs into a playoff team in his first year in Florida, beat Green Bay Packers star Aaron Rodgers in the NFC Championship Game and won Super Bowl LV against Patrick Mahomes and the Kansas City Chiefs. Then, because he's Tom Brady, he returned to the playoffs again following the 2021 regular season.

It's possible Gisele got tired of wondering just when her husband was actually going to retire. Maybe she thought that because they had enough money in the bank to retire a long time ago.

Gisele Was the Breadwinner, Not Brady 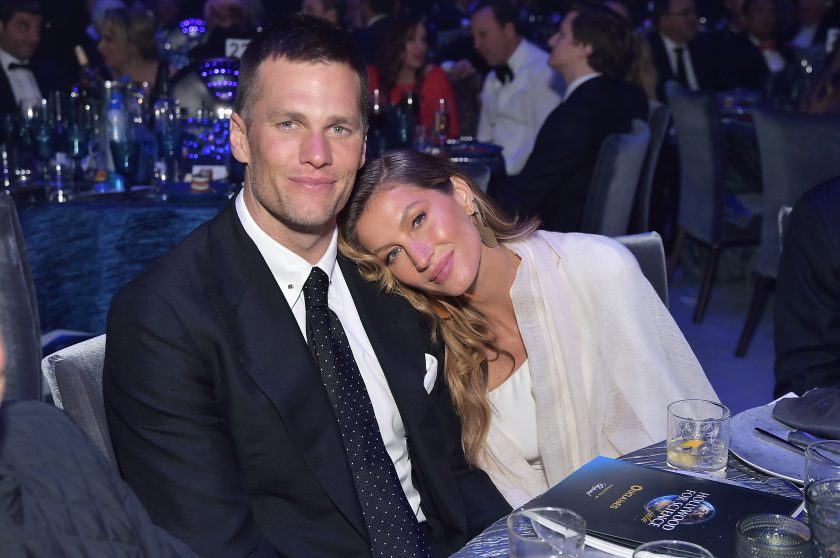 Sure, Brady is one of the most celebrated athletes of all time. The 45-year-old quarterback had a remarkable tenure with the New England Patriots, skyrocketing to celebrity status while winning six Super Bowl rings in Boston.

The undisputed "Greatest of All Time" has accumulated a fortune throughout his playing career in the NFL, amassing more than $332 million in salary across his 23 years on the gridiron. And while most would assume an income like that would make Brady the breadwinner in his now previous relationship, that isn't the case.

Tom Brady's ex-wife Gisele Bündchen, a Brazilian supermodel, is reported to have a net worth of a staggering $400 million from her career in modeling. Astonishingly, her net worth is almost twice as large as that of her husband.

While Brady has spent the past two decades in the spotlight of the sports world as the New England Patriots quarterback, Bündchen has long been a dominant force on the modeling scene. Gisele earned the title of highest-paid model in the world back in 2012, three years after she and Brady tied the knot.

According to Forbes, Bündchen made over $45 million in 2012 alone, and she once again took home over $40 million from her modeling work in 2013. She's been on thousands of magazine covers for outlets like Vogue, Marie Claire, Vanity Fair, Harper's Bazaar and Cosmopolitan.

Things could have been a lot different for the famed pair had they not linked up back in 2006, especially considering the esteemed dating history the signal caller boasts. Prior to marrying Bündchen, Brady was at work morphing the Pats into arguably the most dominant dynasty in the history of the NFL under head coach Bill Belichick.

And while the three-time NFL MVP was wowing fans on ESPN and getting results on the field as quarterback of the New England Patriots, TB12 was also rather busy off of it.

That leads us to his first wife: Bridget Moynahan. 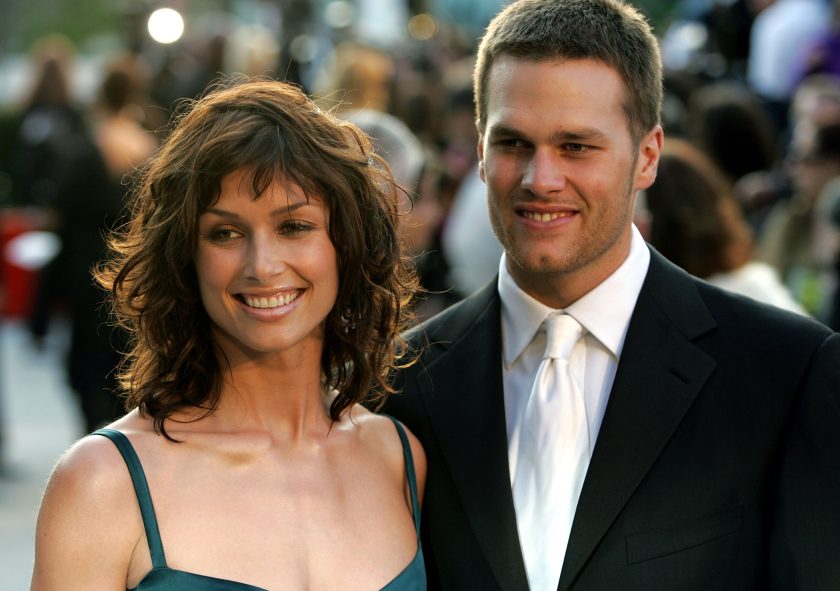 Back in 2002, it was reported that Brady had a fling with 1997's Playboy's Playmate of the Year, Layla Roberts. The relationship didn't last very long, and Roberts ended up marrying John Hilsinki in 2004.

Shortly after, Brady was rumored to have had a month-long romance with actress Tara Reid. Reid, while appearing on KIIS 1065's "Kyle and Jackie O" radio show, admitted that she and Brady shared a kiss back in 2002.

Brady's most renowned previous relationship (apart from his marriage to Gisele) was with "Blue Bloods" actress Bridget Moynahan. The pair were together from 2004-2006 and, somewhat controversially, have a child together, John Edward Thomas Moynahan. He goes by Jack.

The 45-year-old is also rumored to have had flings with a few other notable women in the past, including former Patriots cheerleader Meghan Vasconcellos, Ivanka Trump and Britney Spears. Believe what you want, though. 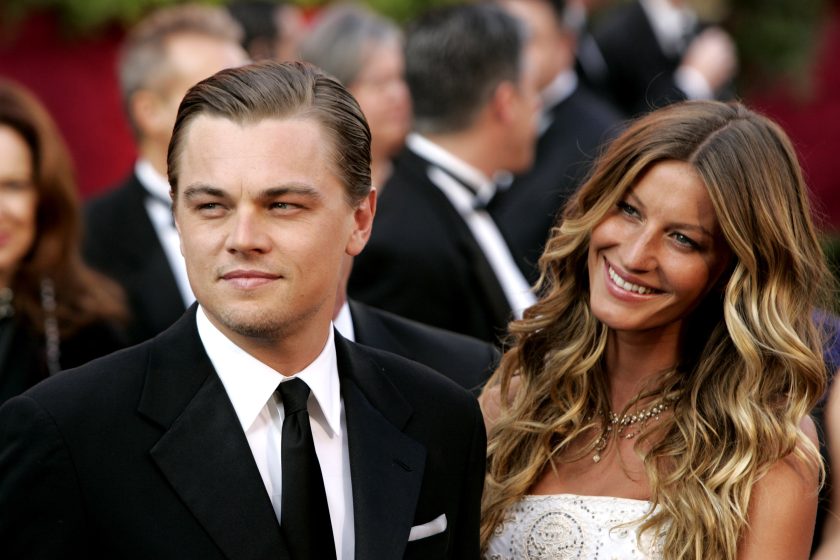 Tom Terrific was spotted with several notable figures during his time as a bachelor, but the same can certainly be said for model Gisele Bündchen, who's done work for high-profile brands like Louis Vuitton and Chanel.

Prior to meeting Brady, Bündchen was famously in a five-year relationship with superstar Hollywood actor Leonardo DiCaprio from 2000-2005 before they parted ways. Bündchen discussed her relationship and eventual breakup with DiCaprio in her autobiography, "Lessons: My Path to a Meaningful Life," which is available on Amazon.

After DiCaprio, the former Victoria's Secret model was in a short relationship with professional surfer Kelly Slater from 2005-2006.

Also before she and Brady were introduced in New York, Bündchen had a short-lived fling with actor Chris Evans, renowned for his role as "Captain America," in 2006.

MORE: Tom Brady's Parents Have Been Married More Than 50 Years