It's no secret former New England Patriots and current Tampa Bay Buccaneers tight end Rob Gronkowski is a ladies' man. He used to double as a male stripper in college. Even reporters on the beach aren't safe from his flirting skills.

Still, the four-time Super Bowl champion is a catch. Since first "retiring" from the game, he diversified his portfolio in some interesting ways. WWE signed him to a contract. He's dabbled in the CBD industry. And because why not, he performed "I'm Too Sexy" for millions of people on TV.

Gronk has recorded more than 600 receptions over his 11-year NFL career. The 32-year-old's most impressive catch, however, isn't any pass he caught in coach Bill Belichick's offense or from teammate Tom Brady. It's his longtime girlfriend, former NFL cheerleader and Sports Illustrated swimsuit model Camille Kostek. 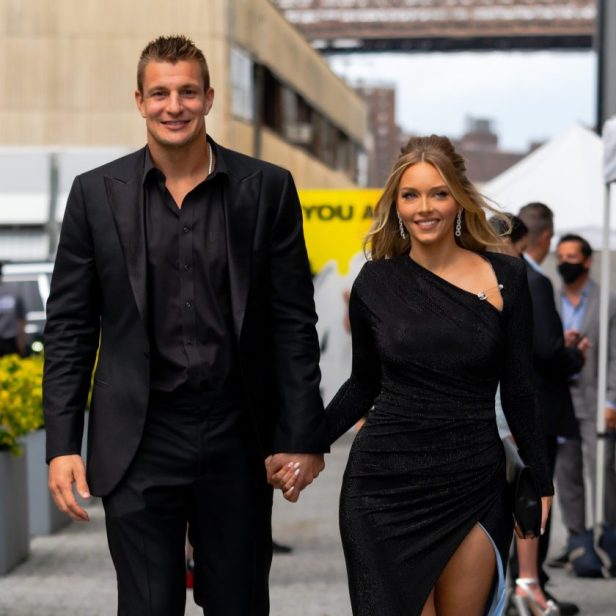 She was born in Killingworth, Connecticut in 1992. She attended Haddam-Killingworth High School in Higganum, Connecticut, then graduated from Eastern Connecticut State University with a degree in communications.

When she was 21, Kostek joined the New England Patriots cheerleading team in the 2013 season. She danced on the sidelines for two years before calling it quits at the end of the 2015 season.

While still cheering, she stripped down to her bikini and graced the cover of Sports Illustrated Swimsuit Calendar in 2014. That opened doors in the modeling world and she landed gigs and photoshoots with companies like Victoria's Secret, L'Oreal, New Balance and Nissan. She's also walked the runway at New York Fashion Week and done work for Reebok, including for the company's Amazon storefront campaign.

Maxim named the supermodel to its Hot 100 list of Sexiest Women in the World in 2019, and Sports Illustrated plastered her on the cover of an issue the same year after being chosen from thousands of open casting call candidates and winning the SI Swim Search in 2018.

Kostek was one of three women to have their own swimsuit issue covers. Tyra Banks and women's soccer star Alex Morgan were featured as well. In September 2020, Kostek served as host of TBS' gameshow "Wipeout." 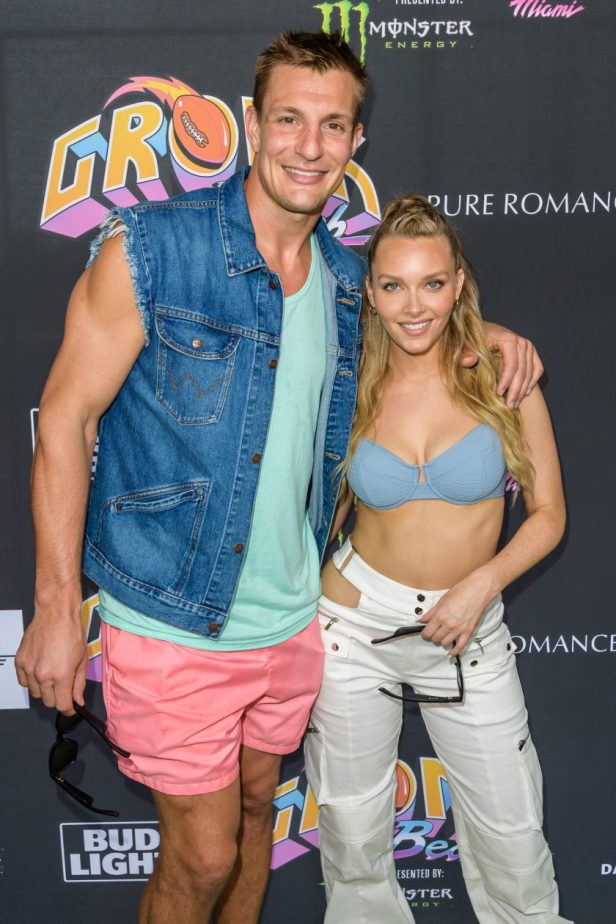 RELATED: Rob Gronkowski's Net Worth: How Gronk Made (And Saved) a Fortune

Gronkowski and Kostek's story is something straight of out a high school TV show.

She was a New England Patriots cheerleader. He was the team's star tight end. Kostek, however, told Fox News that the two didn't begin dating until after she left the team. Most NFL teams have strict rules about cheerleaders dating players. (Some do it anyway, though.)

The two told "Live with Kelly and Ryan" that they first met at a Thanksgiving charity event in 2013.

Kostek and the NFL star have been dating since 2015. According to TMZ, the two split up briefly before they were spotted at a wedding together in May 2017. They've been all over each other's social media accounts since then.

In an interview with Jenny McCarthy on Sirius XM Radio in Miami before Super Bowl LIV, the two got candid about the details of their relationship. Gronkowski said the two would sometimes have sex before a game, but he didn't think it affected his on-field performance negatively.

"If anything I feel like, if we have hooked up before a game, you'd be ready to go and less tense!" Kostek said. 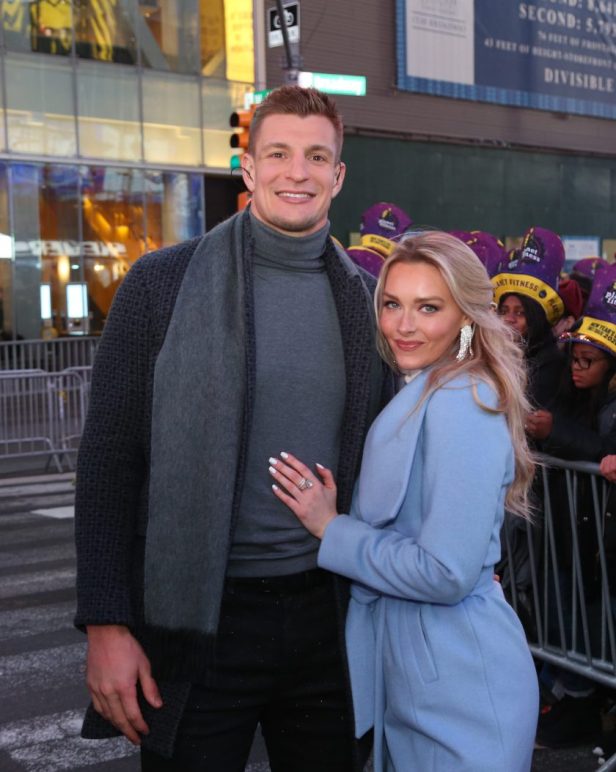 The former Patriots cheerleader and SI swimsuit cover model parlayed her attention into a bit of an acting career, per her IMDB biography.

She played a role as a hostess in the 2018 movie "I Feel Pretty" and is set to star in "Free Guy" (2021) alongside Ryan Reynolds. She's also appeared on TV shows like MTV's "Ridiculousness" and "Good Morning America."

They're Each Other's No. 1 Fan 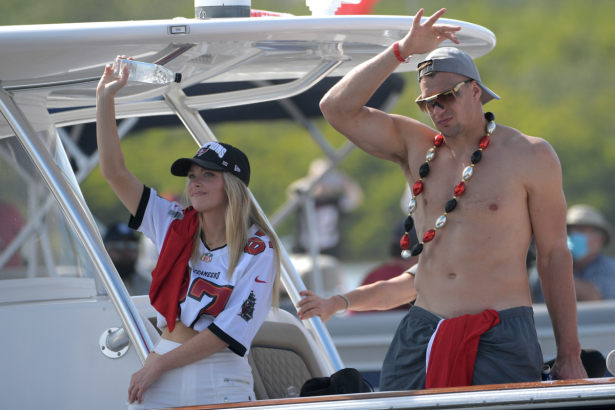 Of course, Gronk's girl used to be spotted donning a No. 87 Patriots jersey inside Gillette Stadium during the football player's New England days.

Now, she rocks the Tampa Bay Buccaneer red jersey after her superstar boyfriend came out of retirement to join Tom Brady in Florida. The Bucs then played in Super Bowl LV against the Kansas City Chiefs (where they picked up a Super Bowl win) after a season plagued by the coronavirus pandemic.

But Gronk became a fan himself when his bombshell SI swimsuit model girlfriend strutted down the runway in a Sports Illustrated Swimsuit Fashion Show in 2018.

"O baby, I would be considered a super plus size if I modeled and I'm d--n sexy... own it, embrace it, be different, respect all types and just do you baby!!" Gronk commented on one of her Instagram pictures.

Judging from their social media accounts, Kostek is as big of a goofball as Gronk is. When she isn't on the red carpet or at football stadiums, Kostek often posts pics and videos on Instagram and TikTok with the hashtag "#NeverNotDancing."

It's been seven years since this Sports Illustrated Swimsuit Issue model and lovable NFL tight end began dating. The only logical question now is: When are they going to tie the knot? 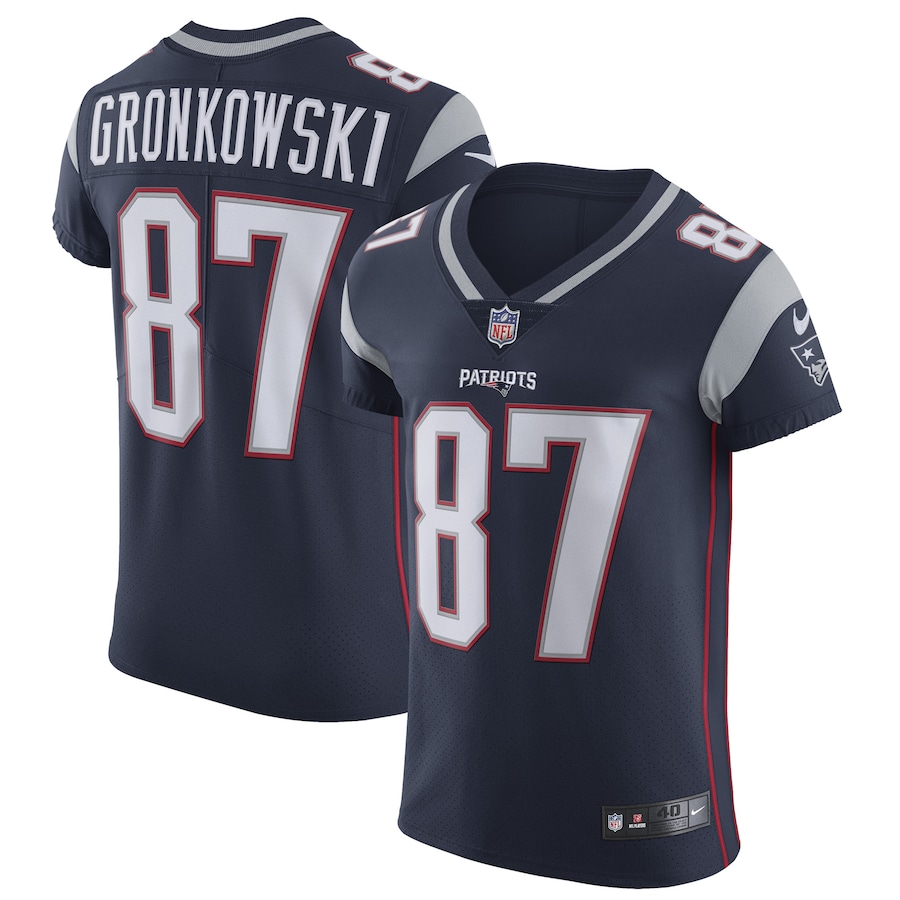