Rob Gronkowski Performs “I’m Too Sexy” on ‘The Masked Singer’ 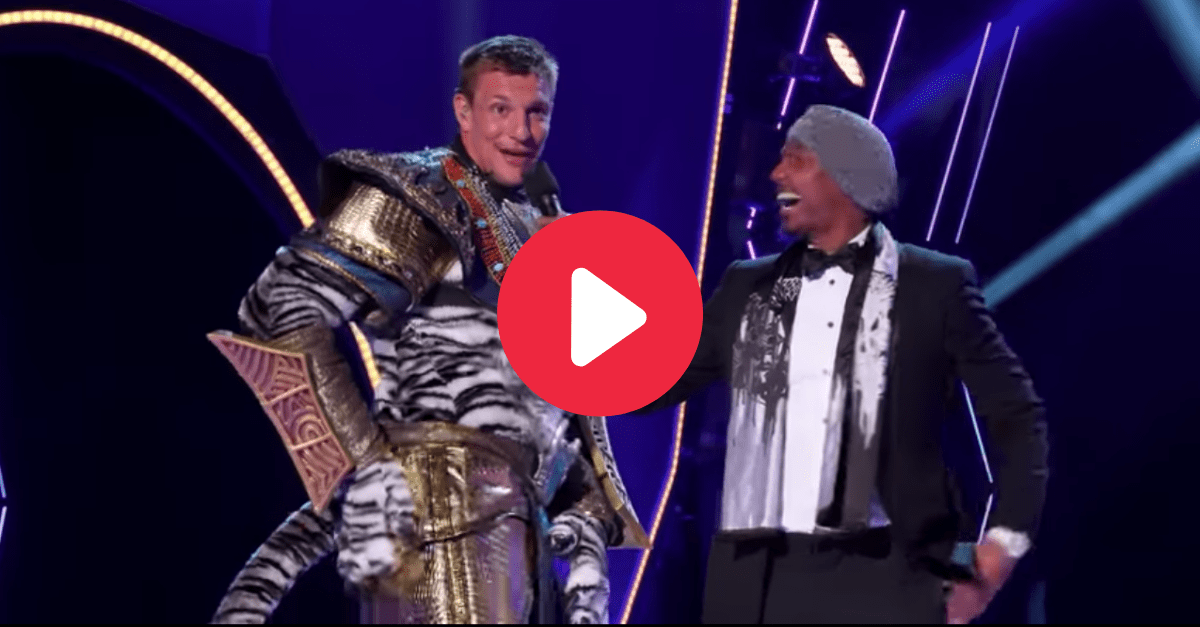 The three-time Super Bowl champion hung up the cleats after the 2018 NFL season and has been living life to the fullest ever since. He’s partied with Steve Harvey on New Year’s Eve, shook his booty with the Laker Girls and delivered donuts for Uber Eats. Let’s not forget that he signed with WWE and is hosting Wrestlemania, either.

Gronk’s party days never truly stopped. Since his days dancing as a male stripper in college (yes, really), the 30-year-old former NFL player has been busting dance moves whenever he gets the chance.

It appears Gronkowski has taken his dancing skills to one of the nation’s top primetime TV shows, FOX’s “The Masked Singer.” Somehow, he kept his shirt on.

Rob Gronkowski on The Masked Singer

It's been a wild ride with @RobGronkowski! 🐯

What does he have to say about being #WhiteTigerMask on #TheMaskedSinger? pic.twitter.com/0OnmB8iqtX

If you’ve never seen The Masked Singer, it’s a hoot. Hosted by Nick Cannon, the weekly singing competition show features all sorts of celebrities, singers and athletes that perform songs while under the disguise of an elaborate costume.

In addition to performing every week, contestants must provide a clue package. Here are a couple from the person under the white tiger mask.

– Not a strong singer

– He dances like a male stripper in one clue

– A poster of a cow skiing. Gron-COW-SKI.

– Clam shucking, a hint to his New England/Boston roots

Gronkowski was revealed as the white tiger king Wednesday night but not before putting on a show by singing “I’m Too Sexy” by Right Said Fred in the white tiger costume. He reminded us no one can rock a crowd quite like Gronk can.

McCarthy and Thicke were the only panelists to guess Gronkowski. Jeong thought it was J.J. Watt, and Scherzinger guessed John Cena.

I, for one, can’t wait for the next athlete to appear on the show. PLEASE let it be Tom Brady.

Gronkowski performed Marky Mark and the Funky Bunch’s “Good Vibrations” on episode one:

The following week, White Tiger took on Queen’s “We Will Rock You”: