Gronk Shakes His Booty With Laker Girls During Halftime Show 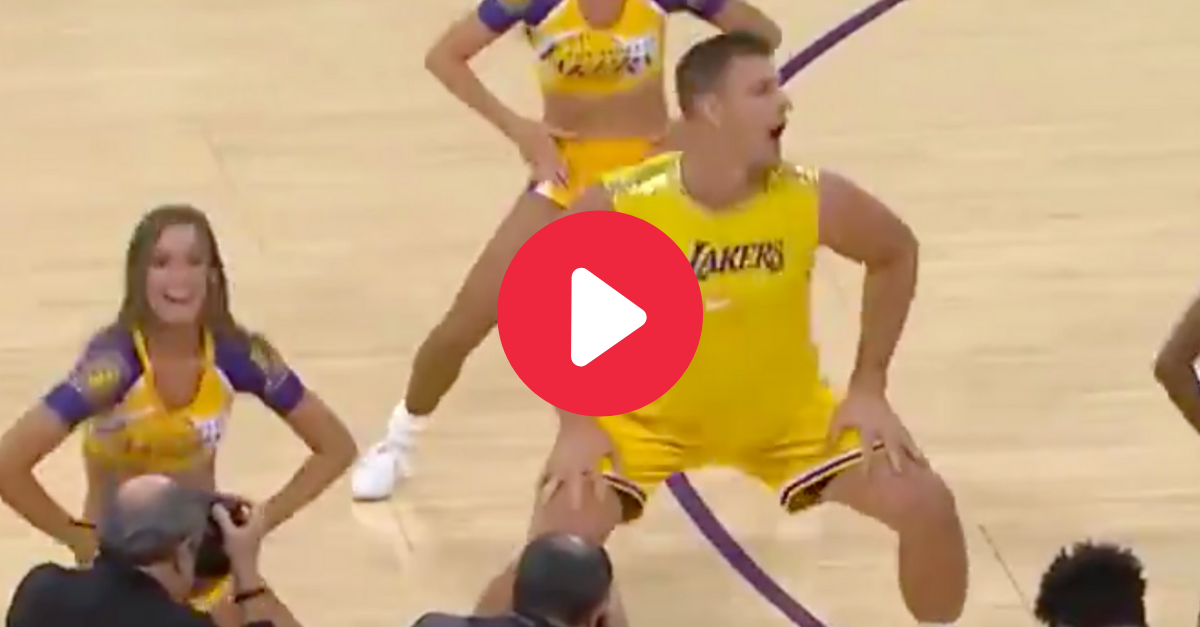 Going to a Los Angeles Lakers game at Staples Center is an experience unlike any other in the NBA. From celebrities in attendance to superstars on the court, the vibe there is just different. Then, when the unexpected happens, it takes it to a completely different level.

On a night when LeBron James broke a triple-double record ? becoming the first player in NBA history to register a triple-double against every team in the league ? in the Lakers? 112-107 win over the Oklahoma City Thunder on a Tuesday night in November 2019, the halftime show did all it could to upstage The King.

Venus WIlliams, James Corden and Gronk all performed during halftime at Staples 😂🕺 pic.twitter.com/oX0BEJ1aVm

Gronk sure looked like he enjoyed his brief retirement from the NFL anytime soon. Not only did he look like he?s loving life in this video with the Lakers? cheerleaders, but he also announced he would be at the Super Bowl in Miami and hosting a party called ?Gronk Beach.? Of course, he can take that party across the state now that he’s playing for the Tampa Bay Buccaneers.

Perhaps this was just practice.

As for Williams, Corden, and Karmel, this wasn?t exactly a normal Hollywood outing, but it definitely served a purpose.

Dancing at halftime was all part of a new CBS show called, ?Game On!? The show, inspired by Corden, will be hosted by Keegan-Michael Key and will feature Williams, Gronkowski, Karmel, and comedian Bobby Lee, according to Variety.

Karmel, a die-hard Portland Trail Blazers fan, went on social media to explain why he was in a Lakers shirt for the performance.

So there you have it. It was for a show, and to show off their dance moves in public.

MORE: Rob Gronkowski?s Net Worth: How Gronk Made (And Saved) a Fortune