Tampa Bay Buccaneers tight end Rob Gronkowski may seem a little immature at the surface. When it comes to his finances, the future Hall of Famer certainly isn't dumb. After all, he did come back from retirement to play with his old friend Tomy Brady and win another Super Bowl ring. It doesn't take brains to realize that's a smart move.

After saving all the salary money he made throughout his NFL career, as well as what's left over in endorsements, Gronk has an estimated net worth that definitely matches up with his gigantic personality. And he's not even done playing.

Gronkowski may be the best tight end in the history of the National Football League and professional football, though knee and back injuries led to his early retirement (or so we thought). Gronk grew up in Amherst, New York, and attended Williamsville North High School before playing his senior season at Woodland Hills High School near Pittsburgh, Pennsylvania.

After high school, he played two seasons at the University of Arizona where he was a Freshman All-American, then later was named First-Team All-Pac 10 as a sophomore. After sitting out his junior season following back surgery, Gronkowski was selected in the second round of the 2010 NFL Draft.

Rob Gronkowski's NFL Career is One for the Books 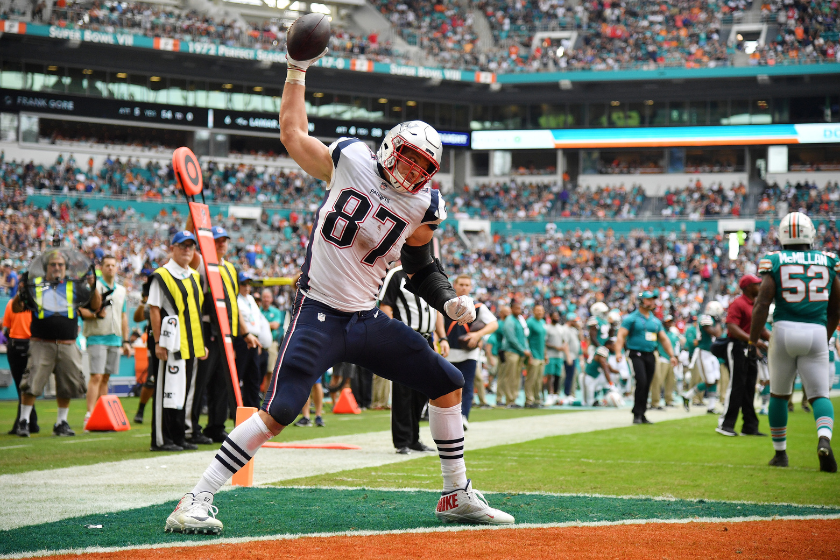 Gronk played nine seasons -- all with Tom Brady, Bill Belichick and the New England Patriots in Massachusetts -- and won three Super Bowls, including one in his last year against the Los Angeles Rams, in which he caught six passes for 87 yards in that game. What was allegedly the final catch of his professional career was 29-yard reception down the seam that led to the game-winning touchdown.In those nine seasons, Gronk caught 521 passes for 7,861 yards and 79 touchdowns. He was selected to the Pro Bowl for the AFC five times and was a First-Team All-Pro selection on four occasions.

He ranks 60th in NFL history in receiving yards and dominated in the playoffs, ranking fourth in playoff receptions (98), third in yards (1,389), and second in receiving touchdowns (15).

It won't take long before Gronkowski's No. 87 jersey is retired in Foxborough, and this is one jersey every single NFL fan alive today will remember forever. Gronk's health became a concern, which is why he retired after the 2018 season and spent the entire 2019 season away from football. But he couldn't be kept away long.

The four-time All-Pro football player shocked everyone and came out of retirement to play for Brady's Tampa Bay Buccaneers during the 2020 season affected by the coronavirus pandemic and COVID-19 outbreak. The Patriots traded the four-time Super Bowl champion to the Bucs in a deal that involved multiple draft picks.

Wouldn't you know it, Gronk and Brady were once again playing in the playoffs. The Buccaneers beat the Washington Football Team and New Orleans Saints to advance to the NFC Championship game against the Green Bay Packers. That must be weird considering he used to be a staple in the AFC Championship game. The storybook season ended with a Super Bowl win over the Kansas City Chiefs in Tampa, Florida. He earned another Pro Bowl appearance, too.

Gronk's return wasn't just for a single season, either. He thrived again in 2021. How much longer will the 32-year-old play? Well now we have our answer.

Ahead of the 2022 NFL Season, Gronk has announced that he's caught his last touchdown and will be heading back into retirement. After 11 seasons and countless memories, Gronk is heading off into the sunset with four Super Bowl rings, more than 26 NFL franchises. Wow. That's some serious dominance. 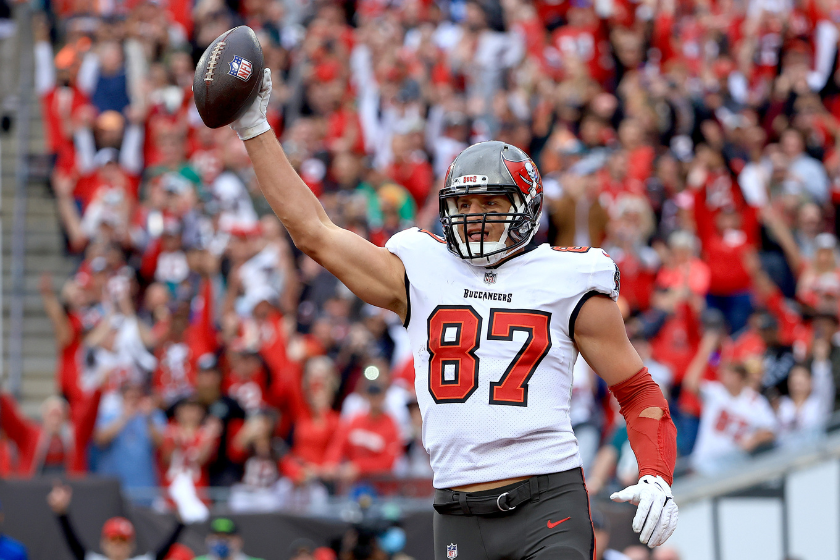 In nine seasons before returning in 2020, Gronkowski only made $24.7 million in contract money with just one season making more than $5 million.

Thankfully, the extra signing bonus and incentives in his contracts helped him rack up quite a bit of money. And with smart spending habits, he retired for the first time as an extremely wealthy man.

It is easy to assume because of his crazy partying that Gronkowski was spending loads of money on crazy stuff that NFL players have been known to do, like racking up thousands of dollars in bar tabs, but that couldn't be farther from the truth. There are few professional athletes who have the financial maturity of Gronkowski.

With the help of endorsement deals with Tide, Nike, Dunkin' Donuts, Visa, T-Mobile, Lyft, Cheerios, USAA, BodyArmor SuperDrink and Monster Energy, Gronk was able to go his entire NFL career without spending any money from his actual football contracts, saving a majority of his first $50 million in career earnings. He's also gotten to star in commercials alongside his girlfriend Camille Kostek.

Gronkowski's first life after football didn't appear to slow down, as he began investing in various businesses like Gronk Fitness Products and Gronk's Hot Sauce while also doing appearances for big-name brands. He even signed with WWE and hosted WrestleMania as well as appeared in TV shows like "Entourage" and "Family Guy."

Rob Gronkowski's Net Worth After His NFL Career 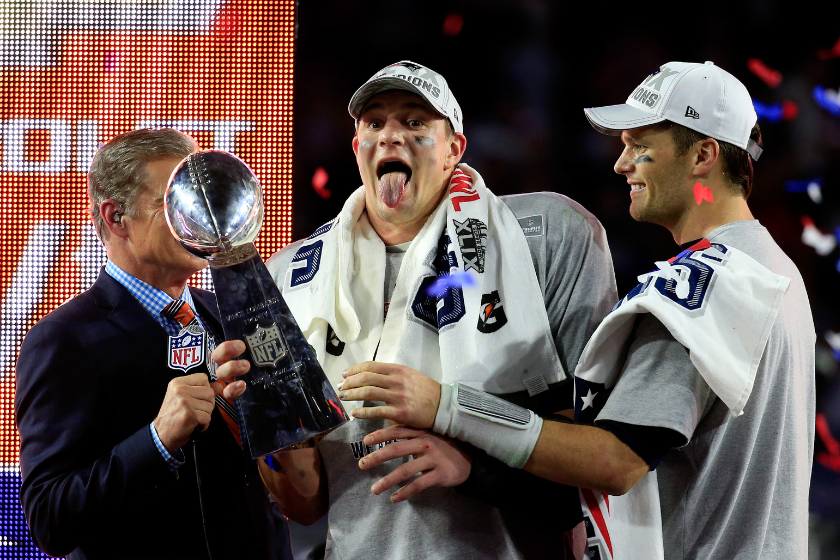 Even though he has saved so much money throughout his pro career, Rob Gronkowski's net worth is estimated at about $45 million, per Celebrity Net Worth. There is still a ton of money for the football player to make outside the sport, too, but it's clear he's not quite done playing.

The American football player will only add to the great wealth he has accumulated over the last decade and show how well his recent partnership with CBDMedic has worked in returning him to a healthy state, both physically and mentally.

Man, it's good to be Gronk.

MORE: Tom Brady's Net Worth is Nowhere Near His Supermodel Wife's