Former New York Yankees legend Derek Jeter was one of the hottest commodities in sports throughout his playing days, both on and off the baseball field. And if you don't believe us, we implore you to check out ESPN's new docuseries "The Captain."Simply put, Derek Jeter is one of the most recognizable and popular baseball players of the last 20th and early 21st Centuries. It takes a lot to carve out a place for yourself within the legendary New York Yankees organization, and Jeter did just that. When talking about the greats who wore pinstripes in the Bronx, any list without the Captain is incorrect.

Off the diamond, the Baseball Hall of Fame shortstop was arguably the most eligible bachelor in the nation during his heyday, and he took advantage of the single life while living and playing in New York City.

While Jeter eventually settled down and married his wife Hannah Davis, his dating history is proof the professional baseball player enjoyed NYC's dating scene while it lasted.

Hannah Jeter Made a Name For Herself in Magazines 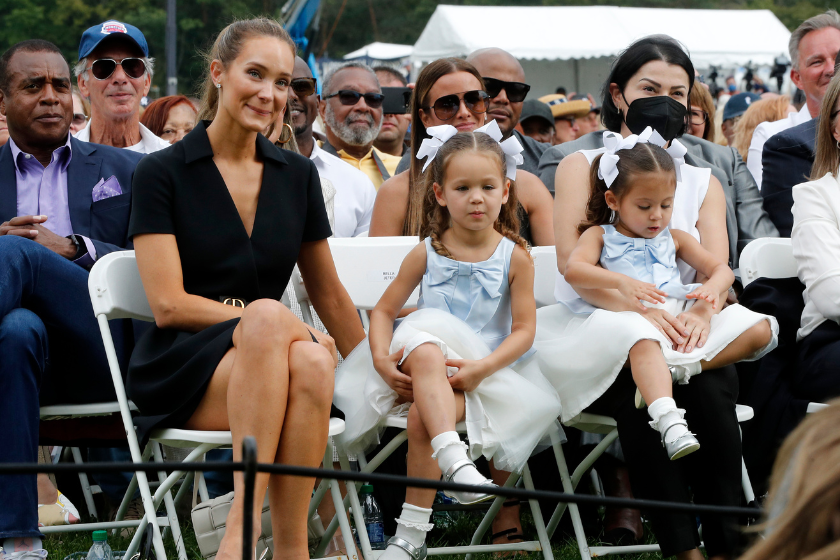 MLB star Derek Jeter has been married to his wife Hannah Jeter since 2016. They tied the knot at a wedding in Napa Valley, California.

Model Hannah Davis, before she married the Yankees star shortstop, is best known for her work as a swimsuit model and a Victoria's Secret supermodel. Davis has also modeled for other top companies such as Ralph Lauren, Levi's and Tommy Hilfiger, and was featured in a Sports Illustrated Swimsuit Issue.

She and MLB All-Star Jeter were spotted together for the first time in 2012, but kept their relationship under wraps until their engagement. The power couple now has two children.

Their first child, baby girl Bella Raine Jeter, was born in 2017. The pair have since added to their roster with their second daughter Story Grey Jeter in 2019 and most recently welcomed their third child, River Rose Jeter, in 2021.

They keep their personal life under wraps, and don't post pictures of their children on social media to maintain their privacy.

Prior to settling down with Hannah Davis, Jeter boasted a Major League dating history that made Page Six look like Tinder, having been rumored to be with many A-List celebrities.

Most notably, Jeter was rumored to be in a red carpet relationship with Hollywood actresses such as Jessica Biel and Minka Kelly.

Additionally, the Hall of Fame shortstop has been linked to other celebs like Mariah Carey, Adriana Lima and Scarlett Johansson, among others. If you're confused not seeing Jennifer Lopez on this list, there's a reason. You're thinking of Alex "A-Rod" Rodriguez, who played on the left side of the Yankees infield together. Khloe Kardashian may have dated outfielder Matt Kemp, but never had a romantic connection with Major League Baseball's favorite shortstop, contrary to popular belief.

Life After Baseball for the Jeters 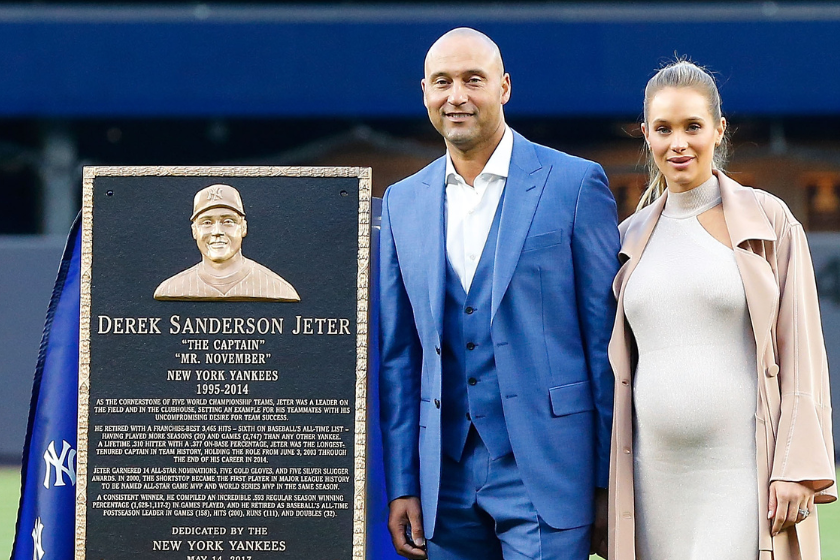 Following his MLB career, Jeter stepped into an ownership role in the majors, taking on a key position with the Miami Marlins, who made an improbable run to the playoffs during the pandemic-shortened 2020 MLB season. However, Jeter's tenure in Miami would be brief as he stepped down from his role ahead of the 2022 MLB seasno, citing a difference in the opinion with the club's new direction. "The vision for the future of the franchise is different than the one I signed up to lead," Jeter said in a statement following his departure. "Now is the right time for me to step aside as a new season begins."

The five-time World Series champ also founded the popular website The Players' Tribune, as a way for athletes to tell personal stories from their own perspectives.

While Jeter was once loving the single life, he's settled down with Davis in retirement and is now fully a family man.