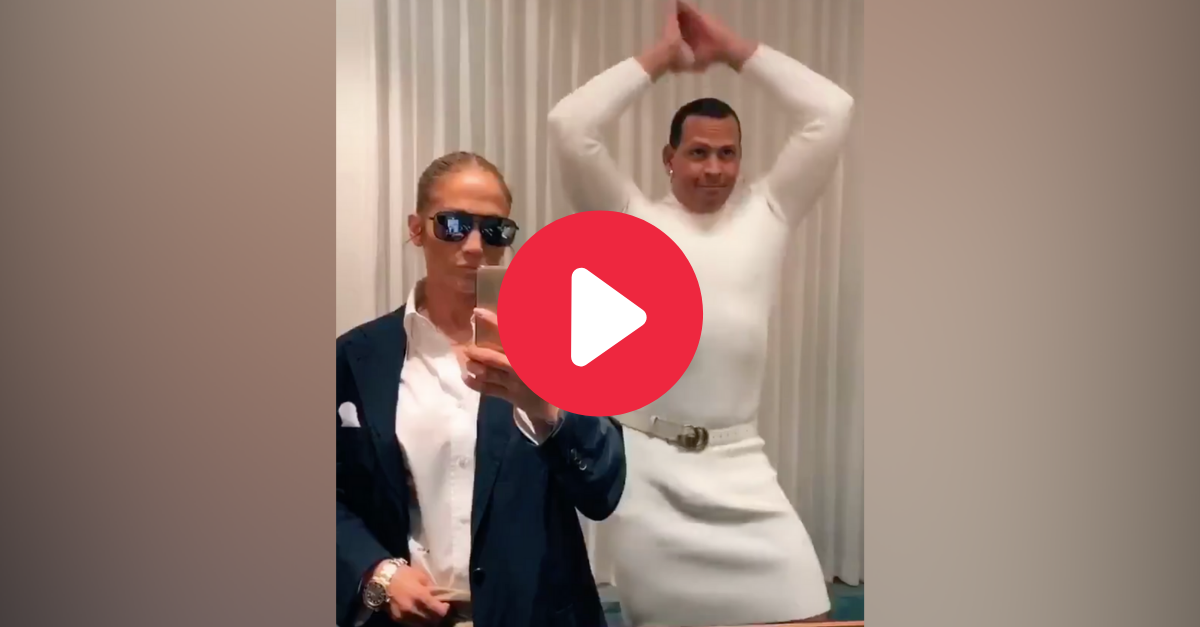 Alex Rodriguez may be a tad jealous of his fiancee‘s dance moves.

Let’s just say A-Rod looks better in a suit or in those New York Yankees pinstripes than he does in Lopez’s white dress.

A-Rod and J-Lo swapped clothes in a hilarious video for the social media app TikTok.

The video begins with J-Lo dancing to the song “Nonstop” by rapper Drake for what’s called the “Flip the Switch” challenge. The pair swap clothes when the lyrics “I just flipped the switch” play and we are delighted with A-Rod attempting to belly dance…or whatever you want to call that.

Meanwhile, J-Lo looks like a total boss in her fiancee’s oversized clothes, although I’m not sure I can say the same for A-Rod. Maybe white just isn’t his color?

A-Rod and J-Lo aren’t the only notable people to take part in the TikTok craze. Former Democratic presidential candidate Elizabeth Warren and Saturday Night Live’s Kate McKinnon’s partook in the TikTok challenge for a pretty comical video as well.

Lopez has made a career of dancing and signing and best known for hits like “On the Floor”and “Jenny from the Block.” Besides her Super Bowl performance, the celeb has appeared on Dancing With The Stars and mastered pole dancing in the movie Hustlers.

Rodriguez grew up in Miami but clearly spent more time on the baseball field than he did on the dance floor. He was taken first overall in the 1993 MLB Draft by the Seattle Mariners and put together a 22-year, Hall-of-Fame-worthy baseball career.

At least A-Rod’s dance moves weren’t as embarrassing as the time he got caught on the toilet with his pants down.

MORE: Viral Toilet Pic Caught A-Rod with His Pants Down