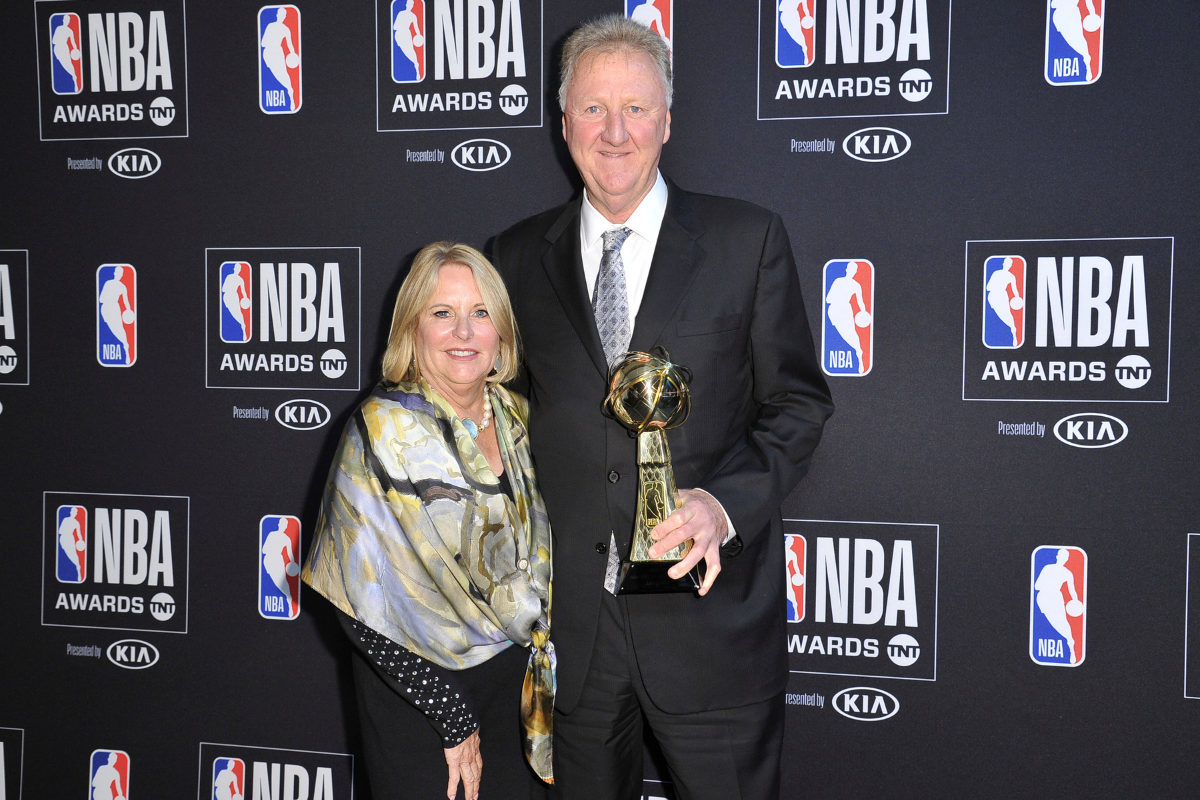 Larry Legend keeps to himself. He has since he was born Larry Joe Bird in West Baden Springs, Indiana on December 7, 1956.

The one place he lets loose is on the basketball court.

The Hick from French Lick burst onto the national stage as a standout at Indiana State University. His passing, shooting and a dynamite pale-blonde mustache led Bird to being selected with the sixth-overall pick by the Boston Celtics in the 1978 NBA Draft.

He deferred a year to lead the Sycamore basketball team to the 1979 NCAA championship game against Magic Johnson and Michigan State, the only title game appearance in school history (The Magic-led Los Angeles Lakers and Celtics met a few times after).

Bird did all right for himself in Boston: Rookie of the Year, three-time regular season Most Valuable Player, three NBA championships, three NBA Finals MVP awards, 12 NBA All-Star Game appearances and a gold medal as a member of the Dream Team at the 1992 Barcelona Olympics.

The all-time Celtics player is one of the greatest basketball players in NBA history. In 1996, he was named one of the 50 greatest players of the National Basketball Association; and in 1998, he was inducted into the Naismith Memorial Basketball Hall of Fame.

After retiring in 1992, Bird transitioned into a new stage of his basketball career. He served as head coach of the Indiana Pacers for three seasons, winning NBA Coach of the Year in 1998 and leading the franchise to its only NBA Finals appearance in 2000. He ascended to the front office as the Pacers President of Basketball Operations in 2003. He won the NBA Executive of the Year in 2012 when the Pacers earned the third seed in the East but fell to the Miami Heat in the Eastern Conference semifinals. He’s currently in an advisory role.

Larry Legend’s professional career is well-documented, his on-court persona molded him into one of the greatest basketball players of all time.

As for his personal life, the former superstar keeps it under wraps.

RELATED: Magic Johnson’s Wife Has Stood By His Side Through It All

In 1975, Bird married Springs Valley High School classmate Janet Condra. The two got hitched and divorced in less than a year.

The professional basketball executive and Condra attempted to reconcile and had a daughter, Corrie Bird, in 1977. The couple split for good not long after.

Bird hasn’t been involved in his daughter’s life. Corrie went into detail about her lack of relationship with her father in a 1998 Sports Illustrated article.

“When I was younger, I would send him letters, and my mom would send him my school pictures and report cards,” she said. “We would send them certified mail to make sure he received them, but he just didn’t respond.”

The former NBA player met his second wife, Dinah Mattingly, at Indiana State. They got married in 1989 and adopted two children: Connor and Mariah Bird. Dinah likes to keep a low profile, making rare public appearances with her husband at basketball games.

Connor was charged for attempting to run over his ex-girlfriend at Indiana University in 2013. He reached a plea deal in 2014.

Inside the lines, the three-time NBA champion will talk trash and showcase his personality. Outside, he’s reserved and cautious.