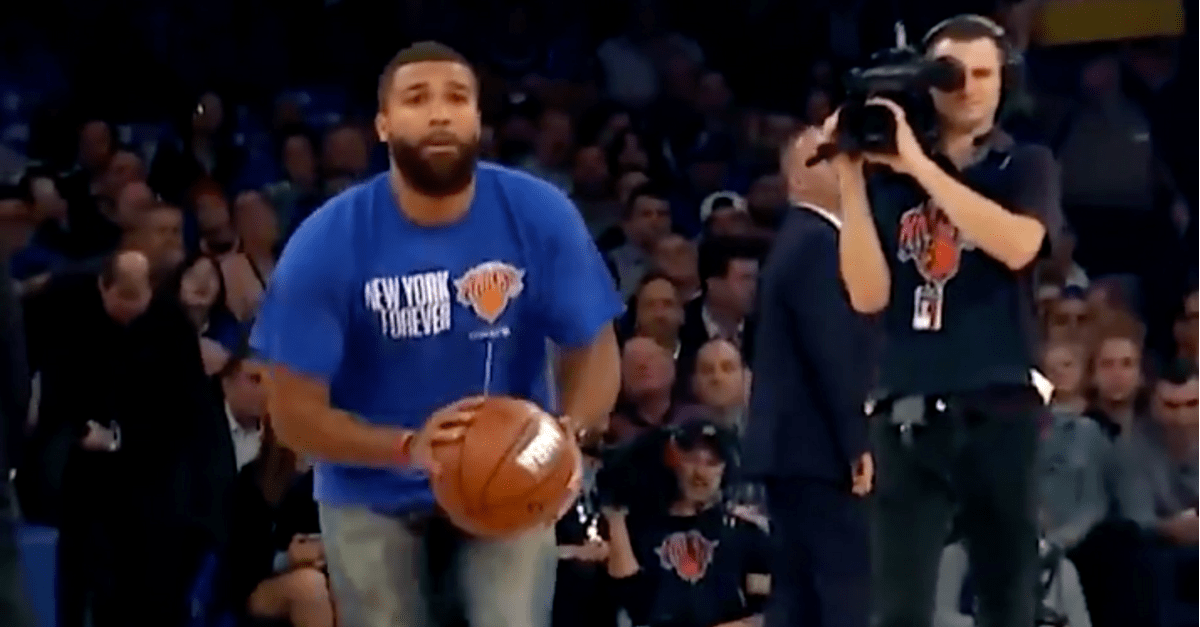 Before the New York Knicks even made a field goal during the first quarter of Wednesday night?s season opener, one fan turned Madison Square Garden into an unexpected party and started his NBA season off better than almost anyone else could.

Nearly four minutes had gone by in the season-opening game and the Knicks were still without a field goal. Head coach David Fizdale called a timeout with his team down 10-2 to the Atlanta Hawks, looking for a spark after New York missed its first nine attempts from the field.

Luckily, one fan took matters into his own hands by banking in a half court shot and inspiring the Knicks to finally show up. Oh, and he won $10,000, too.

A Knicks fan banked a half-court shot for $10k … before the Knicks had even made a field goal (0-9) 😅 pic.twitter.com/xR6Sn6gLnm

RELATED: Inside the NBA?s New Segment is Downright Hysterical

For whatever reason, that fan?s shot did the trick.

On the next possession after the timeout, Frank Ntilikina made a 3-pointer and the Knicks were off and running.

In a few weeks, this game will be a blur, just a distant memory, but maybe everyone should remember that a Knicks fan actually hit a shot before the team did to start the season for a very long time.

Perhaps James Dolan can hook the fan up with a contract.