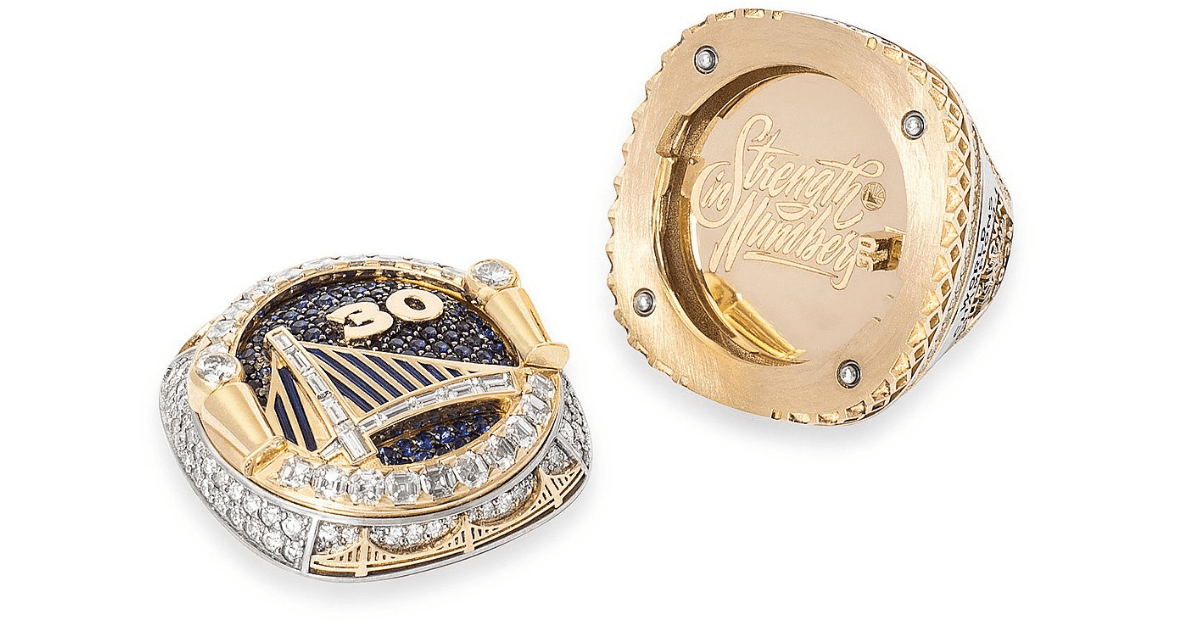 Before the Golden State Warriors began the quest for the NBA?s second three-peat this millennium, there was some pretty cool business to take care of. The unveiling of another championship banner was the grand finale before the regular-season opener, but that wasn?t the most amazing part of the night.

A countdown from superstar guard Stephen Curry before the 2017-18 title banner appeared inside a jam-packed Oracle Arena is something that will give basketball fans chills. Yet, upon further review, the NBA championship rings clearly stole the show Tuesday night.

Designed by Jason of Beverly Hills, the entire Warriors organization have a piece of bling unlike anyone else in league history.

RELATED: Inside the NBA’s New Segment is Downright Hysterical

Having a rare ring is nothing new to NBA champions. That?s the perk of winning a title. But Golden State took it to another level with the first reversible championship ring ever to represent back-to-back NBA Finals.

There custom rings have 74 sapphires on one side and 74 diamonds on the other ? a number the represents the number of wins during the championship run ? with the team?s slogan, ?Strength in Numbers? on the inside when the top of the ring is removed.

On one side of the ring there are 56 stones to represent the number of years the Warriors have been in the Bay Area also features the 2018 playoff series records.

Oh, and to top it off, there is bristle texture on both sides of the ring to represent the series sweep in the NBA Finals against LeBron James and the Cleveland Cavaliers.

First reversible championship ring ever! Jason of Beverly Hills coming through with some innovative work in the championship hardware department. 🏆💍 #DubNation pic.twitter.com/wlxCXZQuQw

Every member of the organization in Oakland received a ring before beating the Oklahoma City Thunder, including All-Stars Stephen Curry, Kevin Durant, Klay Thompson, and Draymond Green. Curry even made sure Director of Team Operations, Eric Housen, got his moment in the spotlight.

Whether you love or hate the Warriors, this is one of the greatest runs in NBA history, and now they have another amazing ring to prove it.