He's controversial to some and a living legend to others. In Cleveland, he was the savior the city craved for a couple of seasons while showing signs of the franchise's quarterback woes. He's a lot of things, but Carolina Panthers quarterback Baker Mayfield has another title he puts above the rest: husband.

Back in 2019, Mayfield married girlfriend Emily Wilkinson at a ceremony in Malibu, California. The pair started dating following Oklahoma's 2018 Rose Bowl loss to Georgia and made their first public appearance during a Los Angeles Clippers game. Just over a year later, they were hitched.

Former college football teammates Tanner Schafer and Grant Calcaterra served as ushers during the ceremony, according to OU Daily. 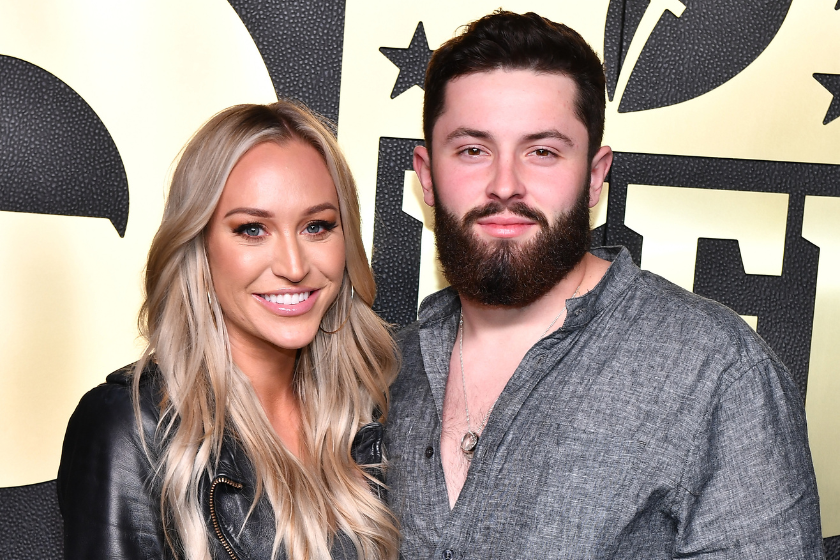 RELATED: After the Watson Suspension, Cleveland Now Faces a Decision: Win with Brissett or Trade for Jimmy G

Emily (Wilkinson) Mayfield, 31, is a former Instagram model and social media influencer. She has an even more famous family member. Her brother, who goes by Sammy Wilk, has 2 million followers on his Instagram account.

Originally from Omaha, Nebraska, she previously attended the University of Nebraska-Lincoln and worked at Galanis Plastic Surgery as a patient coordinator in Beverly Hills every day before quitting her "favorite job ever" to move to Cleveland, Ohio after Baker was drafted No. 1 overall in the 2018 NFL Draft, according to TMZ.

"A year ago today, you asked me to spend forever with you, and next weekend we officially say 'I do.' I am truly the luckiest girl in the world," Wilkinson said in a social media post before their wedding and one year after his rookie season.

Recently, Emily shared how her husband has been doing following Deshaun Watson's trade to the Browns this offseason. The move effectively ended Baker's career in Cleveland, and he has yet to find a new team, but Emily said his spirits are high in a Q&A on her Instagram story.

"He's great!" Emily wrote. "Been training a ton and playing plenty of golf in his free time."

She said there's "no ill will" toward the Browns organization.

"End of the day, it's a business," she wrote. "Baker and I are so thankful for our 4 years there! No ill will on our end!"

That being said, she was very thankful when her husband was traded to the Carolina Panthers in July. "[O]n anniversary day too," she wrote in the caption over her Instagram story, including an eyeballs emoji and blue and white hearts. "Love to see it!"

Even though Mayfield only threw 17 touchdowns against 13 interceptions last season, he was playing with a torn labrum in his left shoulder a majority of the year. Panthers head coach Matt Rhule named him the starter over Sam Darnold for their Week 1 matchup against, who else, the Cleveland Browns.

She Thought He Was a "Punk Football Player" When They Met 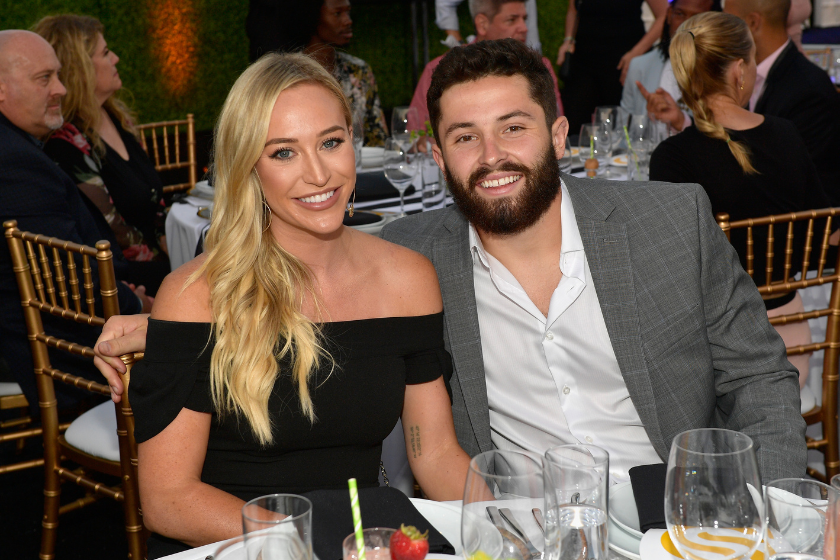 Emily told ESPN's Mina Kimes in 2019 the story of how they met. Apparently she was pretty worried Baker would be the "punk football player" she was expecting:

The quarterback and his fiancée, who is from Nebraska, were introduced in 2017 by a mutual friend. At the time, Wilkinson was living in Los Angeles. She says she was wary of dating a "punk football player" and ignored Mayfield's advances for months: He repeatedly followed and unfollowed her on Instagram, trying to attract her attention. Finally, in late December, they exchanged messages. He begged her to meet him before the Rose Bowl, his final college football game. She reluctantly agreed to grab lunch.

"I was assuming he'd be the typical playboy athlete," says Wilkinson, who is four years older than Mayfield. -- Mina Kimes, ESPN.com.

I guess he made quite the impression on Emily, because two years later they were hitched.

Even years after Baker's successful college career at the University of Oklahoma, it's safe to say Emily got herself a keeper.

MORE: Manti Te'o and His Infamous Girlfriend Hoax Get the Netflix Treatment