You've got Ben Simmons, Blake Griffin, James Harden, and Tristan Thompson. That team would certainly have a height advantage and share a strong bond having been connected to a low-key family from Los Angeles.

Devin Booker rounds out the lineup. 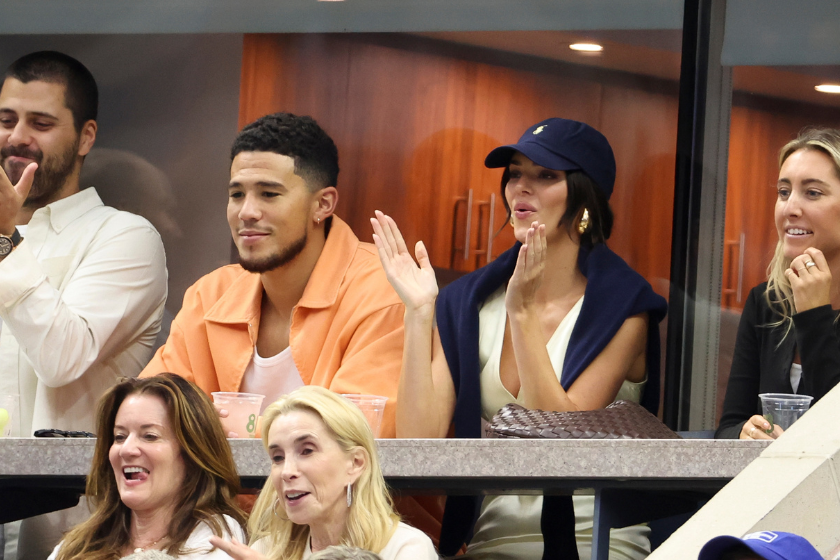 Back in the early days of the coronavirus pandemic and COVID-19 outbreak in April 2020, the former Moss Point High School basketball player and Jenner took a road trip from LA to Sedona, Arizona that sparked rumors of a potential relationship.

A source close to the "Keeping Up with the Kardashians" star elaborated:

"She and Devin have a lot of mutual friends. They're just friends for now but you never know with Kendall," the source said [according to PEOPLE]."

Jenner clapped back to a TikTok regarding her past with NBA players when news of the trip reached the media.

they act like i?m not in full control of where i throw this cooch https://t.co/DOCPKMdW6K

The NBA star and Jenner had run in the same social circle for a minute before they got together. He previously dated Kylie Jenner's ex best friend Jordyn Woods. The former couple went on a double date with Jenner and Simmons in May 2018.

In June 2020, a source revealed the two have something more to their relationship:

"They're hooking up, but they're not serious," a source exclusively revealed to Us Weekly in June 2020. "She's talking to a couple different guys. She has so many men after her it's crazy."

After Book and the Suns went 8-0 in the 2020 NBA Bubble but fell short of making the playoffs, he had a lot of free time to spend in Los Angeles with Jenner. He's familiar rolling with high profile celebs, too. The two-time All-Star is friends with superstar rapper Drake.

The couple has taken hikes in Idaho and attended the Super Bowl with Justin and Hailey Bieber, flirted with emojis on Instagram and frequented Malibu restaurants such as Nobu. The Grand Rapids, Michigan, native even earned an invite to Kim Kardashian's private island where they could pretend things were normal just for a brief moment in time. The two have also traveled to Italy together to attend Kourtney Kardashian and Travis Barker's wedding in May 2022.

The couple went Instagram official on Valentine's Day 2021 when they posted pictures of each other on their respective Instagram stories nearly one year after rumors started going around. The couple isn't big on PDA and Booker tends to stay home when Jenner attends high-profile events like the Oscars. 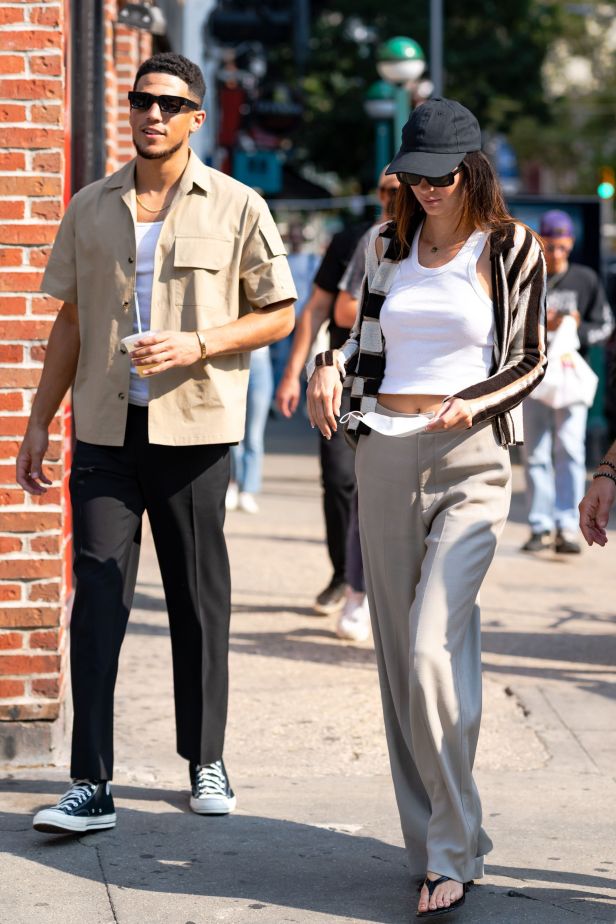 Kendall made sure to support her boyfriend Devin Booker at Suns games throughout the 2021 NBA Playoffs. She traveled to Arizona to watch Phoenix win Game 1 of the 2021 NBA Finals over the Milwaukee Bucks. The 26-year-old also attended the Suns matchup against the Los Angeles Lakers at the arena formerly known as Staples Center last October.

I'm sure ESPN will repeatedly cut to the reality TV star whenever she's attending an NBA game.

Rumors of Booker and Jenner splitting up circulated the Internet in early June 2022, but those were quickly put to rest as the two have been spotted at several events together since. Booker's life will be much busier now that the NBA season is underway, but Jenner is sure to take time out of her busy schedule to support him.