The Boston Celtics' third overall pick in the 2017 NBA Draft is already bearing fruit. Jayson Tatum is as creative a scorer as anyone in the NBA. He can dust defenders with dribble moves or let his silky jumper go to work.

Family fuels the Celtics star. He was born in St. Louis, Missouri, on March 3, 1998, to Justin Tatum and Brandy Cole. Justin is a gym teacher and basketball coach at Christian Brothers High School. At the same time, Brandy is an attorney and shares a close relationship with her son.

Now, Jayson has a family of his own. His road there was a little rocky. 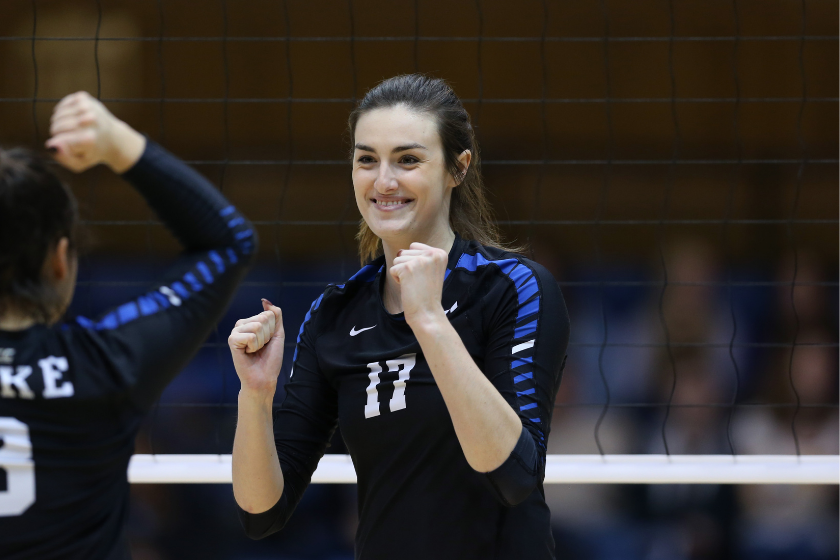 In his lone year at Duke, Tatum dated volleyball player Samie Amos. The two were going along fine until news broke that the NBA star's ex-girlfriend Toriah Lachell, who he dated in high school, was pregnant with Tatum's child during his rookie year. Their son, Jayson Christopher Tatum Jr., aka Deuce, was born on December 7, 2017. Tatum and Amos had a falling out shortly after his birth.

The basketball player made an Instagram post celebrating his son's first birthday. Amos replied with a negative story aimed at her ex, per Sports Gossip.

The Celtics' small forward and baby mama aren't romantically involved, but they're cordial in raising Deuce. Jayson Jr. has become a staple at Boston home games. He circulated social media as a member of the Celtics' virtual fan section in a game against the Portland Trail Blazers in the Orlando bubble during the pandemic. 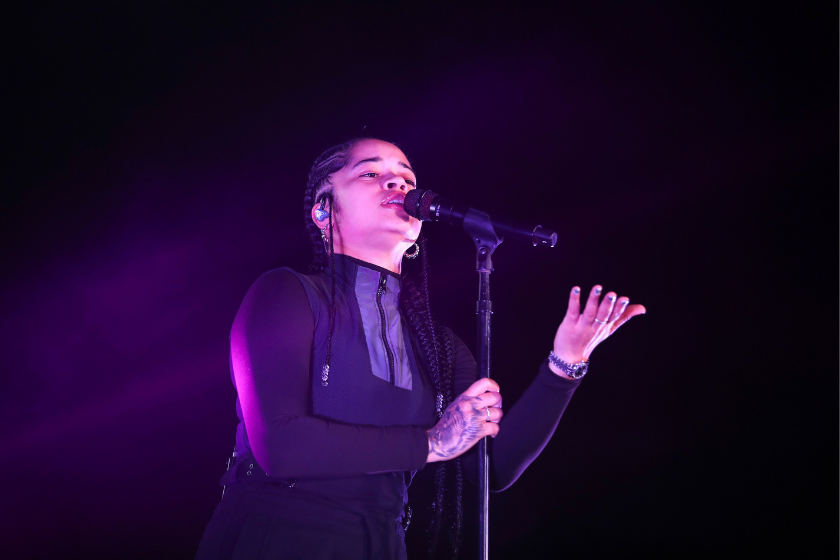 In early 2019, trending news surfaced that the NBA player was dating British R&B singer Ella Mai, who had the hit single "Boo'd Up," when the two started flirting over Instagram. Tatum made a trip to Mai's Baltimore show on March 16, 2019, just hours after playing a home game against the Atlanta Hawks.

The two appeared to be going steady during the COVID-19 pandemic, as she visited his Missouri home in October 2020.

But reports began to surface in late 2021 that Tatum might be dating model Bella B. She showed up to his game against the Lakers in December, after all. But, then again, so did Ella Mai. So who knows! 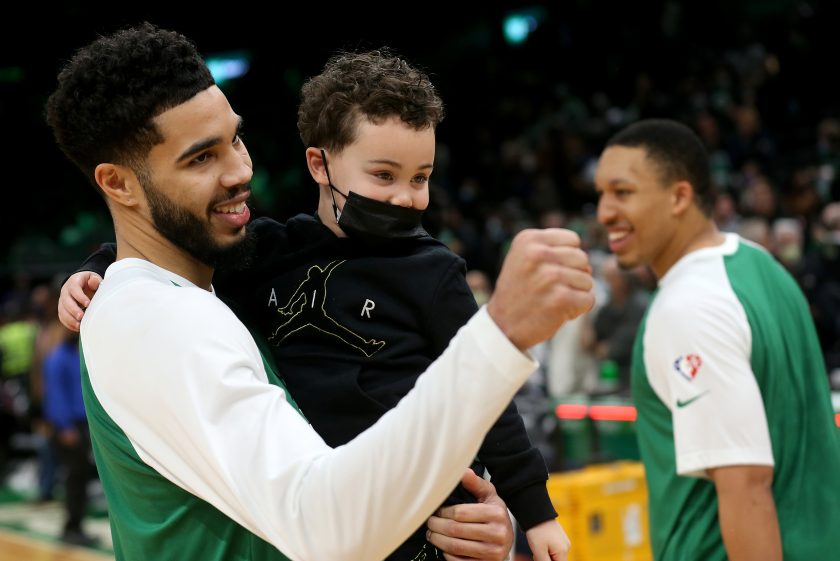 When Tatum isn't dating, he's leading the Celtics in taking down the Los Angeles Lakers and LeBron James along with Kevin Durant and the Brooklyn Nets. He's looking to lead the Celtics back to the playoffs where they belong.

Tatum's love life has been nothing if not entertaining. Dating two girls at the same time? Check. Salty social media post? Check. Dating a famous singer? Check. No matter the relationship status, the NBA All-Star is an active father who radiates love for his son.

MORE: Kyrie Irving & His Fiancée Are Building a Family