Miami Heat guard Tyler Herro may just be 22 years old but he's taken the NBA by storm so far in his young career. He showed he's ready for the big stage during the Heat's run to the 2020 NBA Finals, when he scored a ridiculous and record-setting 37 points against the Boston Celtics in Game 4 of the Eastern Conference Finals. Don't tell Paul Pierce that his nickname is Bucket, though.

The former Kentucky Wildcat and pride of Wisconsin's Whitnall High School turned out to be a pretty darn good choice in the 2019 NBA Draft. The first-round pick has a career average of 16.7 points per game, 4.7 rebounds per game and 3.2 assists per game as he wraps up his third NBA season. He also won the 2021-22 NBA Sixth Man of the Year award after posting 20.7 points per game. This is all despite his infantile age.

The 22-year-old NBA player can't even rent a car (not that he needs to), but he has a girlfriend who can. Meet the Miami Heat star's Instagram model gal pal, Katya Elise Henry.

Henry is a big name in the world of social media, as she's racked up nearly eight million followers by posting pics in swimwear on Instagram. She's also a fitness model who designs workout programs and has her own website, Workouts by Katya, aimed at people looking to "build their booty."

According to The Sun, Henry is 27, which is significantly older than her 22-year-old boyfriend.

Model Katya Elise Henry has dated some pretty well-known stars. She's been spotted with singer Austin Mahone in the past and even reportedly dated Washington Wizards small forward Kyle Kuzma when he was a member of the Los Angeles Lakers. 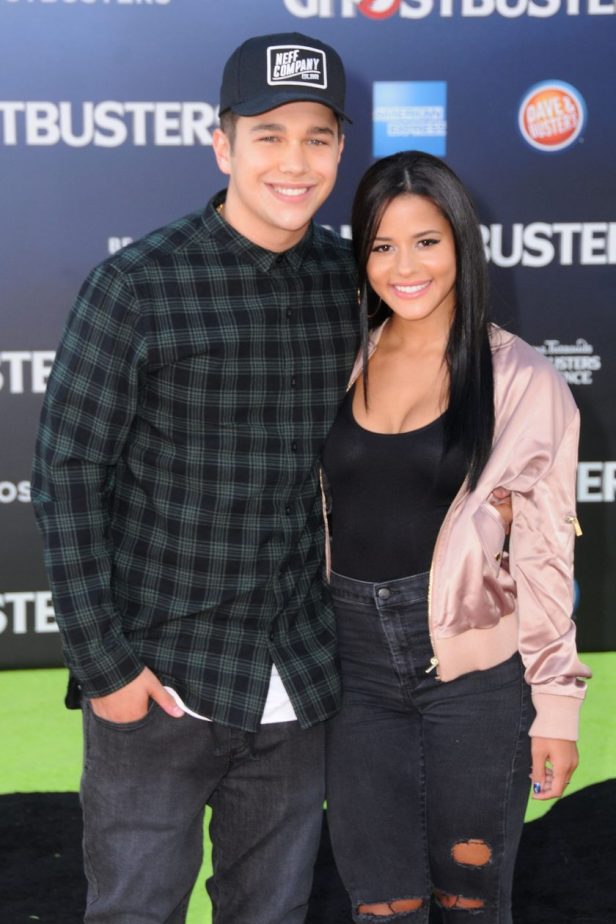 Katya Henry and singer Austin Mahone were pretty serious back in 2016.

She turned heads when she appeared in his music video, "Put It On Me" featuring Sage The Gemini. The two also hit the red carpet together for the premiere of "Ghostbusters" in 2016 at the TCL Chinese Theatre in Hollywood.

Mahone gained fame years ago for his song covers on YouTube. He now has more than 11 million followers on Instagram. He notably starred in a song with Pitbull called "Mmm Yeah," which has more than 230 million views on YouTube and peaked at No. 49 on the Billboard Hot 100.

By early 2017, reports indicated the two had split up, however.

The story of how Henry and Herro met was as simple as three letters.

The coronavirus pandemic and COVID-19 outbreak forced many to shoot their shot and ask people out over social media, and that's exactly what Herro did.

Herro took to Twitter in March 2020 to send a simple message to the Instagram model. The "wyd" tweet -- which means "what you doing?" for the older folks reading -- worked like a charm and nabbed her attention.

Henry responded, "quarantine n chill?" and the rest of their trending relationship is history.

Since then, the two have spent a ton of time together, including dancing in TikTok videos and soaking up some sun on a boat.

He Let Her in The NBA Playoff Bubble

As the Miami Heat took down the Indiana Pacers, Milwaukee Bucks and Boston Celtics in the 2020 NBA Playoffs last year, the league allowed players to let up to four guests -- most of which are family, friends and girlfriends -- into the NBA bubble at the ESPN Wide World of Sports Complex inside Walt Disney World in Orlando, Florida.

The Miami Heat guard let his influencer girlfriend into the Bubble and the two celebrated the Heat's win to send them to the NBA Finals against LeBron James, Anthony Davis and the rest of the Lakers.

"THATS RIGHT WE GOIN TO THE FINALS @MiamiHEAT," Henry tweeted.

The Heat's Cinderella run was cut just short with the Lakers winning the championship series in six games.

They Welcomed Their First Child in 2021

"& on the 14th day of September, a PERFECT PRINCESS arrived to rule the world ? Zya Elise Herro ?'' We did thaaaaat @nolimitherro ??'???," said Henry in an Instagram post.

The couple appears to be happier than ever. They post about each other on their Instagram stories with loving messages.

After Herro posted a regular-season career-high 32 points in late December 2021 against the Washington Wizards -- a number he's since surpassed twice, he brought home two roses for his girls. In response, Henry wrote on her Instagram story about how much she loved being a mom.

"I know i say it a lot but I'm obsessed with this new ME And NEW LIFE I've adapted to wow God really did that," she wrote.

"Just thinking about how being a mom reality is the best shhhtyt ever. Like every day I can't wait to wake up & just be Zya's mom and hold her and take care of her."

Tyler Herro is only 22 years old, but he's living his best life right now. He and the Heat are yet again in the 2022 Eastern Conference Finals against the Boston Celtics. He added 18 points, eight rebounds and three assists in Game 1.

The only thing that can make having a model girlfriend and daughter better is winning a title and bringing a banner back to Miami.