Kyrie Irving & His Fiancée Marlene Wilkerson Are Building a Family 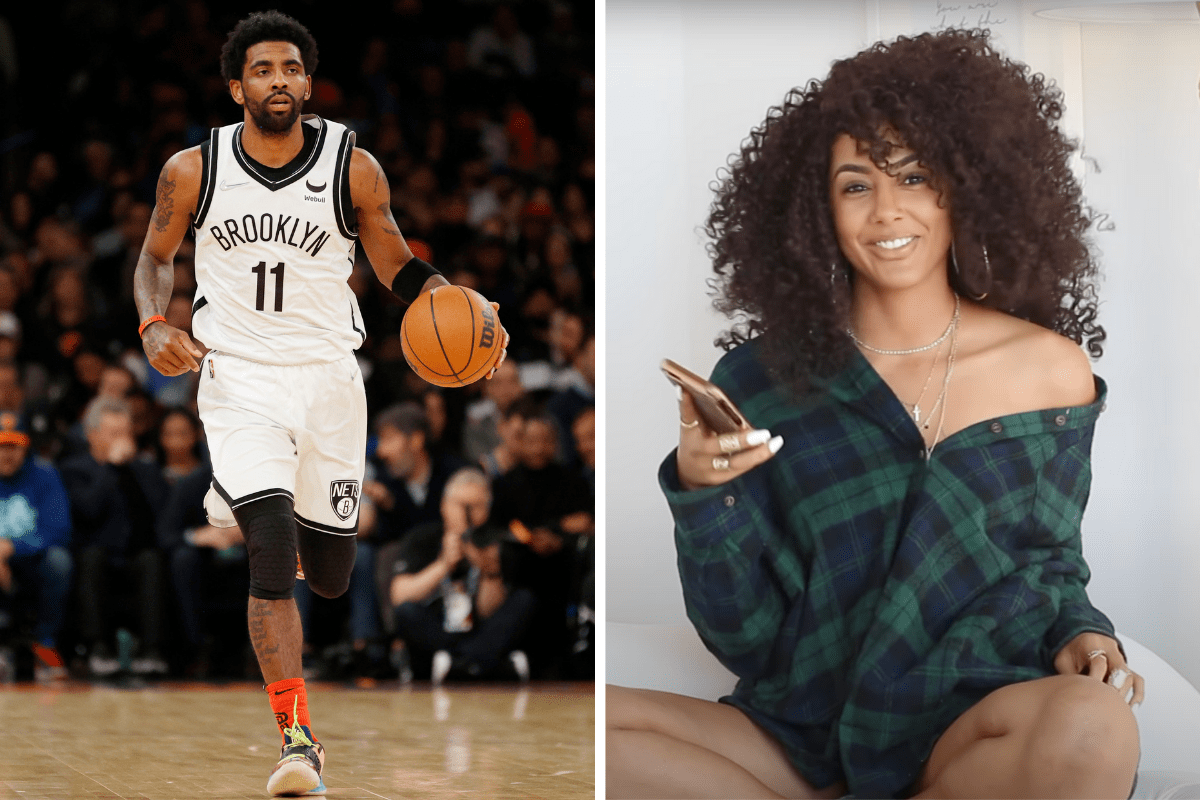 Kyrie Irving isn’t afraid to shoot his shot. In the biggest moments, the elite basketball player wants the rock in his hands. He proved he has the clutch gene by nailing the dagger in Game 7 of the 2016 NBA Finals to secure the title for the Cleveland Cavaliers.

Since signing with the Brooklyn Nets in free agency 2019, the former Blue Devils point guard and son of Boston College legend Drederick Irving, is a co-magician on New York City’s hottest NBA team with Kevin Durant and James Harden, before “The Beard” was dealt to the Sixers. He’s comfortable back home in the New York City metropolitan area after attending St. Patrick’s High School in nearby Elizabeth, New Jersey. There’s one thing that’s missing: an NBA Championship in Brooklyn.

The Nets have the talent and depth to make a deep NBA playoff run under head coach Steve Nash and Kyrie is a big reason for their continued success on the hardwood.

The confidence Irving has with the ball in his hands translates to his personal life. He’s dated several women who aren’t strangers to the spotlight.

Kyrie Irving’s girlfriend was singer Kehlani for a brief period in 2016. Their relationship made news when Kehlani was accused of cheating on the first-overall pick in the 2011 NBA Draft with her ex-boyfriend, R&B singer PartyNextDoor. The rumors came after PartyNextDoor posted an Instagram post in bed with Kehlani.

The internet came full force at Kehlani, saying she was unfaithful. The backlash grew bad enough that she was being harassed at her shows and reportedly attempted suicide.

The seven-time NBA All-Star and 2012 Rookie of the Year defused the controversy by stating he and Kehlani were split at the time of the picture. The former couple broke up amicably. He penned an apology on Instagram in 2018.

Kehlani has since identified as queer and pansexual.

RELATED: James Harden?s Rumored Dating History is Even Longer Than His Beard

The NBA player had a fling with DJ, record producer, actress, Instagram model, and YouTube personality Chantel Jeffries during the 2018 offseason while he was a member of the Boston Celtics.

According to TMZ, the superstar and Jeffries went to catch Incredibles 2 in LA. The two were allegedly spotted in New York the previous month. The relationship was the talk of sports gossip sites and Celtics fans, but was short-lived.

NBA star Kyrie Irving was in a previous relationship with Andrea Wilson from 2013-15. Wilson won Miss Texas USA in 2010.

The two welcomed a daughter named Azurie Elizabeth Irving in November 2015. Irving shields his daughter from the spotlight and doesn’t post about her on social media.

Most recently, the Brooklyn Nets star has been linked to Marlene Wilkerson. The 28-year-old, who’s also known as Golden, is a blogger, influencer, and YouTuber. The pair?s relationship turned heads thanks to the fact that Golden once dated Kyrie?s former teammate Dexter Strickland, who now goes by the name Baden Jaxen.

Rumors circulated that the two were getting serious when Golden was spotted with a massive diamond ring in 2019..

The two appeared to have called it quits after scrubbing each other from their social media accounts, including pictures of the huge diamond ring, but the two seem to have reconciled.

The couple welcomed their first child together, a baby boy, in June 2021. Wilkerson’s pregnancy was documented on her YouTube Channel, The Find Guru, for all 783,000 of her subscribers in a video called “Our Pregnancy Journey.”

Irving’s net worth may take a hit until he gets vaccinated and rejoins the Nets on a full-time basis, but he has a happy life at home.