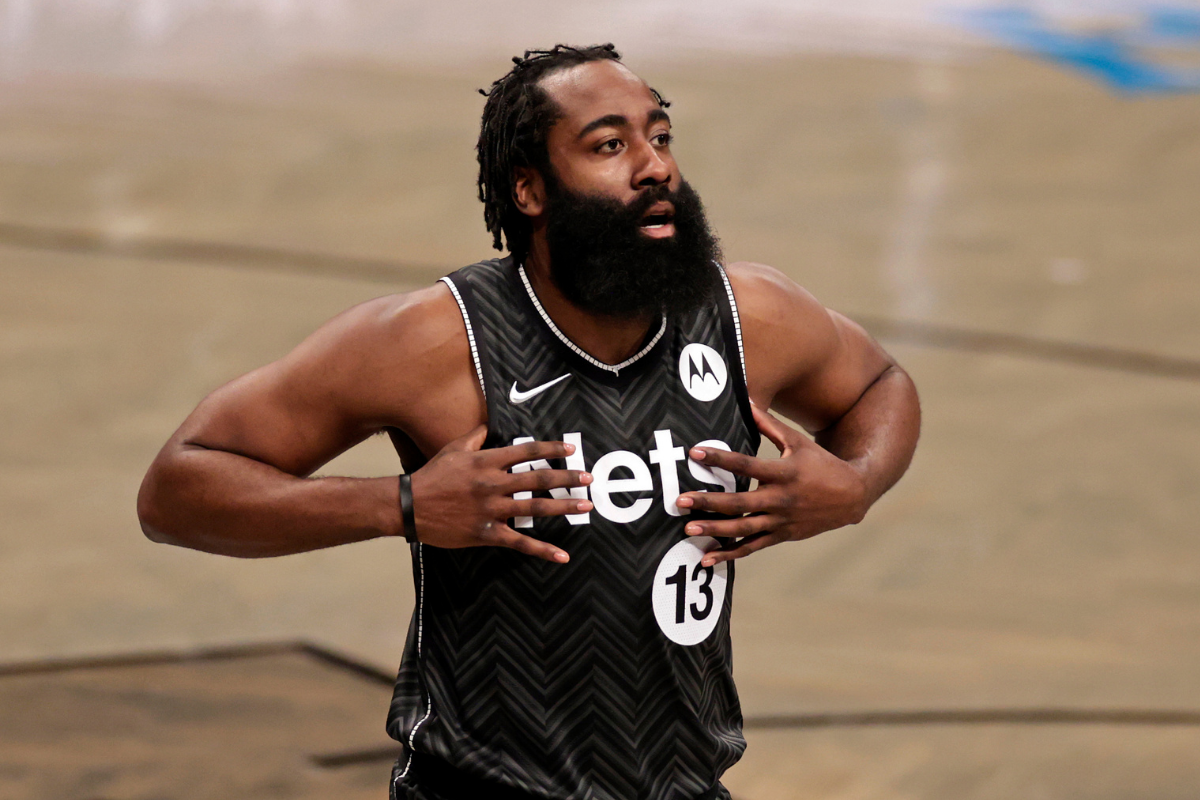 Harden gained his fame playing with the Oklahoma City Thunder and Houston Rockets. The man has won everything except an NBA championship.

After setting high school and college records, James Harden was the No. 3 pick in the 2009 NBA Draft; a draft that included teammate Blake Griffin and archnemesis Chef Curry.

On the court, the man has range. Off the court, Harden’s love life is less creative.

If love is blind, then it is the blinding light of a phone screen. The NBA star’s type: social media models and other C-list celebrities.

For clarity’s sake, let’s at least attempt to look at this in chronological order.

Ashanti Gets Her Own Section

RELATED: James Harden Without His Beard Doesn?t Look Like the Same Guy

Ashanti had all the hits, including “Rock Wit U”, “Happy”, “We Wish You a Merry Christmas.” I gave her a distinct section to throw some respect on it.

Some say Harden left Ashanti, others vice versa. No matter the case, Harden soon had a fling with an Instagram model in Miami named “Arab Money.”

Ashanti and Harden were on/off again at that point, anyway.

James Harden Has A Type

Who is James Harden Dating Now?

There are conflicting reports on this matter. Some sources say he is still with Janshel; others claim engagement buzz with new girlfriend Gail Golden.

The cybersecurity consultant attended several Rockets games, but paparazzi haven’t seen her in Brooklyn yet.

Does It Affect His Game?

There is the legend of the Kardashian Kurse. It’s a mysterious force that turns professional athletes into garbage and Harden was not immune. He didn’t have the worst statistical year from 2015-2016, but he did tell Sports Illustrated that it was one of the worst years of his life.

The Kurse lives on…

There appears to be a thread named Ye running through Harden’s dating life from 2015-2016. Amber Rose may have just been friends with the National Basketball Association superstar, but her raucous relationship with Chi-Town’s finest is well-documented.

Then, of course, there’s the Kardashians.

The NBA player and the hip hop rapper are friends, if only professionally speaking, and run with a similar group of celebrities. Some dating lines were bound to get crossed.