"The correlation between beard panache and step-back threes/free-throw attempts."

After crunching some numbers, I've calculated Harden's BER to be a perfect 100. I double-checked just to make sure. We're dealing with a bearded scoring-savant here.

This got me thinking, what was the Philadelphia 76ers guard like before he had his trademark facial hair? Where did the best BER player of all time start out?

The journey took me back more than a decade.

James Harden Without His Beard

Have you ever seen one of those viral videos where a dad shaves off their beard and their unsuspecting child absolutely loses their mind? That's me after seeing James Harden without a beard.

It's foreign to imagine a world where James Harden doesn't have a beard, but that world existed prior to 2009. As a young hooper at Artesia High School in Lakewood, California, Harden's face was clean-shaven and his chin was visible. He took his bare face to Arizona State.

Harden rocked a thin goatee in his first year at ASU. As a sophomore, he let the beard grow -- minuscule in comparison to what it is now -- en route to the 2009 Pac-12 Player of the Year award and an NCAA Tournament appearance. 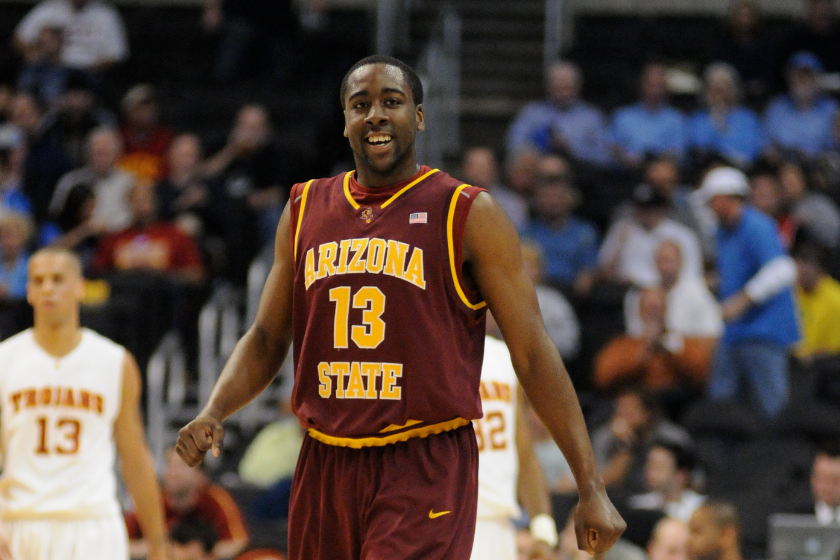 The Sun Devils lost to Syracuse 78-67 in the round of 32. Harden declared for the 2009 NBA Draft in New York City. He was selected third overall by the Oklahoma City Thunder.

From there, "The Beard" was born. 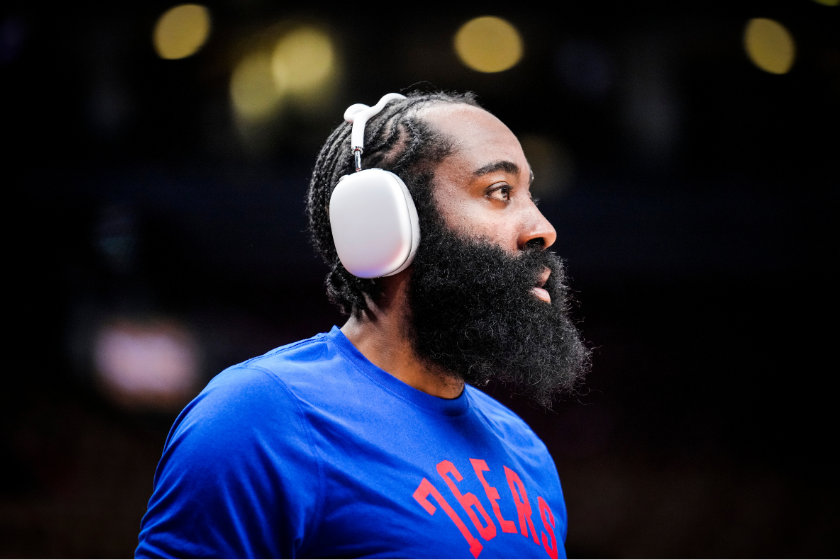 The rookie found a bench role with the Thunder and let his facial hair grow into the full beard look we know today. After three seasons highlighted by an NBA Sixth Man of the Year Award and a trip to the NBA Finals, the shooting guard and his beard needed to find their own path. He was dealt to the Rockets on October 27, 2012.

The Beard's talents molded him into one of the league's premier superstars. He can seemingly score at will, making NBA players look foolish in the process. Behind 30.4 points per game, he captured the 2017-18 MVP on the way to the Western Conference Finals. The Golden State Warriors edged Houston in seven games.

Until the halt of the 2019-20 regular season due to COVID-19, Harden led the league in scoring with 34.4 points per game. The small-ball lineup powered by Harden and Russell Westbrook made the Rockets capable of pulling upsets in Orlando, including over LeBron James and the Los Angeles Lakers.

However, after a tumultuous offseason in Houston, the Adidas brand superstar began to get that Championship itch and asked to be dealt to the Brooklyn Nets. When things soured in Brooklyn, he was given a new shot with the Philadelphia 76ers. Harden's been able to lead the Sixers to another successful run in the playoffs, but the former All-American won't be satisfied until he gets a ring. And at this point in his career, going beardless might be the ticket to shaking things up towards the end of his NBA career.

As one of the best basketball players in the game today, it's hard to miss the eight-time All-Star out there on the court. His beard style is one of a kind and an essential facet of his game (the BER doesn't lie). There has never been a player more synonymous with facial hair than James Harden.

This article was originally published on July 21, 2020, and has been updated since.

MORE: James Harden's Net Worth Is Somehow Larger Than His Beard