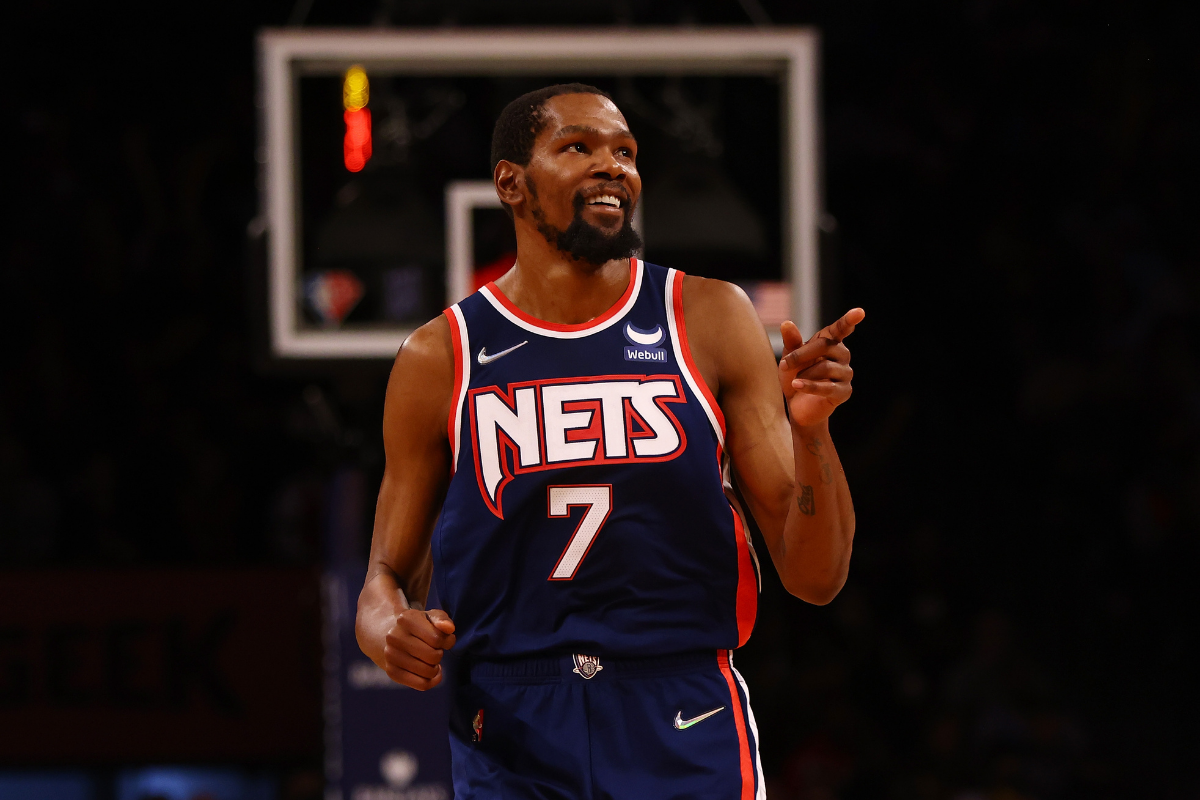 The main drive of the University of Texas college basketball legend, the second-overall pick by the Seattle SuperSonics in the 2007 NBA Draft, is to win. As evidenced by his move to Golden State in 2016, KD is willing to face intense scrutiny to climb to the top.

His objectives have lived within the basketball court since high school. From a McDonald’s All-American to a two-time NBA All-Star game MVP; other than his mother Wanda Durant, the real MVP, his time off the court is spent improving his time on it.

The basketball star keeps his personal life under wraps. When he’s not making burner social media accounts, he’ll hang out with girlfriends here and there.

In 2013, the Nike athlete was briefly engaged.

RELATED: Kevin Durant’s Net Worth is Built By More Than Basketball

The two dated for a short period, and in the spur of the moment, the young superstar popped the question. The spontaneous proposal didn’t work out.

“I had a fiancée, but…I really didn’t know how to, like, love her, you know what I’m saying? We just went our separate ways.” Monica Wright, WNBA player, something like a high school sweetheart. One night Kevin got so full of feelings he just up and proposed to her. “We was just hanging out, chilling. And I felt the energy. I felt, I need to do this right now. And I just did it. I was like…We’re engaged right now? We’re about to get married? So I was just like, cool! I love this girl. But I didn’t love her the right way.”

The professional basketball player moved from the Bay Area to New York, joining the Brooklyn Nets and linking with point guard Kyrie “Third-Eye” Irving and James Harden. The Nets have overtaken all NYC sports franchises, including the NFL’s Giants and Jets, as the City’s most star-studded team.

The Washington D.C. native’s playoff battles with Los Angeles Lakers star LeBron James make for appointment television. Similar to when Michael Jordan and the Chicago Bulls squared off against the Detroit Pistons in the late 1980s and early 1990s.

Kevin Durant’s girlfriend isn’t a priority at the moment because right now, it’s all about basketball.

MORE: James Harden’s Rumored Dating History is Even Longer Than His Beard