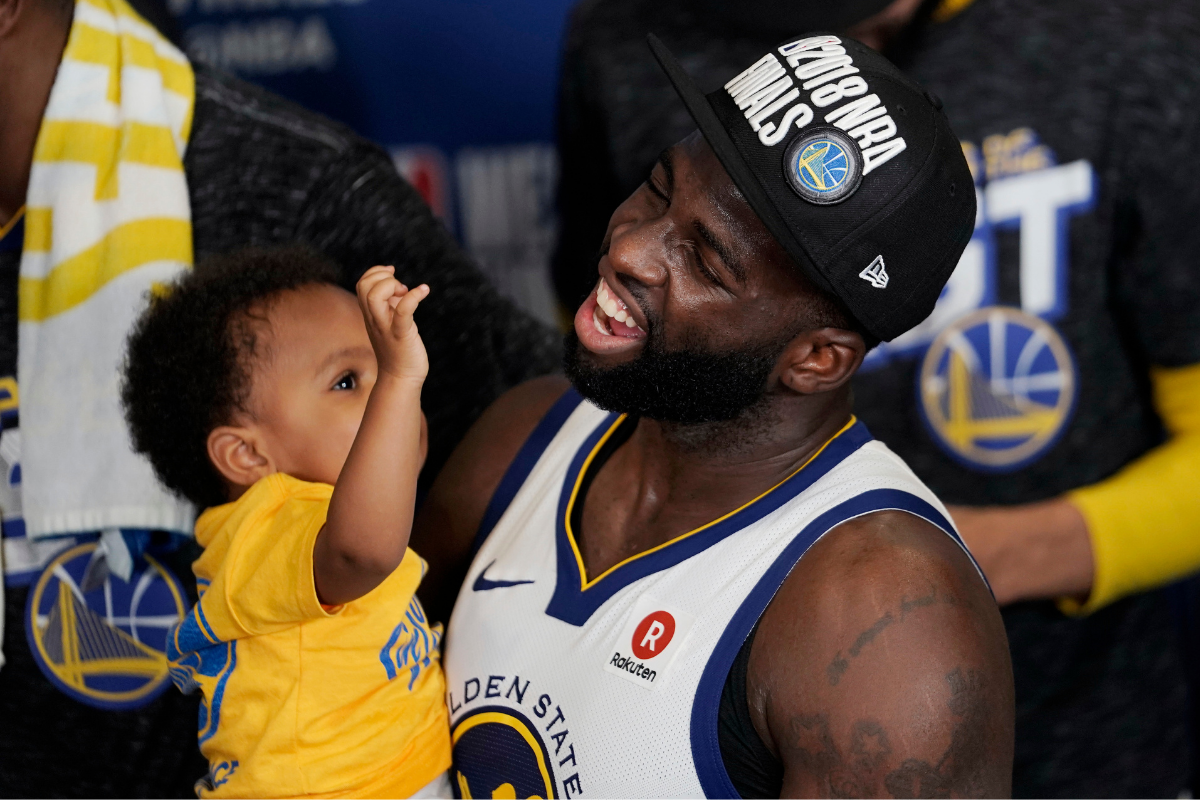 Draymond Green has made his name as the anchor of the Golden State Warriors. Stephen Curry and Klay Thompson sink threes. Formerly, Kevin Durant did everything from cooking up burner accounts to winning NBA Finals MVPs.

Green’s forte is on the defensive end. He’s an NBA Defensive Player of the Year, five-time NBA All-Defensive selection, three-time All-Star, and three-time NBA champion. Green is athletic and big enough to guard across multiple positions. The only thing you don’t want Draymond defending is your Snapchat account.

The former Michigan State player has carried success from his time in East Lansing to Oakland and San Francisco, and most recently, to the TNT studio as a guest host of Inside the NBA.

He’s had a wide range of experiences in the world of hoops. In the outside world, the NBA star is growing his family.

My Baby Boy! Happy 2nd birthday big dude! There’s no better Feeling than watching you grow day in and day out. You’ve made me a better man. You actually made me become a man. My pride and joy, my biggest accomplishment. I thank The Good Lord that he chose me to be your Dad on this earth. I love you dude and promise to continue to give my all for you and be the best Dad I can possibly be!

Together, they welcomed son Draymond Jamal Green on December 22, 2016. Hardy has a daughter from a previous relationship named Kyla.

My Love My Love My Love!! Soon to be MY WIFE… You are the most amazing woman. You are the most amazing mother. And you are such an amazing soul. Our journey that we are on has been nothing short of amazing! Through the good and bad times you continue to be the rock of our family. But enough of all of that. Today is your day my sweet baby. And although this quarantine is currently hating on our turn up… and Cash. You better believe when we get back outside we are going to celebrate like it’s your 21st 😉. Happy birthday my love and I hope your quarantined birthday has been as good as you have been to us. Cheers to many more trips around the 🌞! We love you Mama B!!

RELATED: Steph Curry?s Wife Built a Culinary Empire on Her Own

The 35th overall pick in the 2012 NBA Draft is engaged to actress, recording artist, and TV personality Hazel Renee. She’s most known for recurring roles on Fox’s Empire, VH1’s Basketball Wives, and Bravo’s The Real Housewives of Atlanta.

The professional basketball player proposed to Renee on January 19, 2019 while the dubs were enjoying downtime in southern California to play the Los Angeles Clippers and the LeBron James-led Los Angeles Lakers.

?The time?s been great,? Kerr said. ?A nice change of pace during the middle of the season, especially in mid-January. Beautiful weather here, and a lot of guys have brought family members. Draymond got engaged. A lot of great stuff.?

Currently On Vacation and I Can Only Think About How This Valentines Day Is A Lil Different❤️ Almost a month ago someone (ahem) really outdid themselves (per norm) and made me feel like the Luckiest Girl In The World! You really went Big Big😬 I Love You Always…FOREVER!✨ Thank you @encoreevents90210 for helping him plan this magical moment❤️😢 {last pic are these vacation nails} 🎥:@norththirteenth 💎:@jasonofbeverlyhills 💄:@beautybychrisc

It’s yet to be determined when the couple will officially get hitched. Renee and Green went on a double date with fellow Warriors star Steph Curry and Ayesha Curry in LA in January 2020 prior to the COVID-19 outbreak.

In September 2020, Renee and the NBA star announced they were expecting their first child together on Instagram.

Renee has a daughter, Olive, from a previous relationship with former Kansas State player Jacob Pullen. Pullen currently plays for Mornar of the Montenegrin Basketball League and ABA League.

Green plays an active role in Olive’s life. The NBA player wished her a heartfelt happy birthday over social media.

My little Braveheart… wow you’re 5 going on 25 years old today. Keep being free-spirited and figuring life out baby girl. I thank God that he chose me to be apart of your life. What a blessing you are, and I thank Mami and Jake for making such a wonderful baby girl and allowing me to take part in helping raise you. You’re such an amazing big sister and little helper. Keep being you little smart baby we love you!

With his personal life going strong, Green and Golden State will be hungry for another playoff run following a league-worst finish last year and the return of Klay Thompson.

After playing for an NBA championship five years in a row and KD in New York on the Brooklyn Nets, the Warriors season will be a fresh reboot.