I could watch Klay Thompson shoot spot-up shots for hours. It's the prettiest in the world, and the primary reason why he and superstar teammate Stephen Curry are a lethal combination known as "The Splash Brothers." Curry can create any imaginable shot off the dribble, but the second you focus your defensive efforts towards him, he'll kick it out to Thompson. It's beautiful for Warriors fans and a nightmare for everyone else. And for Thompson, his situation set him up to have a successful career in the National Basketball Association. But the real teammate this Splash Bro is looking for is someone willing to become Klay Thompson's girlfriend.

All the Golden State Warriors shooting guard has to his name are three NBA championships, five NBA All-Star appearances, two All-NBA team nods, a NBA All-Defensive Second Team and a Three-Point Contest trophy. His certainly faced his own mountains, though. He tore his ACL in the 2019 NBA Finals, causing him to miss the entire 2019-20 campaign. Then, as he was nearly recovered and gearing up for the 2020-21 season, he tore his Achilles tendon, which forced him to miss his second straight season.

But Thompson is nothing but resilient. The deadeye shooter returned to live action for the first time in two and a half years this past January. He's become a vital contributor for the new-age Warriors -- donning a fresh headband and all.

Off the court, the NBA player out of Washington State University is known for having a sense of humor drier than the Sahara Desert. He's known for being goofy and his English Bulldog Rocco. However, his dating life that includes some high-profile women is not as well known. 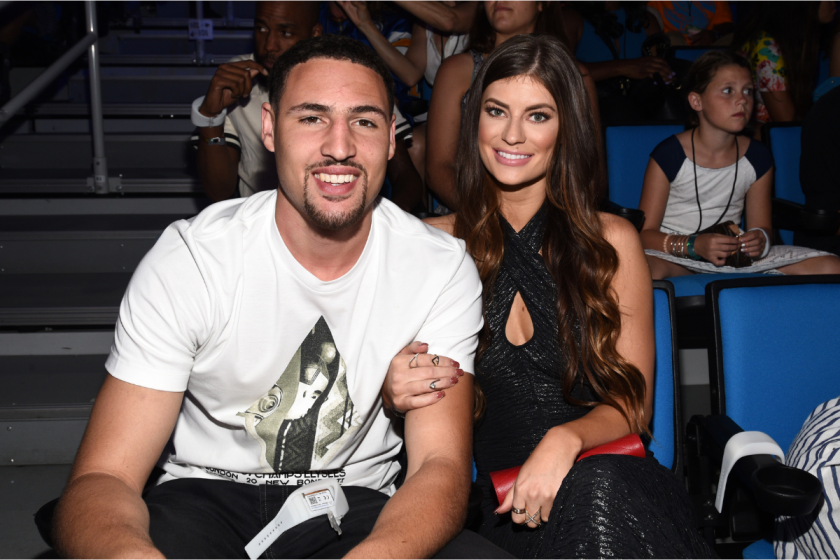 However, his most recent and most official relationship was with American actress Laura Harrier. 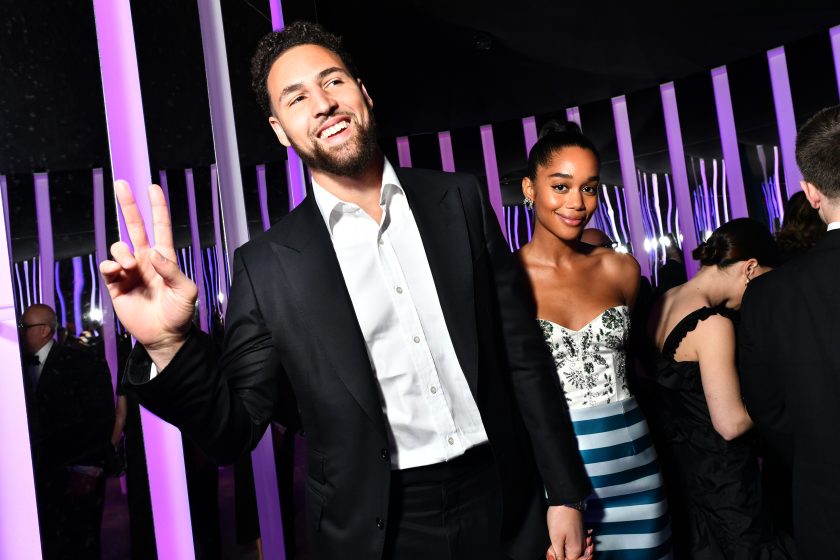 Laura Harrier started modeling after graduating from Evanston Township High School outside of Chicago, Illinois. She's done work for Urban Outfitters, Macy's, American Eagle, Target, ALDO and Steve Madden to name a few. Along the way, she got more and more into acting.

Her breakout role came in 2017, where she played Tom Holland's love interest Liz in "Spider-Man: Homecoming". From there, she starred in Spike Lee's "BlacKkKlansman," "Balance Not Symmetry," "The Starling" and the Netflix series "Hollywood." She was also recently cast in the remake of "White Men Can't Jump" in an undisclosed role.

Thompson and Harrier became an item around the release of "BlacKkKlansman" in 2018. The two went "official" when they dropped hints of their relationship on their respective social media accounts, and they've also been spotted on vacations. But, in the thick of the coronavirus pandemic in 2020, they broke up. They kept their relationship closed off to the public eye, though. Thompson strongly values his privacy and that's reportedly been a dealbreaker in previous relationships.

Harrier has since moved on, becoming engaged to Sam Jarou, a French freelance creative consultant, who we're sure is upset about Lionel Messi's World Cup victory over France. 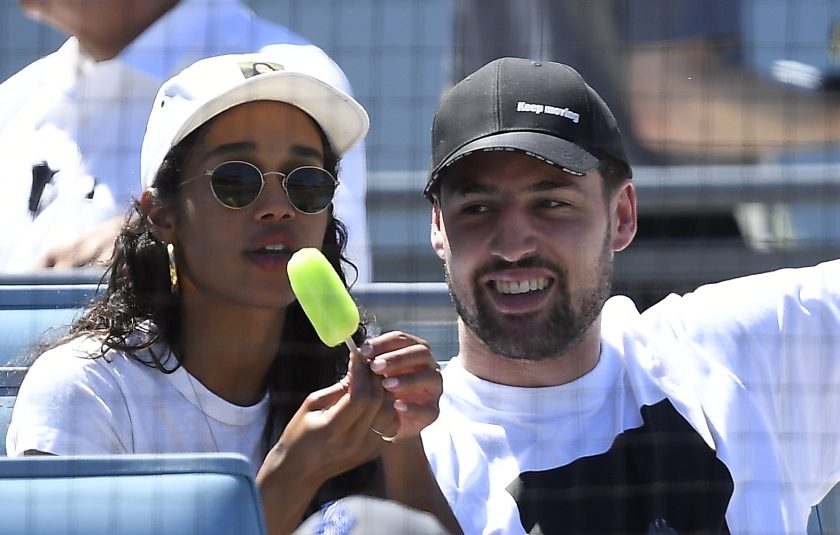 For now, the four-time NBA champion is only focused on one thing: winning another NBA title and growing the Warriors Dynasty into one of the best in NBA History. With just two more rings to win before besting Michael Jordan's Chicago Bulls, Klay and Steph's Warriors recently surpassed Larry Bird and his three-time NBA Champion Boston Celtics on the dynasty charts.

Needless to say, the next woman to carry the mantle of "Klay Thompson's Girlfriend" will have to wait for Klay to secure a little more jewelry, as he's only one ring behind Los Angeles Lakers Legend, Magic Johnson and his Lake Show squad, and two behind MJ and Tom Brady, although the NFL is little different than the NBA.

You probably won't hear much about Thompson and Harrier's relationship, or any of his relationships, going forward. He'll be keeping things low-key.

This article was originally published on May 12, 2022, and has been updated since.

MORE: Draymond Green's Foul History in the NBA Playoffs Has Refs Eager to Blow Their Whistle