The basketball player's sudden rise intrigued fans. They wanted to know more about the game's brightest young superstar. We knew he was a phenom at Davidson College; we knew his dad Dell Curry played in the NBA; we knew he could hit a three from the parking lot. Those are great and all, but like any NBA star and a lead in an action movie, who is his love interest? 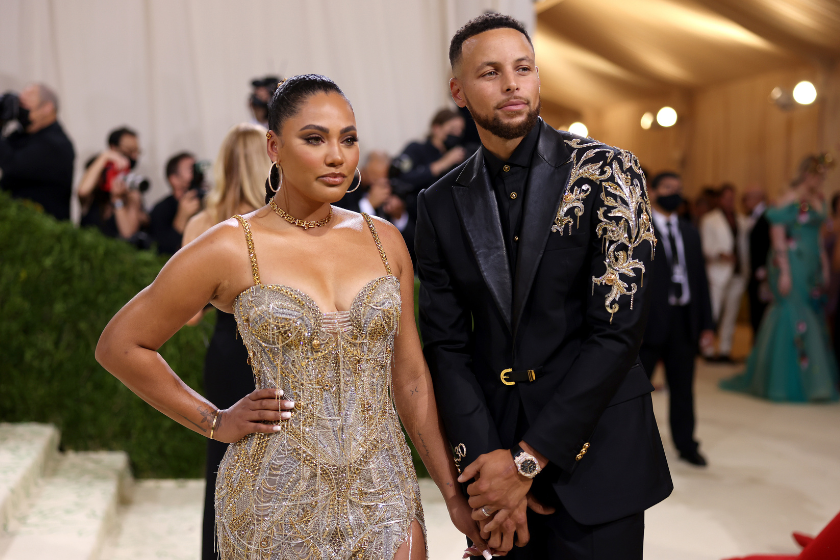 She grew up an actress and played several guest roles in music videos, TV shows such as "Whittaker Bay" and "Good Luck Charlie" and movies. The first role of her acting career was in the music video "Too Young for Love" by Suga Prince.

Unlike other celebrity couples, the Curry's didn't share their first kiss on a yacht off the coast of Greece. In fact, At 14, Ayesha and her family moved to Charlotte, North Carolina, where she met Steph in a church youth group.

Ayesha moved to Los Angeles, California, after graduating high school to pursue acting and a Hollywood lifestyle. She kept in touch with the future NBA player, and the two officially started dating when the two-time NBA MVP visited LA for the 2008 ESPYS.

Ayesha moved back to Charlotte while Steph finished his college basketball career at Davidson. They were married on July 30, 2011.

Riley Curry was in the kitchen last night making her family dinner! ????? pic.twitter.com/OeNJsCDgIL 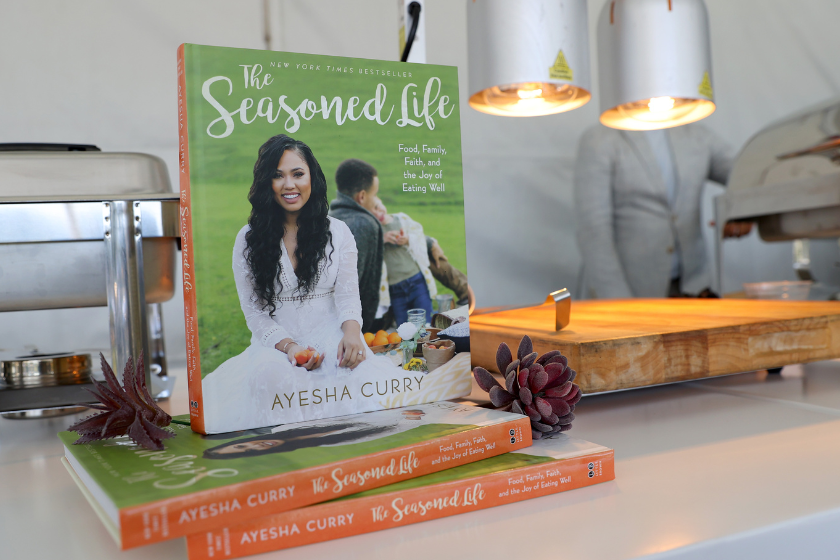 Curry started her culinary career in 2014 by performing meal demonstrations on her YouTube channel, Little Lights of Mine.

By 2016, the celeb chef published her own cookbook entitled "The Seasoned Life," detailing recipes and life with her family. Her successful cooking stints earned her an exclusive cooking show on Food Network called "Ayesha's Homemade" (later "Ayesha's Home Kitchen").

The show ran two seasons, extending 13 episodes in total. She is the host and judge of ABC's "Family Food Fight," which ran for eight episodes in 2019.

In collaboration with chef Michael Mena, Curry opened International Smoke, a pop-up restaurant with locations in San Francisco and San Diego. In 2017, Curry was named a spokesperson for CoverGirl. She was also a host for season three of "The Great American Baking Show" on ABC.

The 33-year-old cookbook author is active on social media. On Instagram, she has 7.3 million followers combined with almost a million on Twitter.

Her company, Little Lights of Mine, donates 10% of all proceeds to the No Kid Hungry charity. She and Steph are strong supporters of social justice, especially in the Bay Area during the coronavirus pandemic and COVID-19 outbreak.

Along with Dwyane Wade and Gabrielle Union, and LeBron James and Savannah James, Ayesha and Steph Curry are one of the NBA's most recognizable power couples. They're sure to make headlines in the New York Post, Mercury News or on ESPN when they go out in public and sport trending looks like they did at the 2021 Met Gala.

Eight-time NBA All-Star Stephen Curry built his empire on the court, and recently took down the Boston Celtics alongside Draymond Green and Klay Thompson. Meanwhile, his wife Ayesha Curry is heading one of her own in Oakland.

This article was originally published on June 24, 2020, and has been updated since.