Sports curses feel like a dime a dozen. The "Curse of the Bambino" kept the Boston Red Sox from raising a World Series banner for 86 years, only to be trumped by the Chicago Cubs and their "Curse of the Billy Goat" that lasted for 108 years. The Cubs famously broke the curse in 2016 by winning the World Series against the Cleveland Guardians in seven games.

Cleveland itself has been victim to a slew of sports curses, so much so, that ESPN made a full documentary about the phenomenon called "Believeland." Months before their baseball team attempted to end their 71-year World Series drought, LeBron James broke through and won an NBA Championship with the Cleveland Cavaliers, finally giving fans something to cheer about.

But, what if we told you there was another curse plaguing the NBA? A curse that has nothing to do with cities, colors or rivalries, but instead, a player's off-the-court dating habits. We're talking about the Kardashian Curse and its very real impact on players like Devin Booker.

Devin Booker and the Kardashian Curse 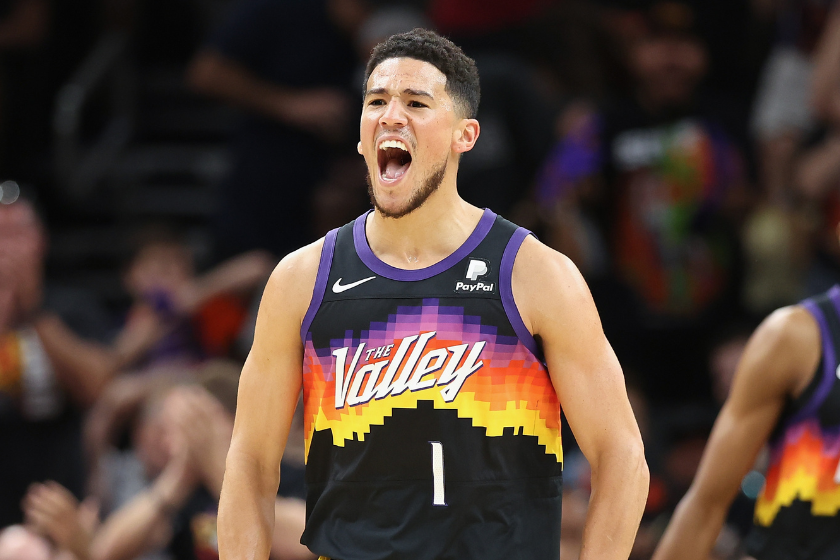 Devin Armani Booker has had some pretty good things go his way during his basketball career. He played at the University of Kentucky with future NBA players Karl-Anthony Towns, Trey Lyles and Tyler Ulis. The Phoenix Suns selected him 13th overall in the 2015 NBA Draft. Booker scored 14 points per game as a rookie and came in fourth for Rookie of the Year (Towns won).

Cut to the 2022 season, and the Phoenix Suns came ready to defend their Western Conference title. Despite Booker, Chris Paul and center Deandre Ayton missing a combined 55 games, Phoenix still won 64 games and was the No. 1 seed in the West.

Booker averaged career highs in points per game, rebounds and steals, while tying a career-high for three-point percentage. For the advanced metrics, Booker also set career highs for Win Shares and Value Over Replacement Player (VORP). He made his third All-Star team and his first All-NBA First Team.

Things Turn in the Playoffs 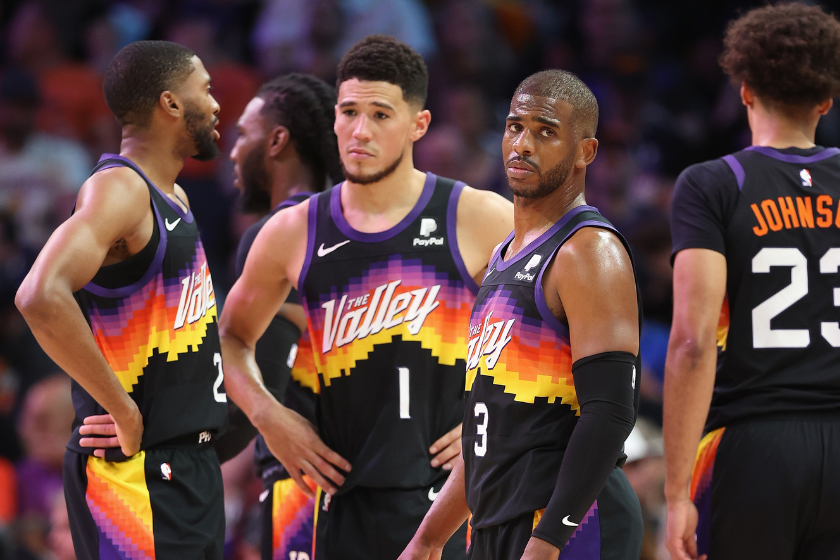 It looked like everything would continue to point up for Booker and the Suns when the 2022 NBA Playoffs began. No. 1 seed Phoenix faced off against the 8-seed New Orleans Pelicans, who were missing former No. 1 pick Zion Williamson. The Suns won Game 1 110-99 and Booker scored 25 points and dished out eight assists. Booker scored 31 points in Game 2 but left in the third quarter with a hamstring injury and Phoenix lost 125-114.

Booker would go on to miss Games 3-5, but luckily the Suns won two of the three games to take a 3-2 series lead. Phoenix would close out the series in Game 6 as Booker returned to score 13 points in the deciding game. With Booker back, the championship aspirations had returned for Suns fans.

The following series pitted Phoenix vs. Luka Doncic and the Dallas Mavericks. The Suns were the favorite in the series, and it seemed close to a certainty that Phoenix would represent the West again in the Finals. The series began with two decisive victories for the Suns, with Booker scoring 53 points across the two games.

Things shifted quickly as Dallas took Games 3 and 4. The Suns and Booker rebounded in Game 5 winning 110-80 and seemingly righting their ship's course to the NBA Finals. Then it all faded away for Phoenix. The Mavericks won Game 6 in Dallas 113-86 as Booker only scored 19 points while committing eight turnovers and missing all four of his three-pointers. It went from bad to worse during Game 7 in Phoenix. The Mavericks won 123-90, advancing to the Western Conference Finals award Steph Curry and the Warriors, and sent the Suns into a summer of asking, "why?"

The ending for Booker and the Suns was so bad that it was natural to think this felt like some kind of curse. And the immediate next step was to look at Booker's relationship as a potential cause. 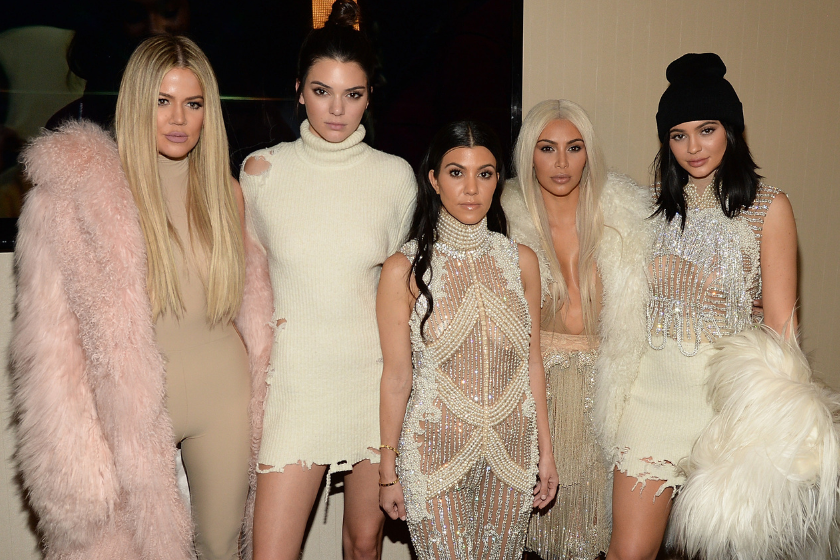 The Kardashian-Jenner family, made famous by their reality TV show "Keeping Up with the Kardashians," has five sisters, and three have dated NBA players.

The only two members of the Kardashian family band to not date NBA Players are Kylie Jenner and Kourtney Kardashian, both of whom are married to musicians (Travis Scott and Travis Barker, respectively). We're not including Kris Jenner, just in case you thought we had the scoop there.  It's been said there is a curse related to players entering into relationships with these women, but that might not be the truth. Let's examine a quick rundown: 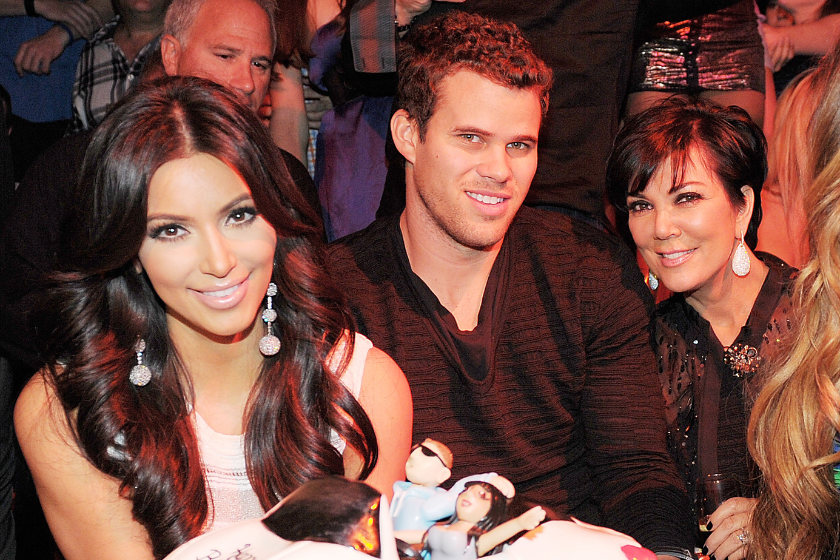 A little over two months is a great length for a vacation, but a terrible one for marriage. With their union being so short-lived it's easy to look at this relationship as a negative for Humphries. However, Humphries averaged nearly a double-double during his full relationship with Kim. Sure, he became a bench player after their divorce, but he was also an aging player at that point too. Take that, Humphries haters.

Kim also dated NFL running back and USC legend Reggie Bush, but we're focusing in on athletes who can wear Kanye West's Yeezy QNTMs on a court. This is a basketball players-only zone. 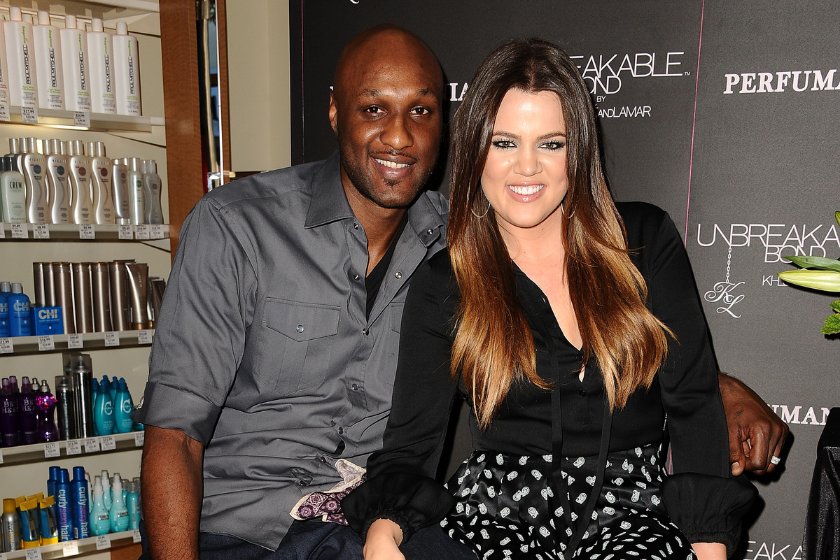 At first glance, this definitely feels off for the players. McCants never played in the NBA again after their relationship ended, but that also could be because he wasn't that good. Odom won a title with the Lakers during their relationship and retired after their divorce. Harden led the league in minutes per game while he dated Khloe, and then won the MVP after their split.

Thompson's case is a little fuzzier, but their relationship seemed...complicated to say the least. Let's just move past this one. 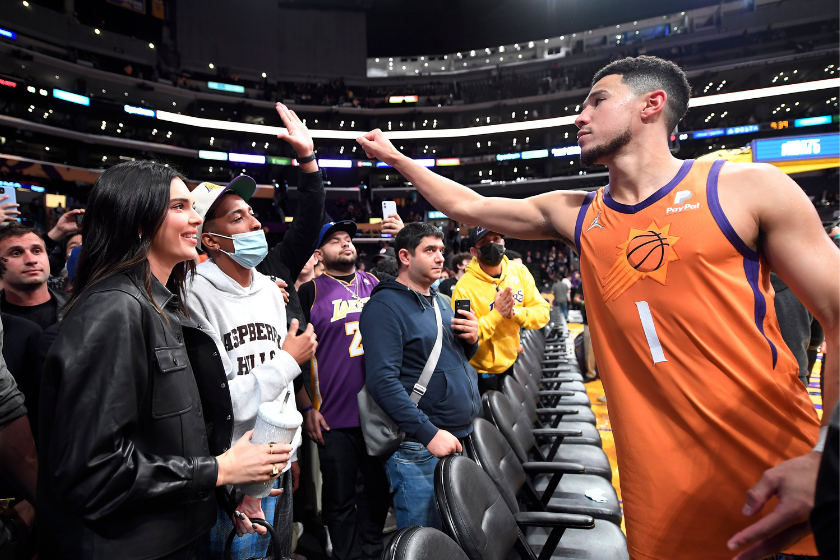 While Jenner has a different father than Kim & Khloe, they all share the same mother and hence Jenner's inclusion in "curse" discussions. Clarkson became a bench player after dating Jenner, but that is arguably the best thing for his career as he won the 2021 6th Man Award. Griffin made his final All-Star team after his split from Jenner.

Simmons made two All-Star teams, two All-Defense teams and an All-NBA 3rd Team while he dated Jenner. His career has, let's say, hit a speed bump since their break-up. Simmons sat out the 2021-22 NBA Season after demanding a trade. Simmons would eventually join Kyrie Irving and Kevin Durant on the Brooklyn Nets. However, this doesn't seem to have anything to do with Jenner. And neither did Phoenix blowing the series to Dallas.

What Can Be Done? 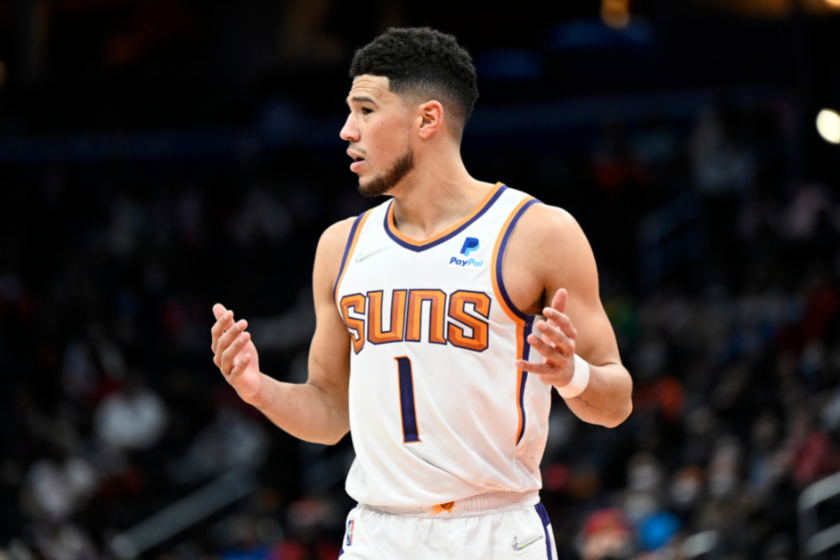 So, what does Devin Booker do now? His relationship isn't the cause of his unfortunate playoff demise, but surely something has to be. Booker is too good of a player to see his Finals hopes end like this. With only a couple of months until training camp for the 2022-23 season begins, Booker must consider doing whatever it takes to break the curse that has affixed itself to him.

Could it be his father gave him a piece of cursed Aztec gold he needs to return to the ocean?

Or maybe his car is possessed, and he needs to destroy it?

Did he watch a videotape that he must now show to someone else before the Suns go 0-82 next year?

Does he need to finish a board game he was playing that sucked another player into a Jungle for 30+ years?

It has to be at least one of these things, right? Looks like it's going to be a busy summer for Phoenix's shooting guard trying to figure this one out. Perhaps Andy Cohen can help him out.

MORE: James Harden's Rumored Dating History is Even Longer Than His Beard