Where is Zion Williamson? Pelicans Star Set to Miss Play-In Game and More 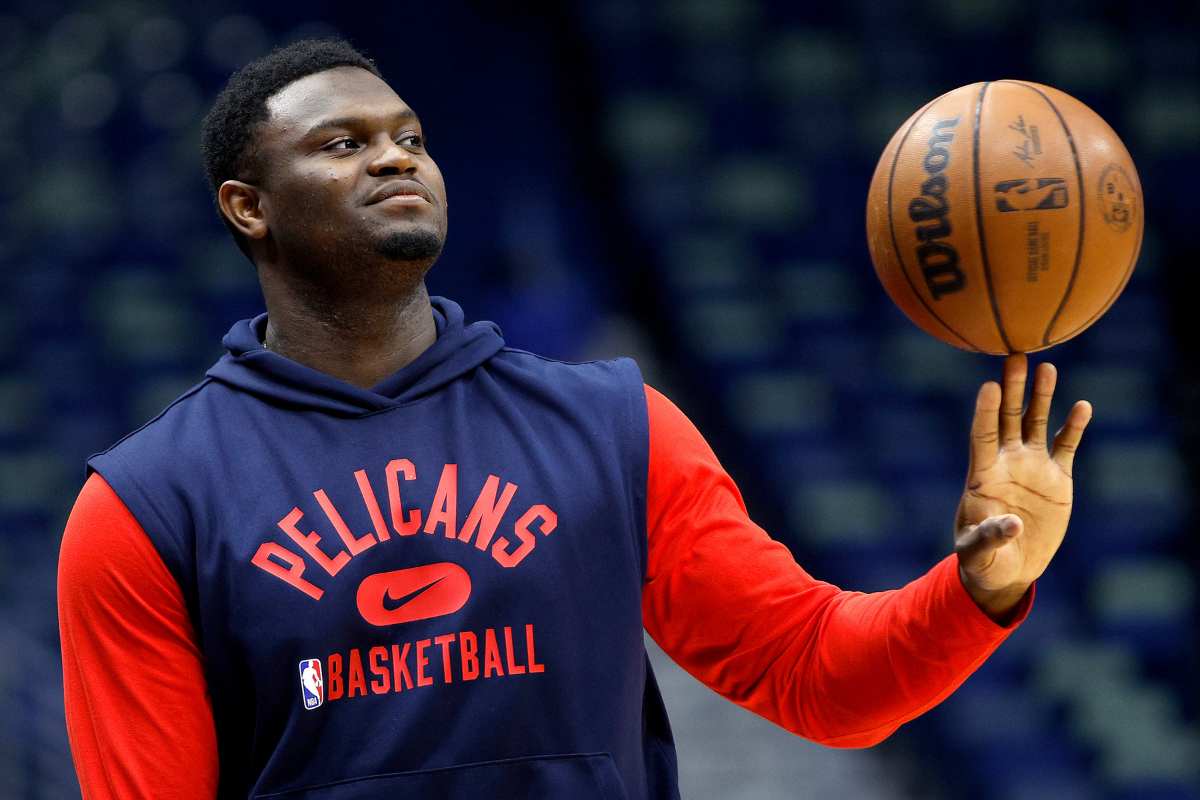 The New Orleans Pelicans were not supposed to be a good team in 2022. After an abysmal start to the season, the New Orleans basketball team decided that enough was enough. The bottom of the Western Conference standings was beginning to feel cramped. So the Pelicans pushed their chips in and went for broke.

They traded for Portland’s CJ McCollum which gave Brandon Ingram and Jonas Valanciunas enough help to put together a push for a playoff spot. After the final game of the regular season concluded, the Pelicans were in the NBA Play-In Tournament with a shot to advance to the playoffs. The only thing standing in their way? A date with the San Antonio Spurs and then a winner-take-all finale against the Los Angeles Clippers.

All of this was done without the Zion Williamson, the Pelicans All-Star power forward who was supposed to be the face of their franchise.

Where is Zion Williamson?

The first overall pick in the 2019 NBA Draft has barely played a full NBA season since coming into the league from Duke, amassing just 86 games to name in just two seasons. In the 2021-22 season, Zion has yet to step on the court, and once again it’s due to injury.

Over the offseason, Zion suffered a right foot fracture, not the same foot that ripped through a Paul George Nike sneaker when Zion was a Blue Devil. Since then, injury updates on Zion have been sparse, but ahead of the Pelicans NBA Play-In Tournament, The Athletic’s Shams Charania reported that Williamson had played in a 5-on-5 controlled scrimmage.

However, Shams also went on to say that it appears Zion is nowhere near close to playing in the playoffs and it’s possible that the priority in New Orleans is getting Zion healthy so he can stay on the floor. So the off-court basketball activities will continue for now as the Pelicans star’s foot injury heals, with next season’s Opening Night being the target date for the Zion Williamson return that NOLA residents are waiting for.

"Zion Williamson did participate in a 5 on 5 full court scrimmage last week.. the goal is to have him back for all of next season" ~@ShamsCharania#PMSLive pic.twitter.com/flWpw4b3lK

While there’s definitely some good news there, it’s easy to see why some hoop heads are upset. Zion was supposed to be the next LeBron James, a powerful forward who can do everything from dish out assists to snag rebounds. So far, he’s been more a figment of the Pelicans’ imagination than a dream come true. And to make things worse, there’s been a big disconnect between Zion and David Griffin, the Executive Vice President of Basketball Operations for the Pelicans.

As Christian Clark of the Times-Picayune reported, Zion has a serious lack of trust with Griffin and that could lead to an eventual split. That’s not what you want to hear from your franchise’s most prolific first-round pick.

Other first-round picks have excelled in the NBA since Draft night 2019. Ja Morant is running the ship for Memphis Grizzlies and won the Rookie of the Year in 2020, an award most felt could have been Zion’s if he stayed healthy in his rookie season. Fellow Duke product RJ Barrett is coming into his own for the New York Knicks, and even De’Andre Hunter is finding his footing with the Atlanta Hawks after being drafted by the Los Angeles Lakers and then sent to the New Orleans in the Anthony Davis trade.

It feels like every season he’s been in the league, we’re hearing about a new Zion Williamson injury. Unfortunately, 2021-22 is no different. So, where is Zion Williamson?

That’s a good question, and hopefully we find a new answer other than “Injured and Out of Sight.”