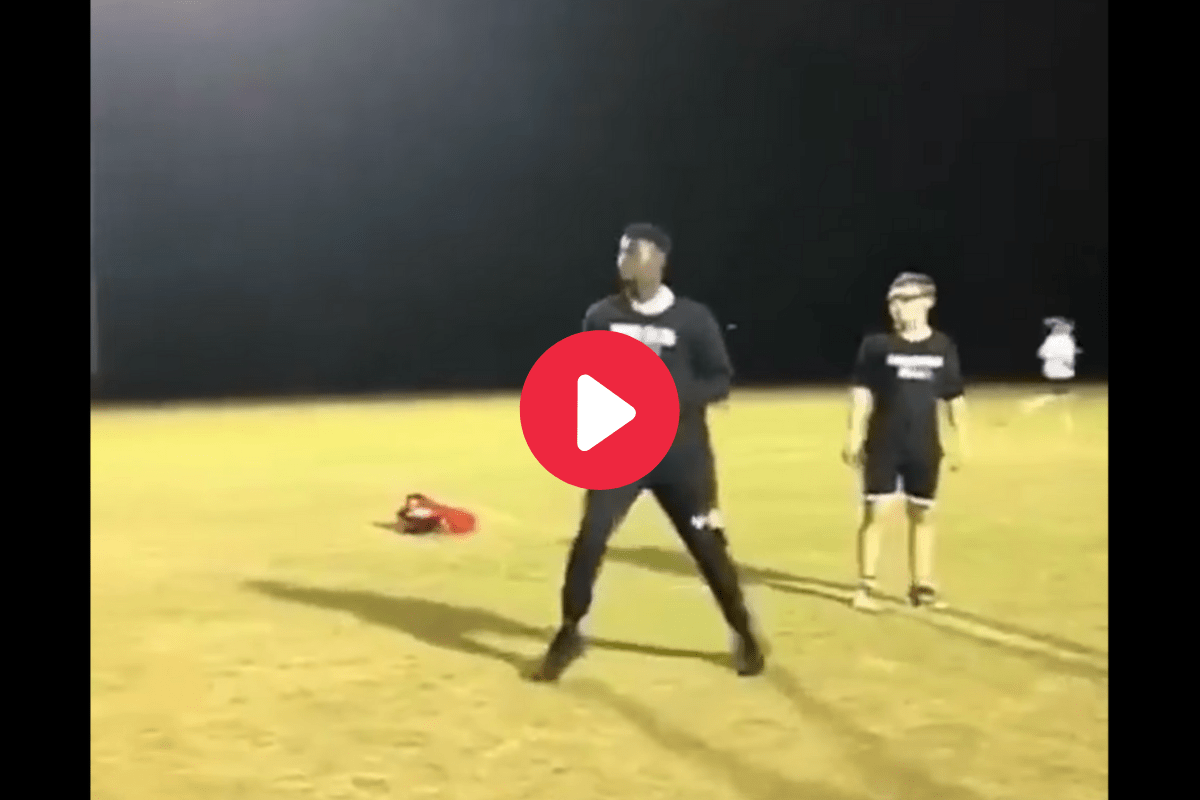 Transcendent athletes are filled with raw talent that could translate into different sports with the right coaching, and the best example of that is New Orleans Pelicans rookie Zion Williamson. At 6-foot-7 and 285 pounds, the 20-year-old phenom is becoming a national sensation for his athletic ability paired with incredible physical size.

He’s taking over the NBA with his massive frame and high-flying highlights, but everyone knew Zion would be trouble during his college basketball career with the Duke Blue Devils. If he wanted, Zion could put basketball on the shelf and turn to football because he has an absolute cannon for an arm.

“Honestly, I just thought it would be really fun and would be good exposure for LSU if we offered him for football. Unfortunately, he didn’t seem to be too [interested],” Mateos said. “Coach O said go recruit the best athletes in the country, and that’s what I tried to do.”

While he didn’t end up as a college football player, the rare specimen with incredible leaping ability also has another skill off of the basketball court — This kid has a bazooka for a left arm.

Thanks to a video that surfaced from ESPN College GameDay, Zion’s arm is good for more than throwing down fast-break dunks — this kid is an athlete unlike anything we’ve ever seen at his age. Also, he can apparently throw a football really, really far.

I have no clue how far that is but it looks like 60-70 yards, and the crazy thing is that he does it with ease. There are probably only a handful of NFL quarterbacks that have that type of arm strength, including Patrick Mahomes, Aaron Rodgers, Matt Stafford and Cam Newton.

Joining highly-touted freshmen R.J. Barrett and Cam Reddish, the Duke Blue Devils were the No. 1 ranked team for much of the 2018-19 college basketball season. Duke reached the Elite Eight, and Zion swept almost every award, including being the National Player of the Year, Consensus First-Team All-American, and ACC Athlete of the Year.

Zion’s stardom may now be on full display in the NBA, but his incredible highlights started long before he splashed into Division I basketball.

Playing for Spartanburg Day School, Zion led the Griffins to three-straight South Carolina Class AA State Championships, averaged 36.4 points and 11.4 rebounds per game in high school, and was named a McDonald’s All-American as a senior.

Oh, he also did things like bury between-the-leg dunks DURING high school games…

Under the tutelage of legendary head coach Mike Krzyzewski, who coached the USA men’s basketball team to three-straight Olympic gold medals, Zion Williamson displayed all the tools, and plenty of God-given athleticism, to become the No. 1 overall pick in the 2019 NBA Draft.

Zion highlights aren’t going anywhere, and some hidden gems like this football toss are sure to come out over the years.

This article was originally published November 15, 2018. We brought it back because Zion could still probably play in the NFL, and it’d be awesome.