On September 17, 1995, an NFL star was born. Nobody really knew it at the time, but the arrival of Patrick Lavon Mahomes II in Tyler, Texas would ultimately change the NFL forever. Needless to say, Pat and Randi Mahomes raised an incredible son.

The genetics were certainly there. Pat Mahomes played professional baseball for nearly a decade, primarily in Major League Baseball. So the fact Kansas City Chiefs quarterback Patrick Mahomes is successful should not be overly shocking to anyone. It was just a matter of time before the world got to see it.

Although Pat and Randi Mahomes -- now Randi Martin -- divorced before their son Patrick was a teenager, that hasn't stopped either parent from being influential in the NFL MVP's life. 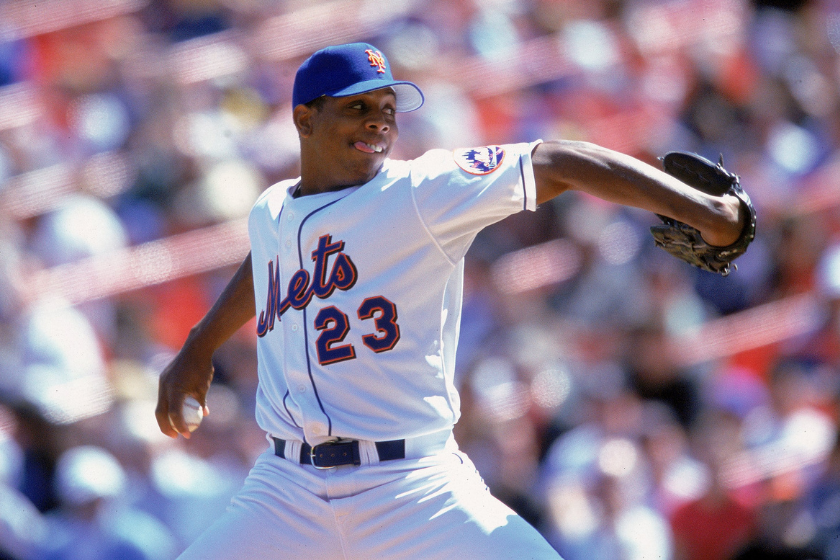 Patrick Mahomes Sr. was never a "star" baseball player, but making it to The Show definitely meant he had talent. Mahomes posted a 42-39 record with a 5.47 ERA and 452 strikeouts with the Minnesota Twins, Boston Red Sox, New York Mets, Texas Rangers, Chicago Cubs and Pittsburgh Pirates, mainly as a relief pitcher.

Pat Mahomes Sr. even played for the Yokohama BayStars in the Japan Central League in the mid 1990s and for the Grand Prairie Air Hogs in the American Association in 2009.

Naturally, Mahomes' father wanted his oldest son to be a baseball pitcher, but the young kid had other plans for greatness in his football career.

After being a three-sport athlete at Whitehouse High School, Patrick Mahomes II committed to play football for the Texas Tech Red Raiders. He was also selected in the 37th round of the MLB Draft by the Detroit Tigers baseball team but chose to play college football over pro baseball instead.

That proved to be a smart decision. Mahomes was the backup to Davis Webb his freshman year, then tore it up for two more seasons. He even shattered NCAA records with 819 total yards of offense against Oklahoma and led the nation with 53 total touchdowns during his junior year.

Mahomes won the Sammy Baugh Trophy as the top collegiate passer, skipped his senior year of college eligibility at Texas Tech University and became a first round pick (No. 10 overall) by the Chiefs in the 2017 NFL Draft.

A four-year contract worth $16.42 million, including a $10 million signing bonus, was his first as a professional athlete. He signed a contract extension worth over $500 million during the 2020 offseason.

Randi Martin is Patrick Mahomes' mother. She was previously Randi Mahomes after marrying Pat Mahomes, but the two divorced in 2006.

Still, they come together to celebrate their superstar son.

When Patrick Mahomes was introduced in a press conference after the Chiefs drafted him, both Randi and Pat were right by his side.

Alongside Patrick's fiancée, Brittany Matthews, Randi is one of her son's biggest fans. She regularly attends his games.

Randi has also been a terrific grandmother to Patrick and Brittany's daughter, Sterling. She regularly babysits and often posts about her on social media. Although the 6-foot-3 starting quarterback was the only one to go into MLB clubhouses and meet Hall of Fame players like Derek Jeter and Alex Rodriguez, Patrick Mahomes does have five total siblings.

Patrick's younger brother Jackson Mahomes is a TikTok celebrity with over 250,000 followers on his Instagram account. Mia Randall is his younger sister. Mahomes also has three siblings born of his father: Graham, Avery and Zoe. 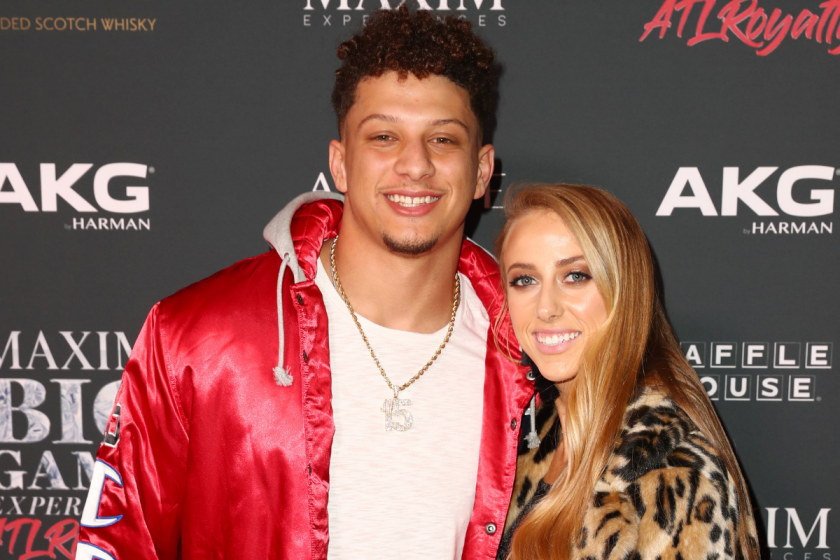 Kansas City Chiefs QB Patrick Mahomes and fiancée Brittany Matthews have been together since their sophomore year of high school. That's right, they are high school sweethearts.

Matthews was college soccer player at the University of Texas at Tyler and played professionally for one year in Iceland before moving to Kansas City. She now owns Brittany Lynne Fitness and is a co-owner of Kansas City NWSL, a women's professional soccer team.

Matthews is also very active on social media, especially during the NFL season.

The star quarterback proposed to Matthews at Arrowhead Stadium in September 2020, the two got hitched in 2022 in Hawaii.  Patrick also used his massive net worth to buy a large plot of land to build a house for Brittany to play homemaker in, as they grow their lovely family of four.

Brittany also launched a line of fitness clothing, with some offerings inspired by her children.

Mahomes developed into a superstar American football player in the National Football League. He sat behind Alex Smith his rookie season before Smith was traded to the Washington Football Team.

In his first season as a starter in 2018, Mahomes threw for 50 touchdowns and just 12 interceptions and was named the NFL MVP while taking the Chiefs deep into the playoffs before losing to the New England Patriots.

He followed it up by guiding the Chiefs to Super Bowl LIV after taking down the Houston Texans and then the Tennessee Titans in the AFC Championship Game. KC beat quarterback Jimmy Garoppolo and the San Francisco 49ers in Miami and Mahomes was named Super Bowl MVP. It was the Chiefs' first Super Bowl victory since 1969.

The Kansas City Chiefs QB led his team to another Super Bowl last year, but fell to Tom Brady and the Tampa Bay Buccaneers.

There is no doubt Mahomes, the son of a former Major League Baseball pitcher, has athletic genes and he continues to be a popular face of professional sports across the world.

This article was originally published January 20, 2020. It was updated to reflect editorial corrections on Mahomes' additional siblings on his father's side.