Kansas City Chiefs quarterback Patrick Mahomes II is committed. Now, I'm not talking about the kind of commitment that wavers at the sign of trouble. Mahomes is so committed he bought an ownership stake in the city's Major League Baseball team -- the Kansas City Royals -- without batting an eye. That's something that Buccaneers QB Tom Brady (who beat the then-AFC champs in Super Bowl LV), Bengals QB Joe Burrow, and AFC rival QB Justin Herbert of the Chargers can't say for themselves. But if you ask Patrick Mahomes wife Brittany, he made the biggest commitment of his life on March 12, 2022.

The Super Bowl MVP also put pen to paper on his record-setting 10-year, $503 million contract in July 2020, tying him to Kansas City, Missouri, until he's 36 years old. He's not looking back and already planting roots in Kansas City with his growing family. 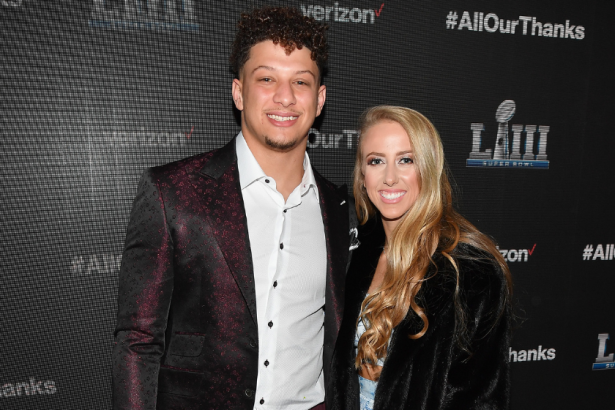 Mahomes and Brittany Matthews met during their formative years at Whitehouse High School in Texas, according to the Kansas City Star.

A few of Matthews' Instagram posts show the pair together as far back as 2011 when Mahomes was in 10th grade; Matthews graduated in 2013, one year before Mahomes. Another classic high school sweethearts story. Their relationship blossomed as Mahomes grew into a nationally-scouted Class of 2014 quarterback on the football field and overpowering pitcher on the baseball diamond.

Matthews wasn't just Mahomes' No. 1 cheerleader on the sidelines, though. 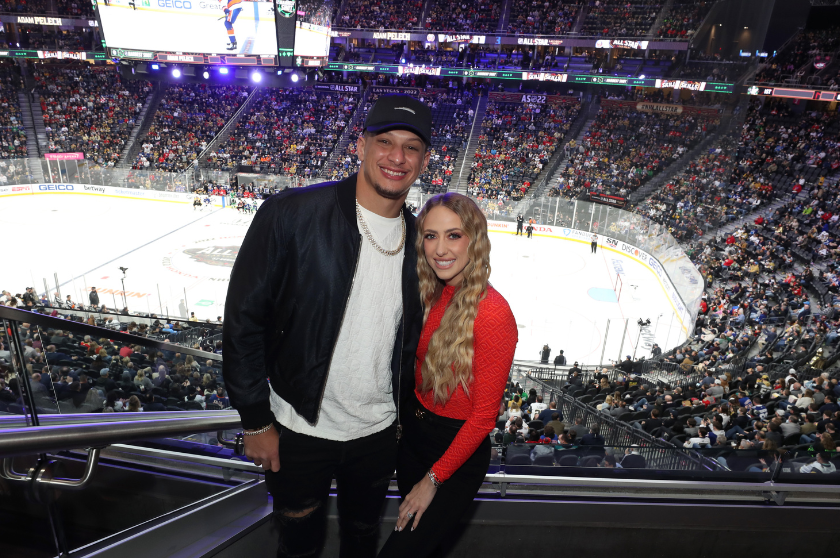 Matthews was a standout soccer player for Whitehouse and went on to play college soccer at the University of Texas at Tyler. She scored 31 goals and finished second in program history with 78 points, helping UT Tyler to a 56-13-5 record during her four years. Matthews parlayed her success into a professional soccer contract with a club called UMF Afturelding/Fram in Iceland.

As you'd expect, the Texas Tech University legend was by his girlfriend's side just weeks after being selected No. 10 overall in the first round of the 2017 NFL Draft by the Kansas City Chiefs.

Matthews returned home after a short stint abroad and began using her bachelor's degree in kinesiology to build Brittany Lynne Fitness, her own fitness company. Utilizing her social media platforms and training as an athlete, the fitness influencer has crafted a slogan "Training with Britt" and has garnered more than one million Instagram followers.

The certified personal trainer builds various workout programs for her clients, and you better believe she's not letting Mahomes slack off during the offseason.

Mahomes Proposed With a Massive Ring

Brittany Matthews got an engagement ring.

?: patrickmahomes and brittanylynne on IG pic.twitter.com/lFxXwMNaGL

Mahomes and players received their Chiefs Super Bowl rings at Arrowhead Stadium on September 1, 2020, for beating the San Francisco 49ers in Miami, but that wasn't the most important ring on Mahomes' mind.

The Super Bowl LIV MVP proposed to his longtime girlfriend with an engagement ring featuring a diamond nearly the same size as the rock he received in the team's ring ceremony. Mahomes put together a beautiful set-up with flowers and a "Will You Marry Me?" sign in one of the suites at the stadium. Just like that, Patrick Mahomes' girlfriend Brittany Matthews became his fiancée.

He shared the news on his Instagram story just two days after he called her "#MyBabe" on Brittany's 25th birthday. Something tells me he didn't find that ring on Amazon. It must have cost a fortune.

"Ring SZN," he wrote with a picture of the ring on his new fiancee's hand.

The two tied the knot in Hawaii this past offseason, and they're continuing to build their family.

The year 2020 may have been a bad one for most, but it's treated the Chiefs QB pretty well.

After dropping to a knee and proposing at his team's Super Bowl ring ceremony, the star quarterback and Brittany announced on September 29 that they were expecting their first child. Their daughter, Sterling Mahomes, was born on February 20, 2021.

The young mom celebrated an early birthday with Patrick and their daughter at a facility for the Kansas City Women's Soccer League, a professional women's soccer team in the National Women's Soccer League in which she's a co-owner of. Sterling also recently starred in an Oakley commercial with her dad.

Daughter Sterling Skye has a new title besides commercial star, however. She's also going to be taking on big sister duties soon. Back in May, Patrick and wife Brittany Matthews announced they are expecting a second child. Brittany had a baby bump in Week 1 and has used her moment to have a maternity shoot with Baby No. 2 on the way.

The NFL star's family is going on four strong, and you can bet they'll all be there as Patrick picks apart secondaries this NFL season.

MORE: Baker Mayfield's Wife Emily Has Been His Rock Through Thick & Thin