As the NBA Playoffs began with the Play-In Tournaments in each conference, the Brooklyn Nets season, one that began with the Nets as championship frontrunners, was already on life support.

Now that the Nets have been eliminated in a four-game sweep by the Boston Celtics in the first round of the Eastern Conference Playoffs, there are serious questions; questions about the performance and leadership of Kevin Durant, the intentions and dedication of point guard Kyrie Irving, and the inevitable questions about the future.

But who does the pressure really fall upon?

For their All-Star players, Kevin Durant and Kyrie Irving, there is certainly some blame to go around. Kyrie played in only 103 games in three seasons since coming to New York, and this season he played in only 29 games as a result of being unvaccinated. Durant averaged just 22 points in the first three games against Boston, before scoring 39 in Game 4, and was -31 for the series

All that being said, for Kyrie and KD, there is nothing left to prove in the playoffs. Durant won two titles with the Golden State Warriors in 2017 and '18 -- against Kyrie and LeBron and the Cleveland Cavaliers -- and this came after a Kyrie step-back three beat the Warriors in Game 7 in 2016. For the big names in Brooklyn, playoff success has been realized.

That is, except for Nets head coach Steve Nash. 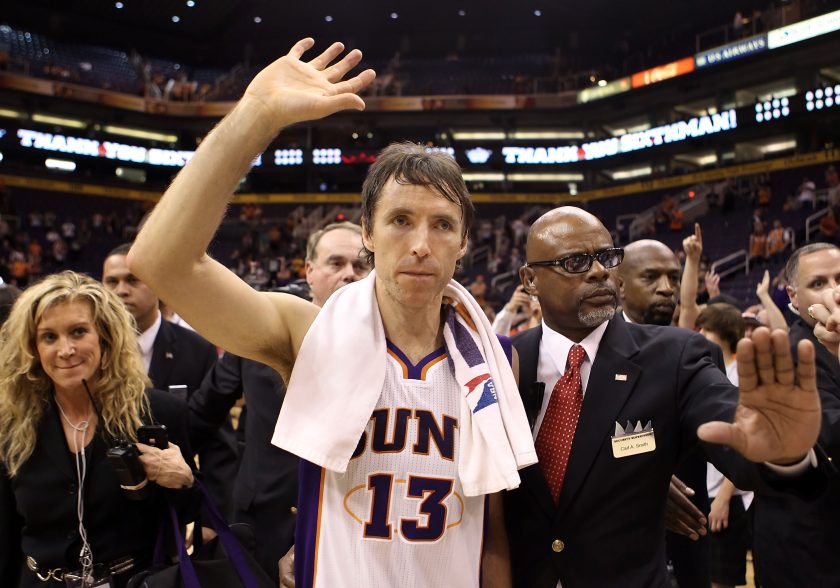 RELATED: Mike D'Antoni: The Coach Who Sped Up the Game

Nash had a brilliant, Hall of Fame career, and in his prime he elevated the entire aesthetic of basketball. Every time you see a player dribble the ball all the way under the basket and back out, you'll hear his name mentioned. However, despite 10 trips to the postseason, including eight straight from 2001 to 2008, Nash never played on a team that could finish the job.

Nash's playoff career took place in two chapters. The first was in Dallas, where Nash, Dirk Nowitzki, Michael Finley and coach Don Nelson experienced a sustained run of success, with Nash & Co. making the playoffs every year from 2001 to 2004.

The second chapter was in Phoenix. In his second stint with the Suns, Nash won back-to-back league MVP awards in 2005 and 2006 while running coach Mike D'Antoni's "Seven Seconds or Less" offense, and in eight seasons the Suns averaged 50 wins per season and made the playoffs five times, losing in the Western Conference Finals in 2005, 2006 and 2010.

The stretch with Don Nelson & Young Dirk in Dallas was hardly disappointing. The Mavericks topped out as the 3-seed in a perennially deep-rolling Western Conference, and they were never eliminated by a lower seed. They lost twice to the San Antonio Spurs -- which by the time he left Phoenix would become a theme for Nash -- and twice to Chris Webber and the Sacramento Kings.

In Phoenix, however, Nash (and Suns fans) must feel like something was left on the table. They entered the playoffs as the 1-seed in 2005 and lost to the 2-seed (and eventual champion) Spurs in five games in the Western Conference Finals. They entered as the 2-seed in 2006 and 2007, losing first to the 4-seed Dallas Mavericks in six games in the Western Conference Finals in '06, then again in six games to the 3-seed Spurs in the second round in '07.

That would make three consecutive seasons that the Suns were eliminated as a higher seed on their home floor. In 2008, the Suns entered as the 6-seed and lost (again) to San Antonio, this time in five games in the first round, and then in 2010 3-seed Phoenix and Nash made one last run, finally bowing out to the top-seeded Los Angeles Lakers in six games in the Western Conference Finals.

And just like that, Father Time shut and locked the window on Steve Nash's prime and the Nash/D'Antoni Suns championship window.

So, is this team his best shot?

Can Steve Nash Win in Brooklyn? 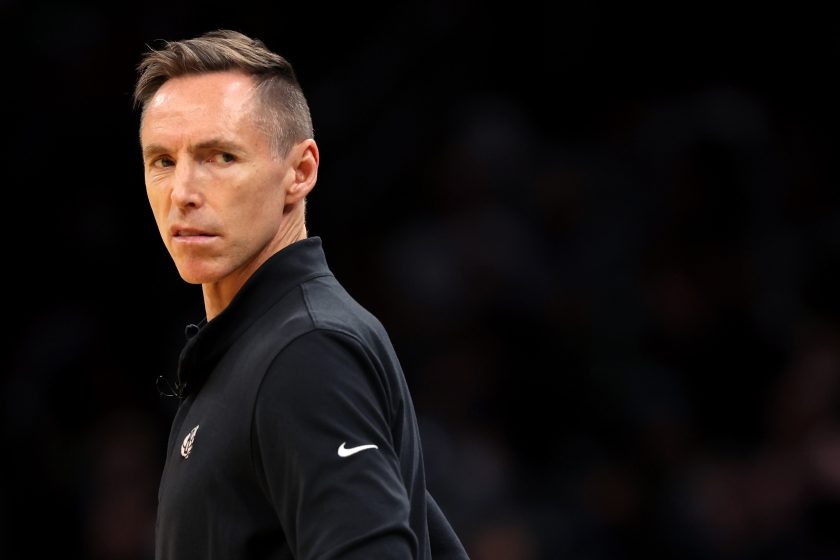 Nash now finds himself peering into a different window. And while Nash's playoff career was known for overachievement, the Nets teams he's commanded have been the opposite. In his first season, in 2020-21, the Nets had a franchise-record .667 winning percentage and finished as the 2-seed in the Eastern Conference only to lose to the eventual champion 3-seed Milwaukee Antetokounmpos, I mean Milwaukee Bucks, in the second round, dropping Game 7 in overtime on their home floor.

And now, in 2021, after a season where the Nets, who had been sitting in one of the top three spots in the East from November 18 to January 25, lost 11 games in a row from January to February behind a Kevin Durant knee injury. The losing streak culminated in a trade with the Sixers that sent James Harden to Philly for Ben Simmons and Seth Curry, and saw them fall from first to eighth in the Eastern Conference standings.

The Nets also played all regular season under the cloud of Kyrie Irving's game limitations. Irving, who is unvaccinated, was barred under NYC mandate from playing in any of his team's home games. Once the mandate was lifted, the Nets were at full strength, and according to many experts were an instant contender in these NBA Playoffs. And many will be calling for Nash's head if they can't answer the call next year, after being bounced out of the first round by the Boston Celtics.

So how much time is left before this window for Nash shuts? And will there be another one? Only time will tell, but much like his time in D'Antoni's fast-paced offense, that time is limited.