Get ready, because it's almost time for the NBA playoffs! But first, the NBA play-in tournament. We saw the play-in format, which garnered mostly negative reviews from players, at the end of last season. I get it, teams play a long season to make it into the playoff standings, only to possibly get knocked out by a team seeded below them. I'd probably be mad about it, too. It sure makes things a lot more exciting for the fans, though.

Traditionally, the top eight teams in each conference at the end of the regular season earn a playoff spot and are the teams that compete in the playoffs. But how does the play-in tournament work? Well, it's a good time to learn since it starts on Tuesday, April 12, and as NBA Commissioner Adam Silver hinted to NBA.com, the tournament won't be going anywhere. Let's dive in.

What is the NBA Play-In Tournament?

The first games will be the 7th-seeded team hosting the 8th-seeded team in each conference, with the higher seed getting the home-court advantage. The winner of this game will move on to take the 7th seed in the playoffs. The loser (saying that always sounds mean) will get another chance, though!

The next games will be the 9th-seeded team hosting the 10th-seeded team in each conference. The winner of this game will go on to play the loser of the first game (either the 7th-ranked or 8th-ranked team). The loser is out of the playoffs. These games will be broadcast on TNT and ESPN.

Why Did the NBA Add the Play-In Tournament? 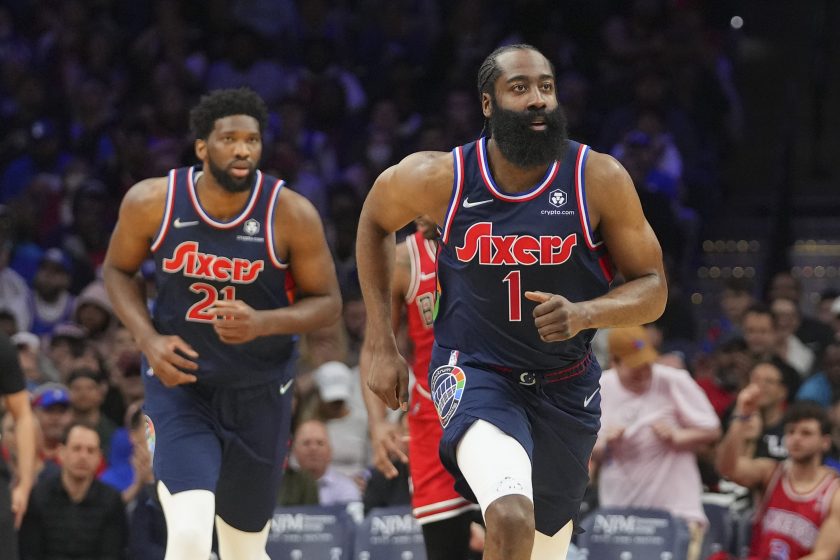 One of the main reasons the NBA decided to introduce the play-in tournament is to discourage teams from tanking at the end of the regular season in order to get lottery picks.

The end of the regular season can be painful for fans -- watching star players sit on the bench, seeing teams lose games on purpose -- competition and energy seems to go out the window right before what is the most exciting part of the season. Even the 10th seed has an opportunity to play in the postseason with the play-in tournament, meaning the only teams likely to tank are those that have absolutely no chance of breaking the 10th spot in their conference. It also encourages teams hanging around the 7th and 8th seeds to push harder to win at the end of the regular season and get out of those play-in spots.

There's also the big excitement factor. People go crazy (or...mad) for March Madness -- even those who don't follow college basketball at all throughout the year. I, admittedly, don't follow college basketball and I always tune in during March Madness. Single elimination play-in games raise the stakes to about as high as they can be, so more people get invested in each matchup. Fans of teams sitting in the 9th and 10th places in the NBA standings watch in hopes that their team can grind their way into the postseason. 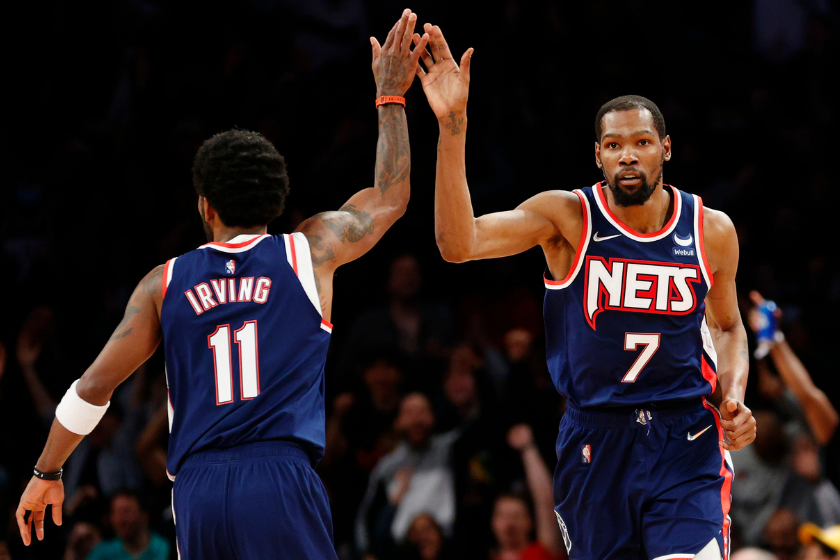 Already in: Jimmy Butler and Kyle Lowry's Miami Heat, Giannis Antetokounmpo and the Milwaukee Bucks, Jayson Tatum and the Boston Celtics, Joel Embiid and the Philadelphia 76ers, Fred VanVleet and the Toronto Raptors and DeMar DeRozan and the Chicago Bulls.

Here's where the teams in the East stand.

7th: Cleveland Cavaliers - the Cavs hold the 7th spot with a record of 43-37 with no chance of breaking into the 6th spot. This is the first time the Cavaliers have advanced to the NBA Playoffs since LeBron James left for Los Angeles.

8th: Brooklyn Nets - the Nets are just one game below the Cavs with a record of 42-38. If they end up tying the Cavs' record, they will take the 7th seed because they lead the series record between the teams. Steve Nash continues his search for a ring as Kyrie Irving and Kevin Durant look to keep their promise of bringing an NBA Championship to Brooklyn.

9th: Atlanta Hawks - the Hawks are actually currently tied with the Nets with a record of 42-38 but the Nets won the series between the two teams.

10th: Charlotte Hornets - the Hornets are currently in the 10th spot with a record of 41-39, but with two games left there's still time for seeding to change. 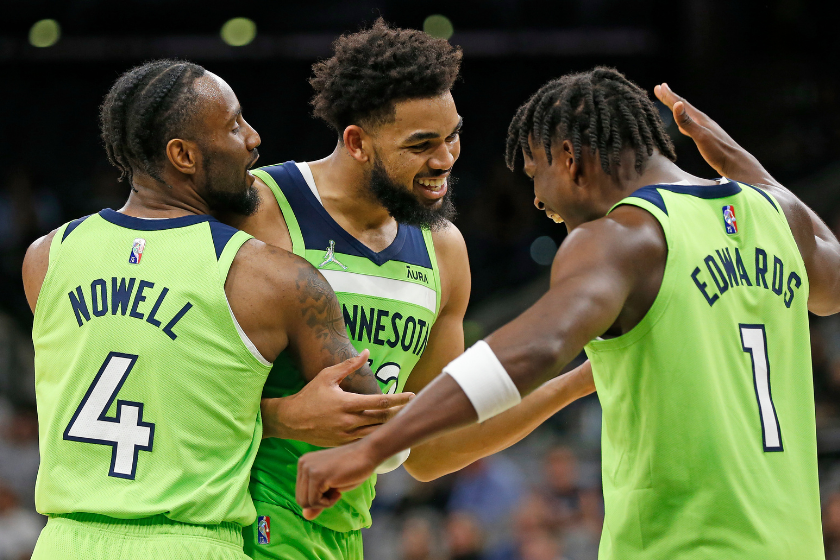 Already in: Devin Booker and the Phoenix Suns, Ja Morant and the Memphis Grizzlies, Steph Curry and the Golden State Warriors, Luka Doncic and the Dallas Mavericks, Donovan Mitchell and the Utah Jazz and reigning NBA MVP Nikola Jokic and the Denver Nuggets.

Here's where the teams in the West stand.

7th: Minnesota Timberwolves - the Timberwolves have a record of 46-35, securing their spot at number 7 in the West.

8th: Los Angeles Clippers - the LA Clippers are secure in the 8th seed with a record of 40-40.

9th: New Orleans Pelicans - the Pelicans are currently in the 9th spot with a record of 36-44, two games above the Spurs. They will end up in this spot or 10th.

10th: San Antonio Spurs - the Spurs currently have a record of 34-46, two games below the 9th-ranked Pelicans. They still have the opportunity to move up to the 9th spot if they win their next two games and the Pelicans lose as they lead the series between the two teams.

The play-in tournament starts on Tuesday, April 12 and will end on April 15. After that, the first-round playoffs begin on April 16th.

Are you excited? Because we are.

MORE: The 11 NBA Teams Without a Championship, From Oldest to Youngest