Babe Ruth needs no formal introduction. He's the greatest baseball player to ever step foot on a baseball diamond. There's a reason someone would pay millions of dollars for a used bat by the man who not only changed Major League Baseball but saved it following the ugly 1919 Chicago Black Sox scandal.

Mike Trout may be the better overall player and could one day surpass the Babe, but no one was as dynamic as Ruth. He clubbed 714 career home runs, tallied 2,214 RBIs and hit for a cool .342 batting average over his 22-year Hall-of-Fame career. He was really the first true power hitter in professional baseball's modern era.

Naturally, he had a ton of nicknames. 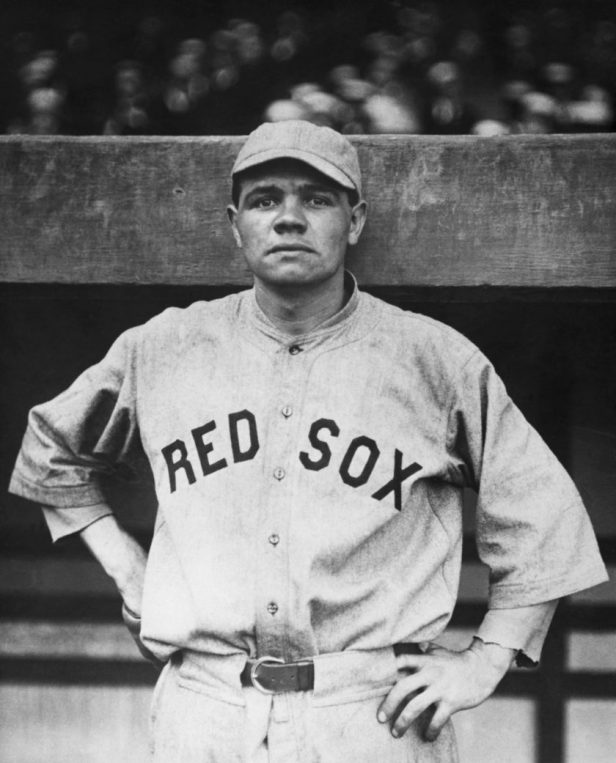 Photo by Bettmann via Getty Images

RELATED: The Girl Who Struck Out Babe Ruth and Lou Gehrig

Of course, Babe wasn't Ruth's real name. George Herman Ruth Jr. grew up in Baltimore, Maryland and was named after his father. Through the course of his illustrious, home run-swatting career he picked up many awesome nicknames along the way. Many of them were the product of American sportswriters who were infatuated with hyperbole.

If you've ever seen classic baseball movie "The Sandlot" you probably already know some of the main monikers for the Babe: The Sultan of Swat, The King of Crash, The Colossus of Clout and The Great Bambino.

But have you heard of Jidge, The Behemoth of Bust, The Titan of Terror or any of the others from the seemingly endless list? Probably not. Without further ado, here's a ranked list of them all. 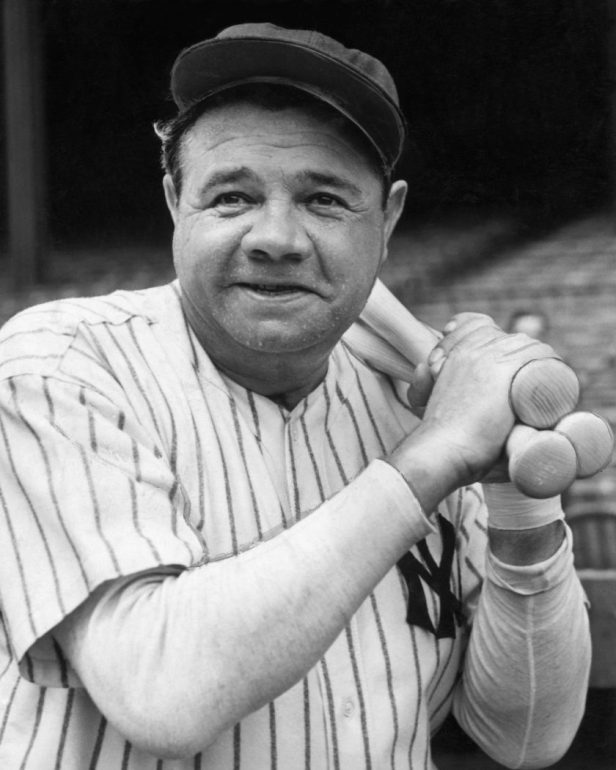 All three of these 'M' words were used interchangeably to describe the Babe. In my opinion, Mastodon is the best one. But this trio ranks at the bottom for lack of creativity. 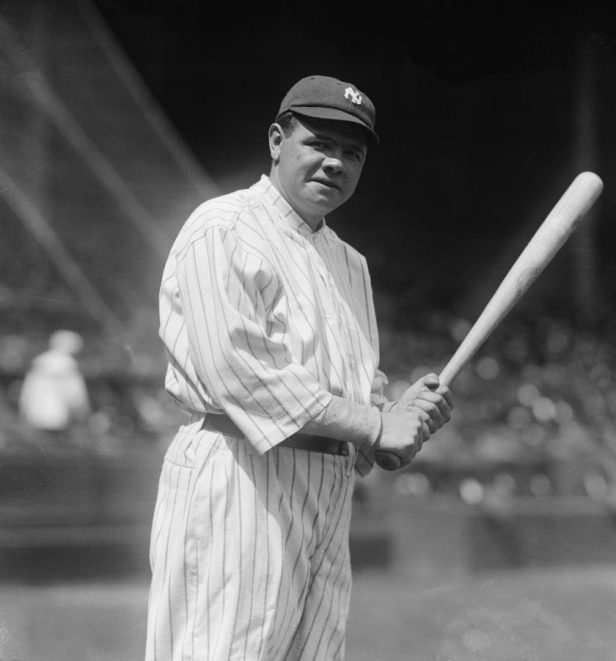 A sachem is a chief or a boss. This one checks out.

19. The Prince of Pounders 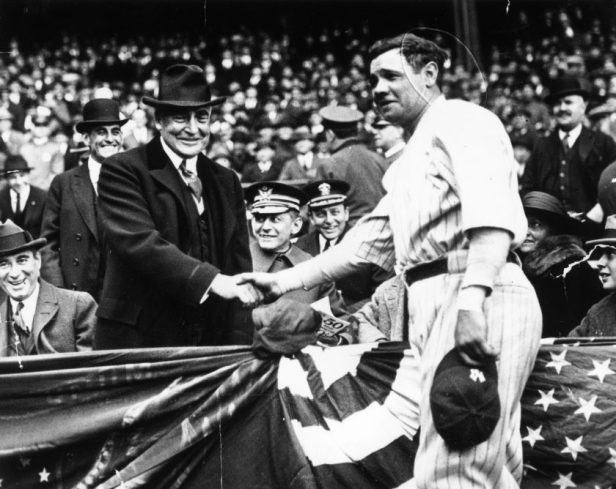 I'm not talking quarter pounders, though legend has it that Ruth ate a ton of hot dogs and drank more beer than any athlete ever should. Ruth pounded balls into orbit too many times to count. In fact, he hit the first home run in All-Star Game history and the first ever at Yankee Stadium. 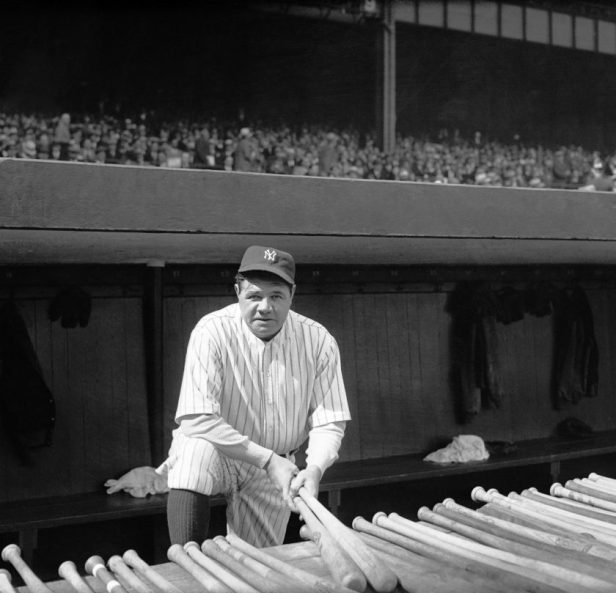 Forget Oz. Ruth was the first to ever whack a major league record 60 homers in a season when he did so in 1927. Since then, the only other ballplayer to eclipse Ruth's single-season home run record not accused of taking steroids was another Yankees legend: Roger Maris. 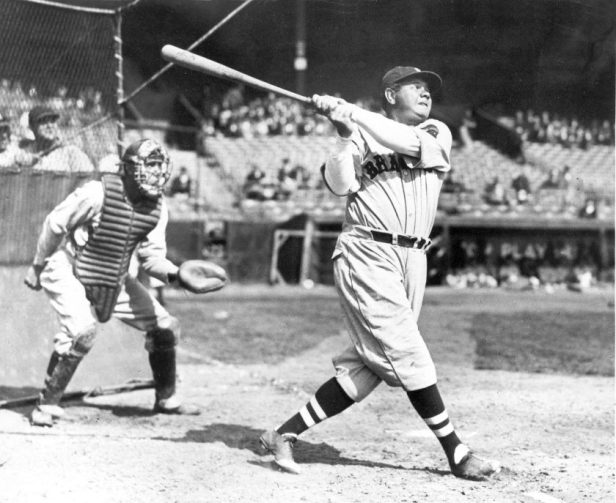 Ruth walloped balls until the very end of his career. His final hit came as a member of the Boston Braves on May 25, 1935, a long home run against the Pittsburgh Pirates at Forbes Field. It was his third homer of the day. Nineteen years later, someone by the name of Hank Aaron entered the league for that same franchise. 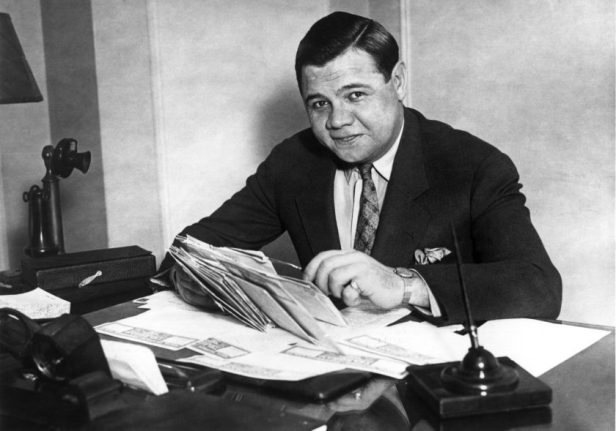 A blunderbuss is a type of short-ranged, powerful gun. The word also means to act without subtlety or precision, which probably refers to Ruth's penchant for confrontation. He once chased a heckler into the stands in 1920 and again two years later. When he was a young boy, he was sent to live at St. Mary's Industrial School for Boys, which was the Catholic reform school he most likely learned to play baseball at.

15. The Behemoth of Bust 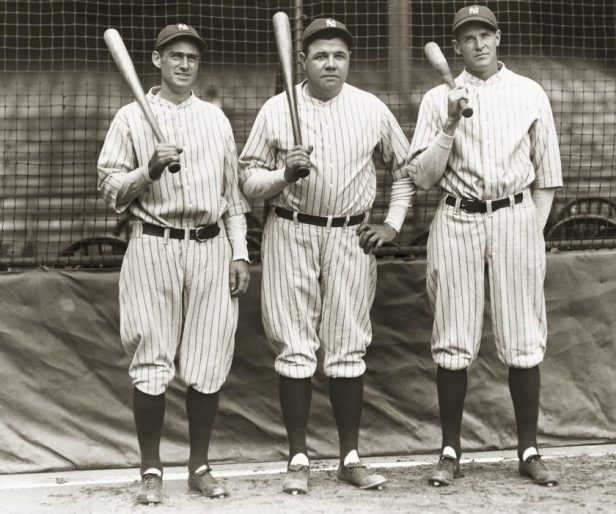 Ruth busted up baseballs more than Muhammad Ali busted up lips. One National Baseball Hall of Fame historian, Bill Jenkinson, estimated Ruth hit the longest homer ever hit: a 575-foot shot to dead center field out of Tiger Stadium in 1921. And players say the ball is juiced today. 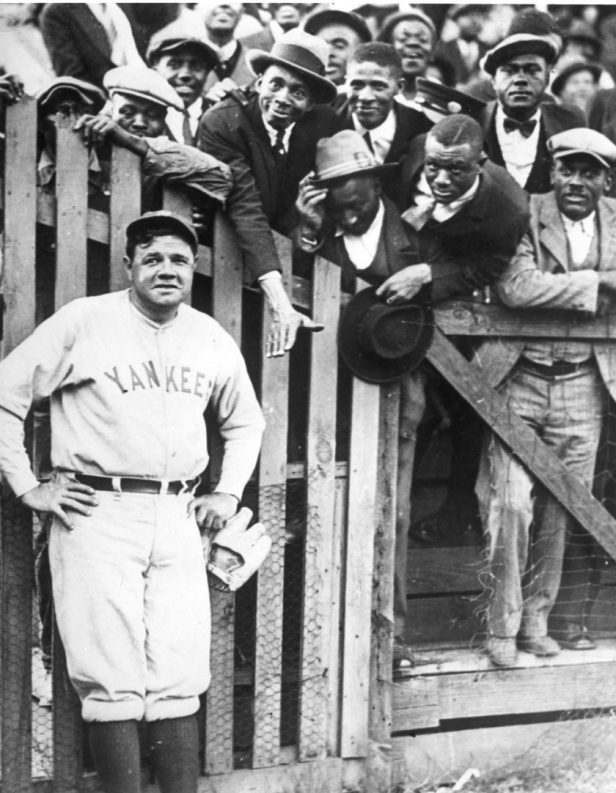 The following three nicknames all follow a similar trend: The (synonym for high-ranking official) of (synonym for a hard hit or loud noise). Honestly, whoever invented these were really in their bag.

13. The Maharajah of Mash 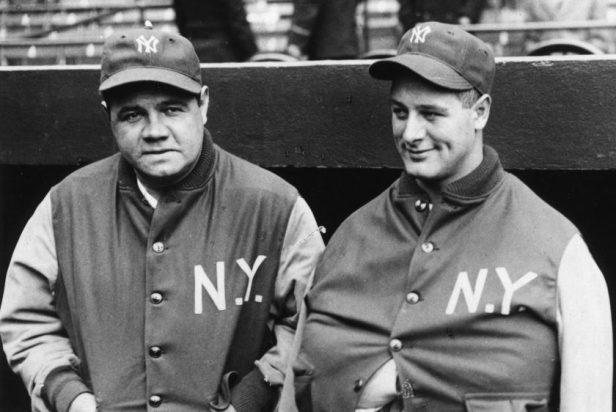 Mash he did. Ruth clobbered three homers against the Cardinals in Game 4 of the 1926 World Series and did the same two years later in a World Series game. Only three men since -- Reggie Jackson, Albert Pujols and Pablo Sandoval -- have circled the bases three times in a Fall Classic game. 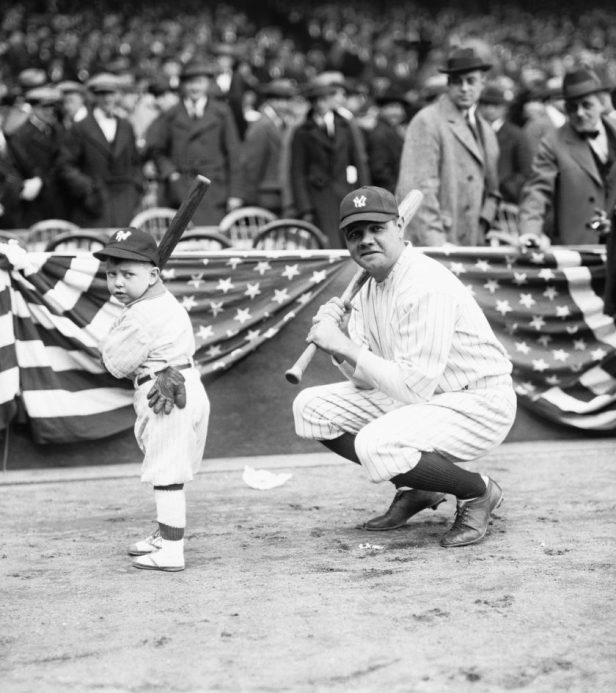 No one hit the ball harder than Ruth did, and the crack of the bat when he ferociously swung was probably a hazard to thousands of ear drums at the Polo Grounds and Yankee Stadium, which came to be known as "The House That Ruth Built." 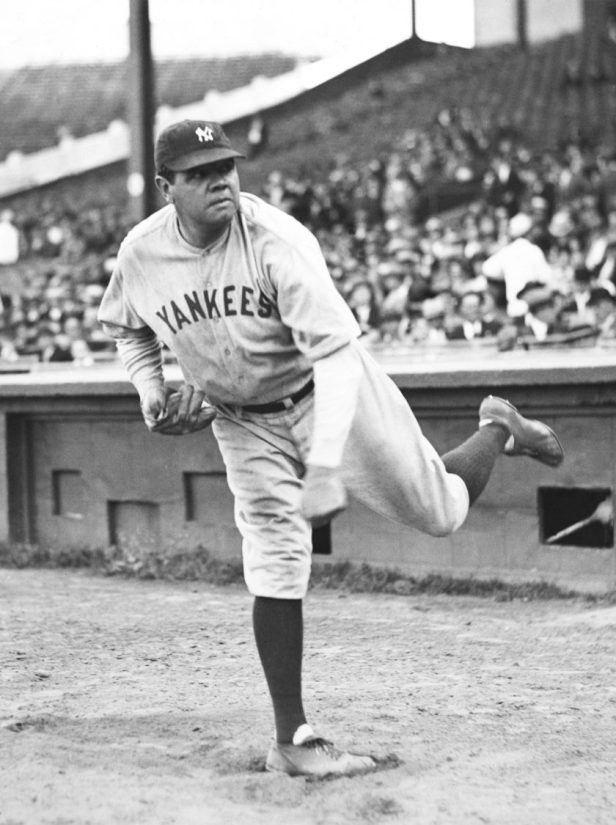 Photo by Keystone-France/Gamma-Keystone via Getty Images

Beowulf was an important hero in Old English literature. He slayed a giant monster, the monster's mother and then a freaking dragon. All with a sword. Psh, Ruth could do all that with a 30-ounce Louisville Slugger. 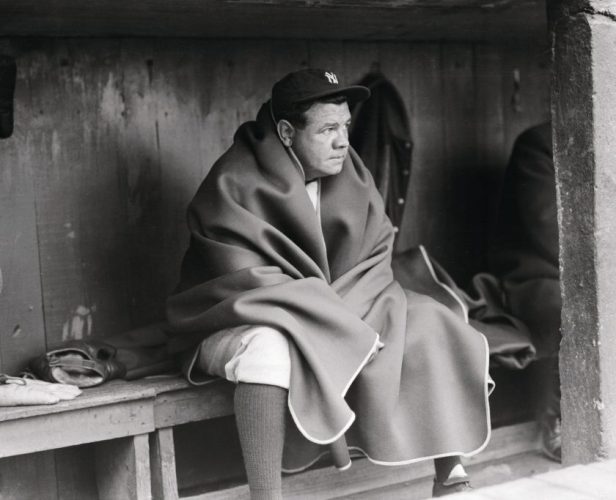 Photo by Bettmann via Getty Images

Many rulers in history have called themselves greats. But could Alexander, Cyrus, Peter or Catherine hit a ball 400 feet? No? Point to George Herman. 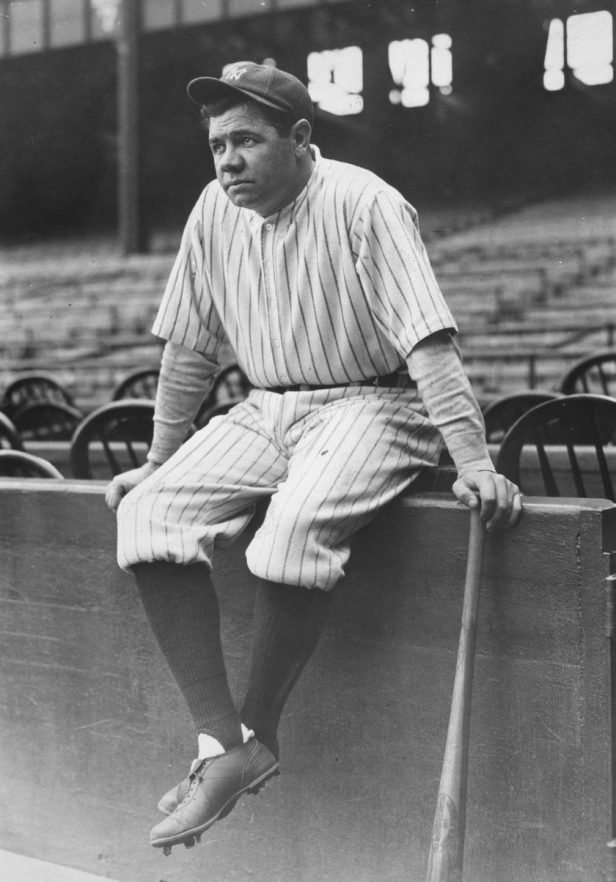 Sometimes just "The Bam." There's really no explanation needed here. Ruth hit the crud out of the ball when he swung his club and earned this nickname way before The Flintstones introduced the club-wielding character Bamm-Bamm. 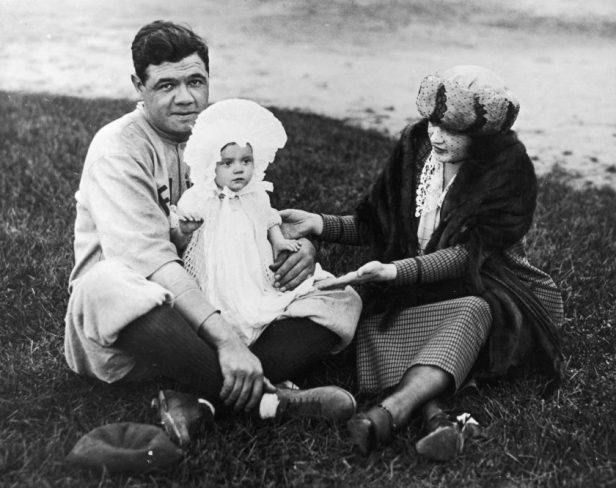 A distortion of his birth name, George. Yankees teammate and catcher Benny Bengough once called him this and, apparently, so did other teammates of Ruth's. And yes, it's awfully close to Judge, like Aaron.

7. The King of Swing 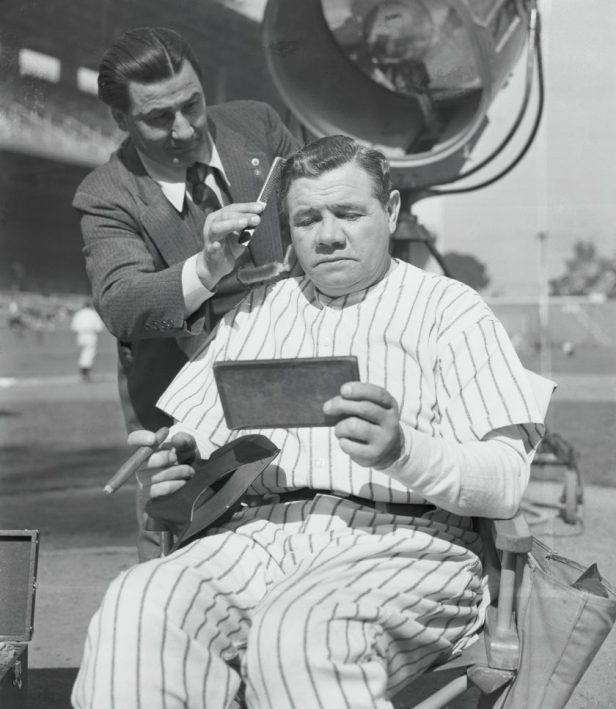 Who else deserves to be called the King of Swing other than the man who famously called his shot against the Chicago Cubs in Game 3 of the 1932 World Series? Whether he actually pointed beyond the outfield wall before hitting a dinger is up for discussion, but isn't baseball history more fun when it includes the "Called Shot"?

6. The Titan of Terror 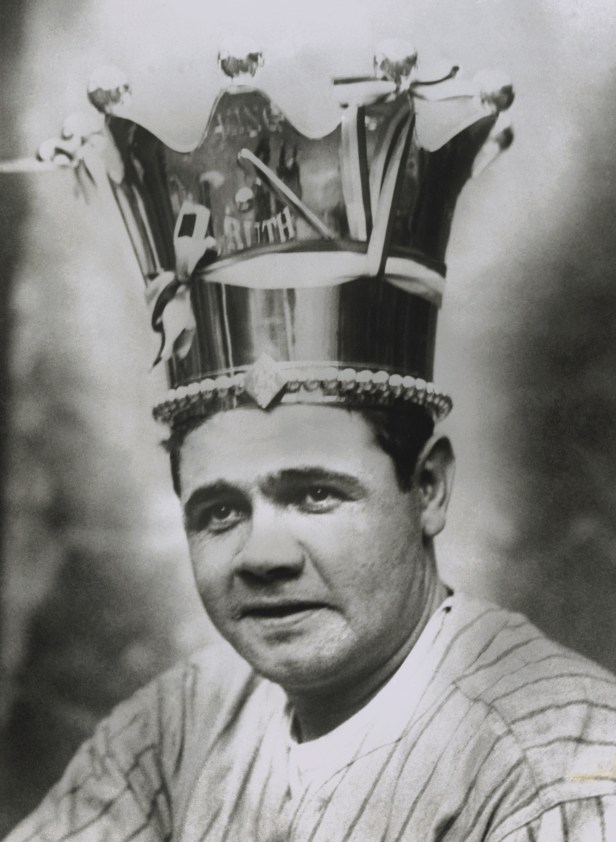 Imagine being an opposing pitcher when Ruth steps up to the plate. Despite his warm and welcoming demeanor off the field, he invoked terror on the field like no one else during his playing days. He was also sometimes referred to as the Terrible Titan.

5. The King of Crash 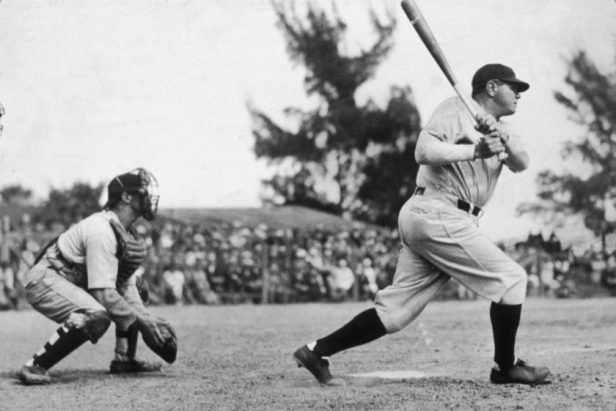 Ruth was the king of a lot of things, and crash was definitely one of them. By the time he was 26, he took hold of first place on MLB's all-time career home run list with his 139th long ball in 1921.

4. The Colossus of Clout 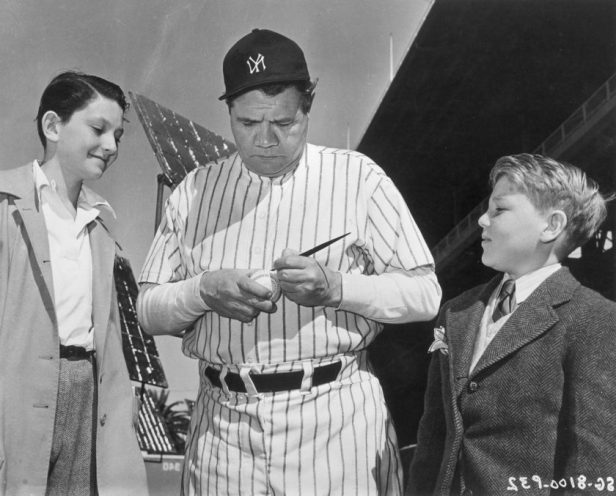 I'm a sucker for alliteration and Ruth was the master of clout. He was worshiped by baseball fans across the United States for his transcendent play. Some call him the caliph of clout or the king of clout, but this nickname is more widely used.

Not only was he the game's most prolific home run hitter, he pitched during his early years and was actually dominant on the mound. He went 94-46 and posted a 2.28 ERA during his pitching career before transitioning to an outfielder. Ruth still holds the MLB record for innings thrown in a postseason game. He twirled a 14-inning complete game in Game 2 of the 1916 World Series against the Dodgers.

3. The Sultan of Swat 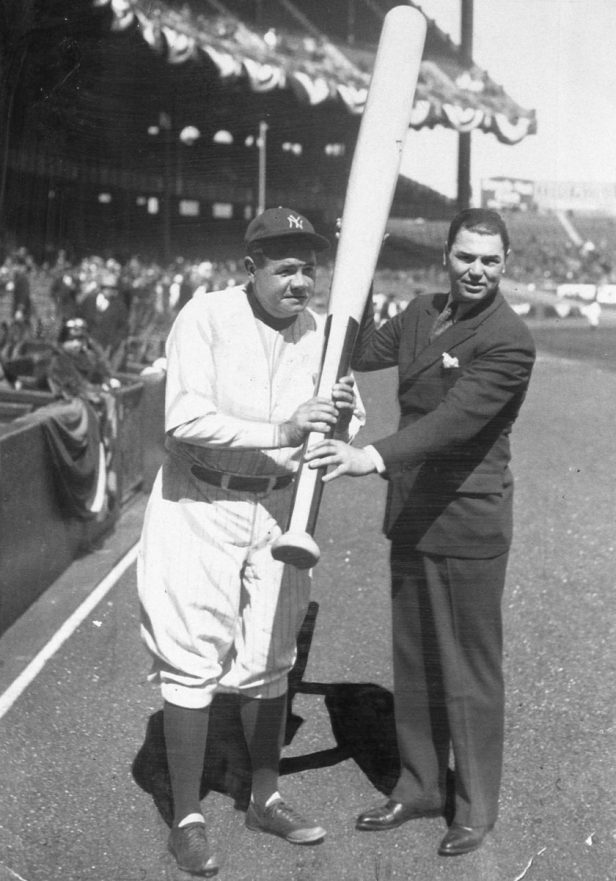 A sultan is a ruler, and Ruth swatted a lot of baseballs out of ballparks in the big leagues. In fact, no one had ever hit more than 30 home runs before Babe swatted a single-season record 54 in 1920, the year after Boston Red Sox owner Harry Frazee sold him to the New York Yankees for $100,000. 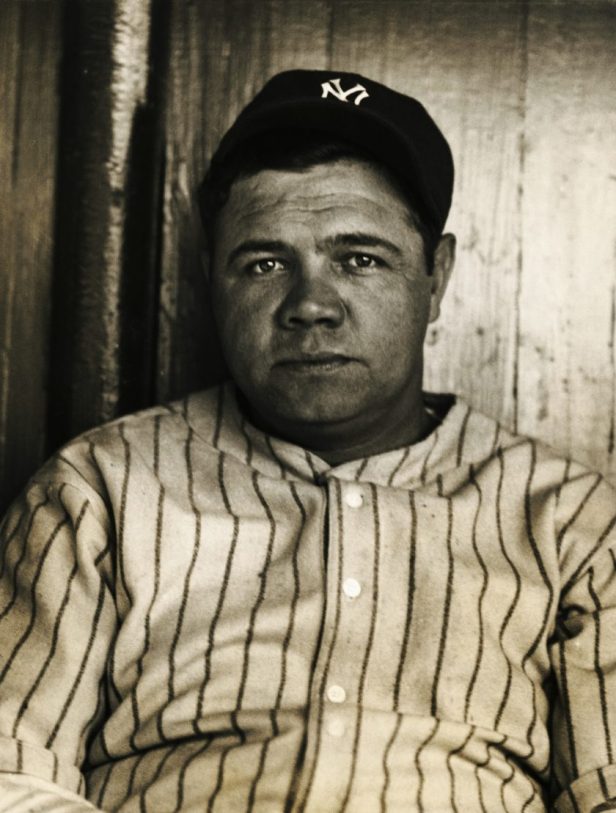 The classic. When the minor league Baltimore Orioles signed the teenager in 1914, he was incredibly gifted but very raw. So fellow teammates referred to him as "Dunn's new babe," because he was seen as owner Jack Dunn's project. In his second pro at-bat during an inter-squad game, he cleared the right field fence.

Babe was also a common baseball nickname in the 1920s and 1930s. This one just happened to stick, and now baseball fans across the world know him as Babe Ruth. That "project" went on to win seven World Series titles, an American League MVP in 1923 and led the AL in home runs 12 different seasons. 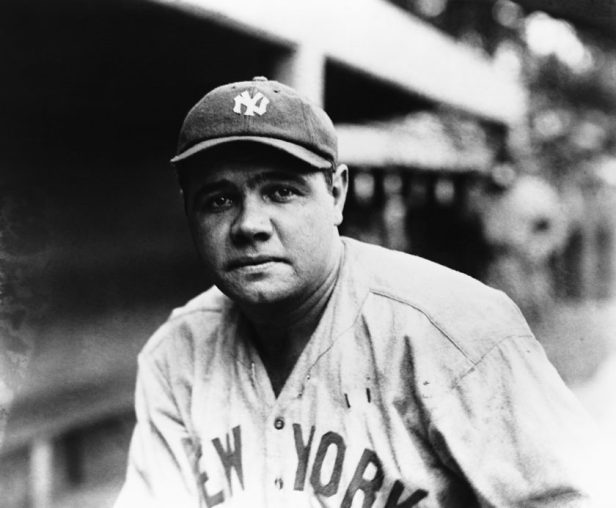 Photo by © CORBIS/Corbis via Getty Images

I don't care what anyone says, The Great Bambino is numero uno. There's a reason the most infamous curse in baseball history, when the Boston Red Sox sold Ruth to the New York Yankees, is forever known as the "Curse of the Bambino." Boston would win one pennant from 1920-64, while the Yankees won 29.

A quick Google search reveals Bambino actually means baby boy in Italian. Ruth was a superstar by the age of 24 and played in the migrant-rich New York City, so this one makes a ton of sense. Plus it rolls off the tongue perfectly.

The Great Bambino was immortalized in Cooperstown in 1936 when he, Ty Cobb Walter Johnson, Christy Matthewson and Honus Wagner were inducted in the Hall of Fame's inaugural class.