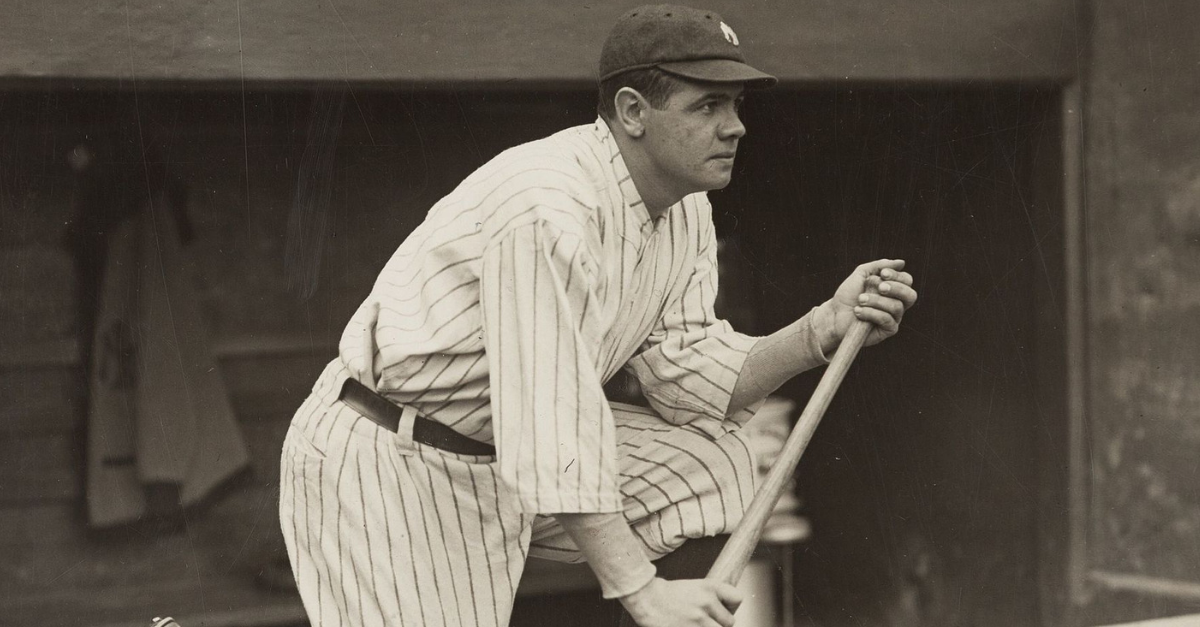 Sports memorabilia collections are the pride and joy of fans everywhere. They serve as legacy protectors and, for obvious reasons, gives the collector the chance to flex every time they have a guest over to their house. Players live on through the very equipment they used while they played, and no one is more valuable in that department than George Herman Ruth.

Babe Ruth was larger than life playing for the New York Yankees from 1920 until his retirement in 1935. During his professional career, “The Great Bambino” hit 714 home runs and used a ton of baseball bats along the way. None, though, have ever sold for more than the bat the Sultan of Swat used to hit his first home run of the 1924 season against the Washington Senators is about to.

That piece of history is starting at a minimum bid of $3 million, and it is expected to be sold closer to $4.5 million when the auction is finally complete.

The unique item was originally gifted to Phil Grossman in 1924, who finished his high school baseball season with the highest batting average in the city of Los Angeles. The bat is engraved with a plaque for Grossman’s accomplishment playing at Jefferson High School, and it’s signed with a personalized message from Babe Ruth himself.

Troy Kinunen of Mears Online Auctions said, “When this bat sells, it will be the most valuable bat that has ever sold.”

RELATED: A Game-Worn LeBron James Jersey was Sold at Auction for $45K

The 1924 season wasn’t Babe Ruth’s best statistical season, but it did happen to be the only year he led all of Major League Baseball and won the batting title with a .378 batting average. It was a season in which Ruth led the American League with 46 home runs, a feat Ruth managed 12 times during his career.

The seven-time World Series champion was one of the “First Five” inaugural members of the National Baseball Hall of Fame alongside Ty Cobb, Honus Wagner, Christy Mathewson and Walter Johnson. They may have incredible greatness that ties them all together, but none have multi-million dollar home run bats up for sale like the Colossus of Clout.

Do you have an extra few million laying around? You can place your bid at Mears Online Auctions for the autographed bat, but just make sure you’re planning on placing more than the starting bid of $3 million.

This Babe Ruth autograph bat is an awesome piece of history that will sure to give ultimate bragging rights to whomever wins the auction for it.