Amyotrophic lateral sclerosis -- commonly known as ALS -- is a nervous system disease that weakens muscles and impacts physical function. There are believed to be fewer than 20,000 Americans living with the disease at any given time, according to The ALS Association. Muscles atrophy as they lose nourishment, and there is no cure to halt or reverse the disease's effects.

Today, its nickname is simply "Lou Gehrig's Disease" and it took the life of one of the greatest baseball players of all time.

Each season on June 2nd, the day Gehrig became the Yankees' starting first baseman, every MLB team honors his legacy and his memory. And what better day to celebrate "the Iron Horse" than the day he started his legendary streak of consecutive games played. Playing 2,130 consecutive games is one thing, but putting up Hall of Fame numbers at the same time is quite another. 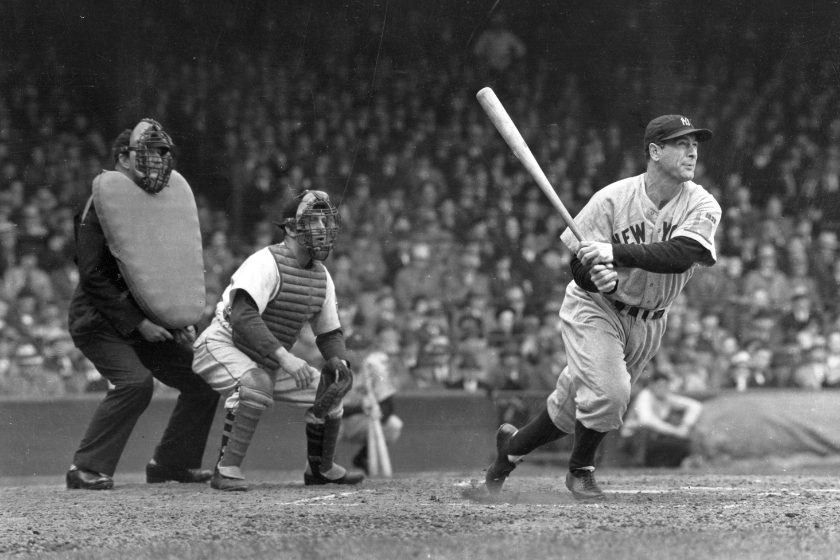 RELATED: Babe Ruth Put Cabbage Under His Baseball Hat, But Why?

Lou Gehrig debuted in professional baseball on June 5, 1923, at 19-years-old for the New York Yankees. By his fifth season, Gehrig had become a full-time starter, led the league with 173 RBIs and was named the American League MVP, his first of two Most Valuable Player honors. Gehrig led the league in runs scored four times, RBIs five times, home runs three times, times on base six times, and won six World Series titles during his 17-year career with the Yankees.

In 1934, he won the MLB Triple Crown, leading professional baseball in batting average (.363), home runs (49), RBIs (166). Somehow, he was not named the MVP that season. The first official MLB All-Star game was held in 1933; Gehrig was named to all seven All-Star games to end his career. Gehrig still ranks sixth all-time in career RBIs (1,995) and is third all-time in 1.080 career OPS (on-base plus slugging).

Perhaps the greatest highlight of his career, Gehrig played in 2,130 consecutive games during his career; it earned him the nickname, "The Iron Horse." Only he and Cal Ripken Jr. (2,632) appeared in at least 1,400-straight Major League Baseball games.

Starting in the 1938 season, the 35-year-old first baseman began experiencing unexplained tiredness. Still, Gehrig played the entire year despite his numbers dropping off. During spring training in 1939, the effects continued, as Gehrig began stumbling while running, and failed to hit a home run the entire spring.

On May 2, 1939, the day after his 2,130th straight game, Gehrig replaced himself in the starting lineup "for the good of the team." Gehrig flew alone to visit the Mayo Clinic in Rochester, Minnesota. There, Gehrig received his diagnosis of ALS.

On June 19, the Yankees publicly announced Lou Gehrig's retirement from professional baseball. The organization made a push to honor Gehrig immediately.

July 4, 1939 would be declared "Lou Gehrig Appreciation Day" in Yankee Stadium. In front of a sold-out crowd for the Yankees-Senators doubleheader, Gehrig delivered one of the most memorable speeches ever. His "Luckiest Man on the Face of the Earth" speech left fans in New York City at Yankee Stadium standing and applauding the all-time great for nearly two minutes. 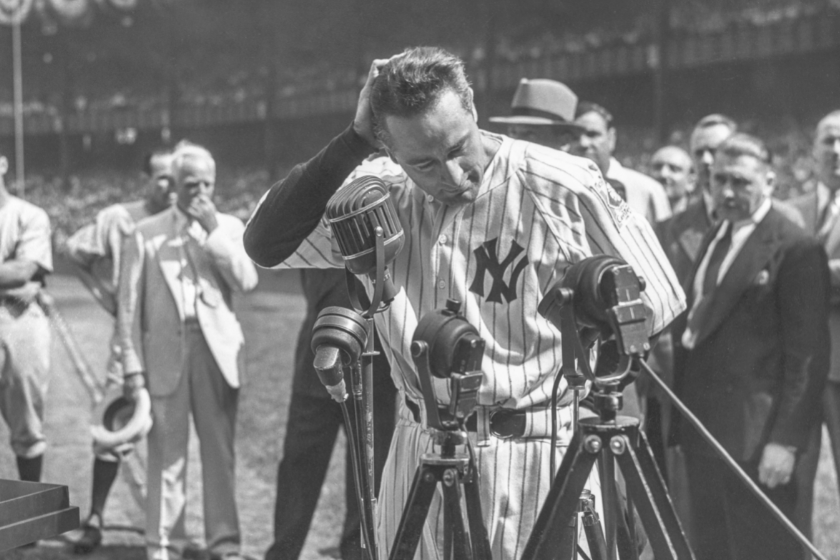 There are few moments in baseball that pull on the heartstrings of fans like this one. Dee Gordon's home run after José Fernandez's death comes to mind, but even then Fernandez was only beginning his career. To have a player like Gehrig step away from the game at the peak of his career was unheard of back then. And while the moment stung, Gehrig gave us one of the all-time greatest sports speeches and a glimpse into the mind of a man who was about to give up the greatest love of his life.

Here is the entire farewell speech Gehrig gave that day:

"Fans, for the past two weeks, you've been reading about a bad break. Today, I consider myself the luckiest man on the face of the earth. I have been in ballparks for 17 years and have never received anything but kindness and encouragement from you fans.

"When you look around, wouldn't you consider it a privilege to associate yourself with such fine-looking men as are standing in uniform in this ballpark today? Sure, I'm lucky. Who wouldn't consider it an honor to have known Jacob Ruppert? Also, the builder of baseball's greatest empire, Ed Barrow? To have spent six years with that wonderful little fellow, Miller Huggins? Then to have spent the next nine years with that outstanding leader, that smart student of psychology, the best manager in baseball today, Joe McCarthy? Sure, I'm lucky.

"So I close in saying that I might have been given a bad break, but I've got an awful lot to live for. - Thank you."

No known, complete video exists of Gehrig's speech. Yet today, only snippets of the speech can be found. New York mayor Fiorello La Guardia and Postmaster General James Farley spoke as well.

At the end of Lou Gehrig's famous speech, the Pride of the Yankees was greeted and embraced by his longtime friend, Babe Ruth. The two were friends in their early days in the league, but as time went on, that friendship soured. Ruth's massive personality and penchant for the social limelight was in stark contrast to the quiet life Gehrig lived. Some have also said that Gehrig didn't believe Ruth was the best player on the Yankees, but got all of his credit and glory. But for one afternoon, these two giants of the game put aside their differences and came together as friends. 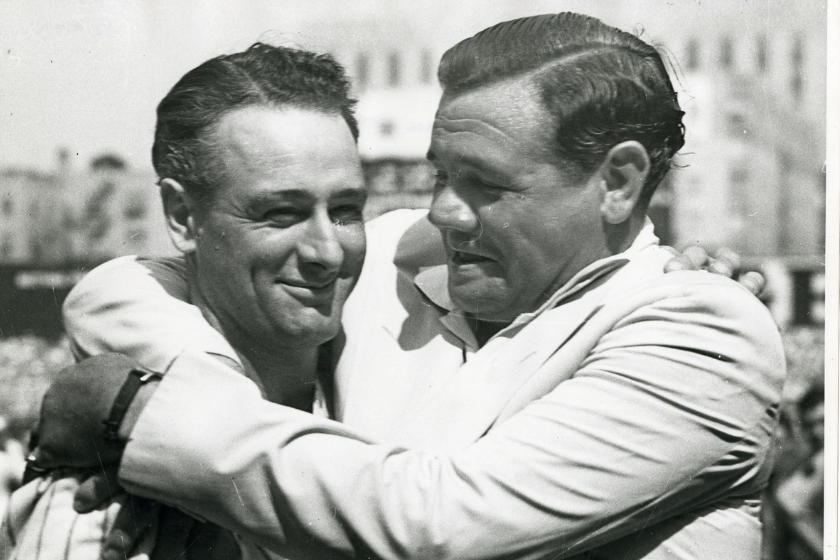 Gehrig was inducted into the Baseball Hall of Fame in December 1939.

Lou Gehrig was the captain of the New York Yankees from 1935 until Gehrig's death on June 2, 1941. He was 37. The epitome of durability, dependability, and class, Gehrig will always be remembered as one of the greatest ballplayers in baseball history.