Somehow, a professional baseball player who basically lived off hot dogs and beer had even more interesting habits during the games in which he played.

The one-time home run king, Babe Ruth, was not just using beer to hydrate as he punished apposing pitchers, he was using cabbage as well.

Babe Ruth Kept Cabbage Under His Cap to Stay Cool 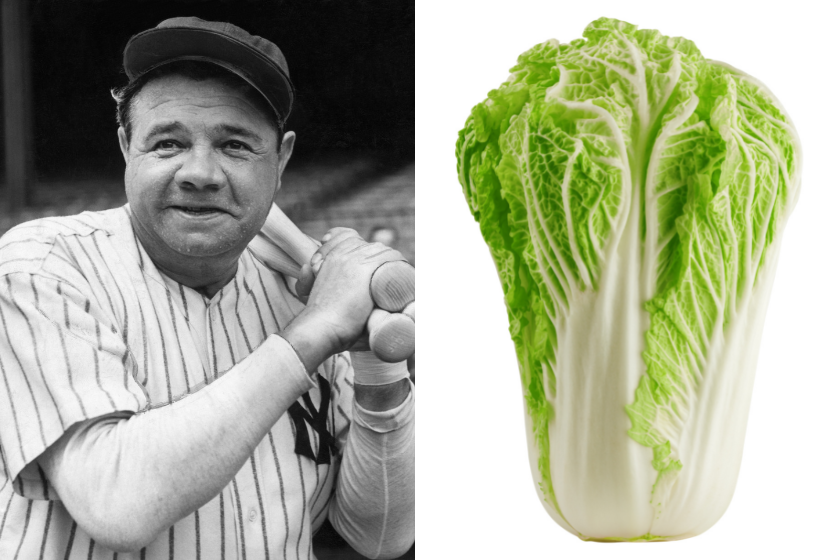 When standing in centerfield under the hot sun, a cap doesn't always do the trick of keeping you cool. And since he couldn't have an ice-cold beer out in the field, George Herman Ruth Jr. had to find another way to keep himself chilled. It didn't help that until years after he retired from Major League Baseball, uniforms were typically made of wool, so standing in the blistering sun would have left players boiling and covered in sweat.

But the Babe found a way to help himself, and eventually teach the trick to his teammates. Babe Ruth would take leaves of cabbage and lay them out over the ice box until they were nice and cold, then lay it over his head while wearing his hat.

The use of cabbage to keep himself cool may have been the healthiest choice he made in the majors, usually practicing a pretty rough diet and sporting the look of a professional food competitor rather than an athlete.

But he was an extremely interesting person, both on and off the field. Here are some other interesting facts about one of the most dominant sluggers in baseball history.

Babe Ruth and Eiji Sawamura at an exhibition game in Japan, Nov 20, 1934. At one point Sawamura struck out four future Hall of Famers in a row: Charlie Gehringer, Babe Ruth, Jimmie Foxx, and Gehrig. Sawamura was 17 years old. pic.twitter.com/dHXJHJLOL6

During World War I, Ruth didn't have everyone cheering his name like he would have been used to in the big leagues. In a March 1944 article in the New York Times, it was reported that Ruth was the topic of a Japanese solider war cry where they screamed "To hell with Babe Ruth."

I doubt this was because Ruth personally wronged these soldiers and the Japanese military in general, but this is because Ruth was the perfect face of American people and the United States as its most famous athlete. Putting down one of the faces of the country was the perfect way to show your hatred of a place.

Even though Ruth wasn't from a rich family, he was speaking multiple languages from a young age. He was sent to St. Mary's Industrial School for Boys in Baltimore at seven years old, so that didn't hurt his education. Because of his grandparents originally coming from Europe, Ruth spoke German as a child.

He Didn't Just Play For Yankees 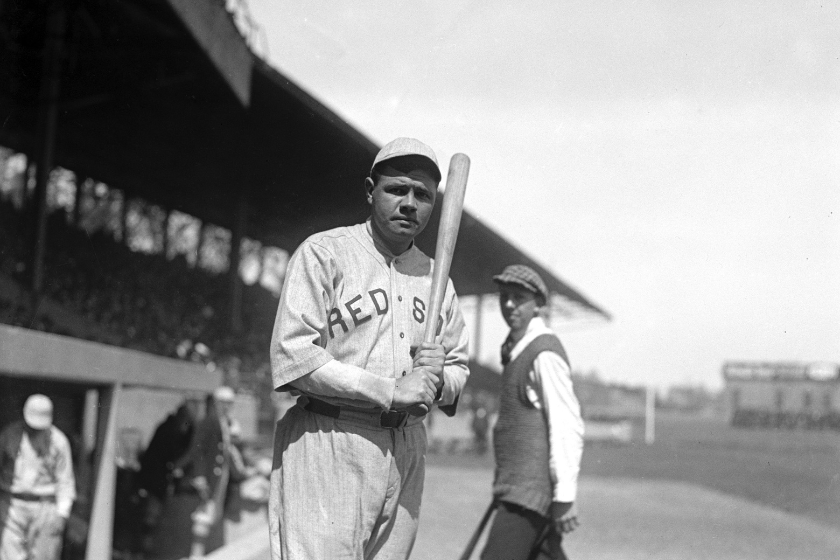 Library of Congress via Getty Images

RELATED: 21 Babe Ruth Nicknames That Made "The Great Bambino" an Icon

Even though Yankee Stadium is known as "The House That Ruth Built," the famous New York Yankee played for more teams than just the Bronx Bombers. Many know that he was sold by Boston Red Sox owner Harry Frazee for just $100,000 from the Yankees, fueling what was known as the "Curse of the Bambino", but it isn't common knowledge that he closed his career in Boston.

But he didn't retire as a Red Sox player, having played his last season as a member of the Boston Braves, hitting the final six home runs of his career in a Braves uniform. His entire career was spent on American League teams up until that final season.

He also didn't start his professional career with the Red Sox, either. He was a part of the minor league Baltimore Orioles organization since he was from Maryland before eventually being purchased from Orioles owner Jack Dunn by Boston in 1914. Up until this point, he was known as a pitcher, not a great slugging machine.

A Great Pitcher and Batter 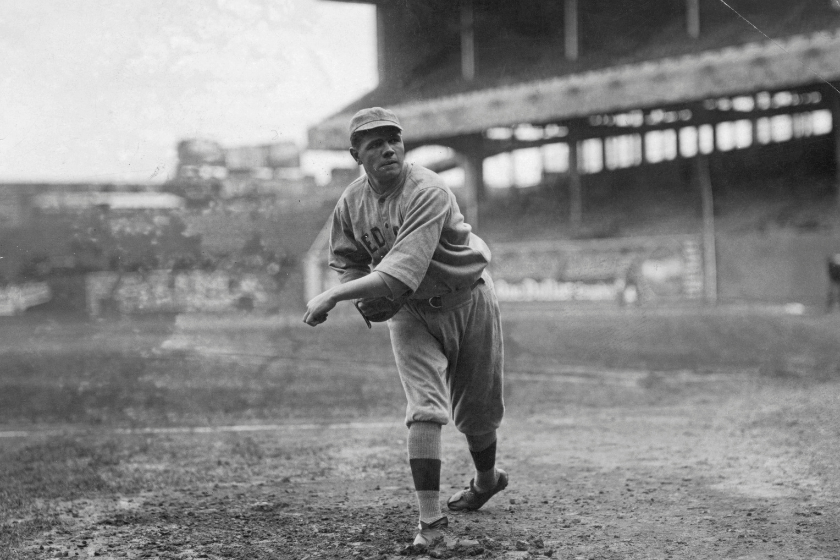 Even though Ruth was one of the best hitters in the history of baseball, it took six seasons and being dealt to another team before he became a full-time hitter instead of dealing from the mound.

Beginning in 1915, Ruth went on a run of at least 32 game appearances in three seasons with a career-high 40 starts in 1916. He pitched in at least 17 games for five consecutive seasons, ending when he joined the Yankees. He did have 432 at-bats in his final season with the team, so they obviously already realized he was a talented hitter.

But his time on the mound can't be explained as unsuccessful since he won three World Series titles in that time with Boston -- he won 10 league pennants throughout his career, seven coming in New York. His final appearance in the championship came during the 1932 World Series when Ruth was 37 years old, finishing five-of-15 with two home runs during the series.

His impact at the plate was immediate. In his first season in Yankee Stadium as an outfielder instead of pitcher, Ruth hit 54 home runs with a .376 batting average. He followed that up with a single-season home run record of 59 home runs and a career-high 168 RBI's during the 1921 season.

He Wasn't a Unanimous Hall of Famer 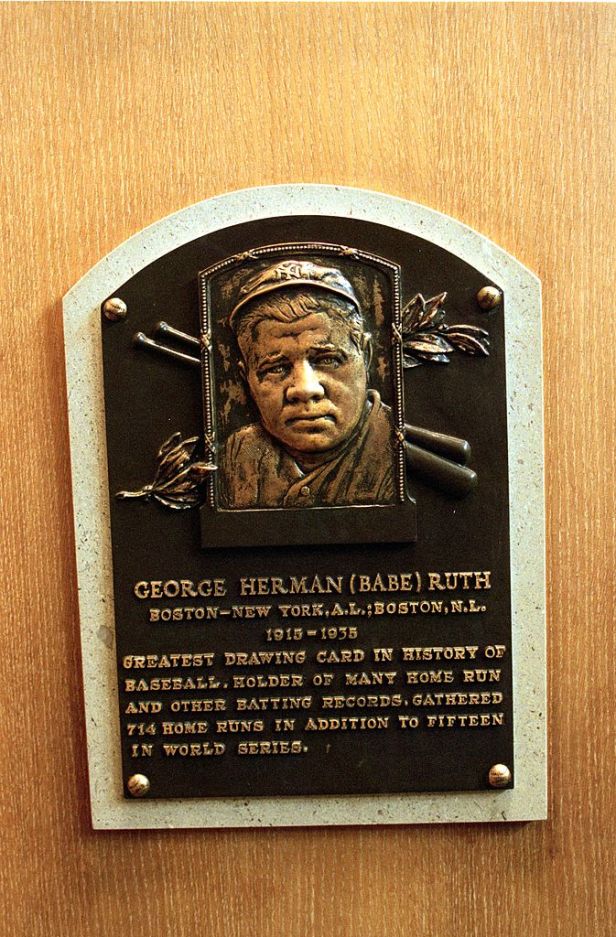 In 1936, the National Baseball Hall of Fame opened and chose their first class. "The Sultan of Swat" was an obvious choice since he just finished his Major League career and was easily the best player statistically at that point in the history of the game.

He broke the all-time home run record in just his eighth season and second season as a full-time hitter for the Yankees. Before Ruth, the record holder for home runs in a career was held by Roger Connor who hit 138 home runs in his 18-year career. By the end of the 1921 season, Ruth already passed his total with 162. His career record of 714 would stand as the record until Hank Aaron broke it in 1974.

The guy was literally a walking MLB legend, and multiple people didn't believe he should be in the Hall of Fame immediately. Of the 226 voters, 11 did not elect to put him on their ballots. In that 1936 class, only Ty Cobb received a high percentage at 98.2 percent.

A player who held most Major League records at the time not getting every person's acknowledgement as a Hall of Famer should be enough to revoke any sportswriter's right to vote. He still holds the records for slugging percentage, OPS, and OPS+.

Part of a Combined No-Hitter

This Day In 1917: Red Sox pitcher Ernie Shore throws a no-hitter after relieving Babe Ruth who punched the umpire (police came on the field) after starting the game with a walk (H/T @theaceofspaeder) pic.twitter.com/lJizMmrtmM

Ruth was a really talented pitcher, and he is even credited with being a part of a combined no-hitter with Ernie Shore. The problem is, Ruth didn't record a single out during the game in 1917.

After walking the first batter of the game, he got into an argument with the umpire that became so heated, he took a swing and punched the umpire in the neck. Shore would come on in relief and eventually get 27 consecutive batters out.

Baby Ruth Had Nothing to Do With Babe Ruth 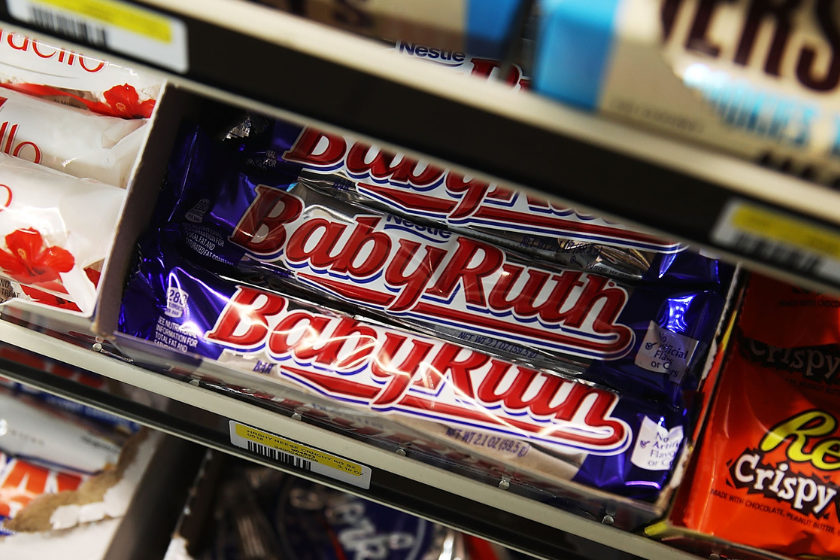 It would make perfect sense that a candy bar that was re-branded at the height of Ruth's rise to fame would be named after the baseball star. But the Baby Ruth candy bar apparently had nothing to do with the All-Star Yankee.

According to Curtiss Candy Co. during a lawsuit from George H. Ruth Candy Co., the candy was named to honor the daughter of former United State President Grover Cleveland, Ruth Cleveland, who had died long before the candy bar was given the name.

Ruth's Wife Died in a Fire 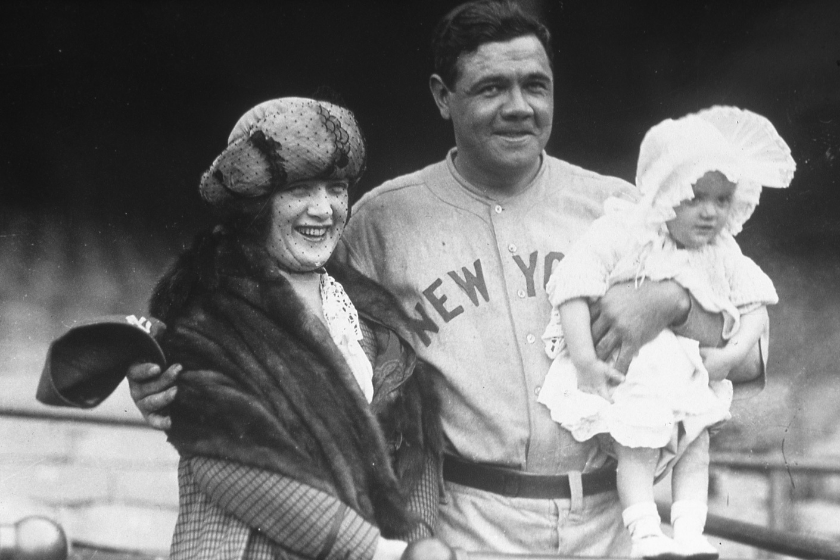 Ruth was married to his first wife Helen Woodford in 1914 and adopted a daughter, Dorothy in 1921. After being married for about 11 years, Ruth and separated due to his inability to stay faithful. In 1929, Woodford, living under a different name, was killed in a housefire.

Dorothy, his adopted daughter was apparently his biological daughter from a relationship with his mistress.