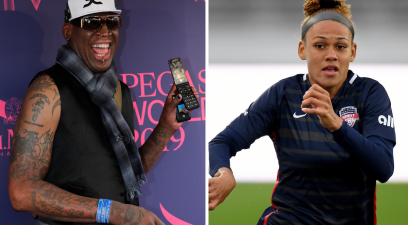 In less than two years, America will once again be voting for the President of the United States. There are several candidates from both parties, and even some independents, who are running to be part of the upcoming 2020 election.

But what would happen if an athlete ran for public office? It’s not like athletes haven’t run for office before, but wouldn’t it be interesting if a few current and former sports figures ran for office?

Here are the top six athletes and coaches who I feel make perfect political candidates:

Nick Saban may not be popular outside the state of Alabama, but he is very popular within the state. In the 2017 Senate race between Democrat Doug Jones and Republican Roy Moore, Saban gained 421 votes. Some even blamed Saban with helping Jones win by taking away votes from Moore, who many thought was a shoe-in to be the next Senator from Alabama. Moore eventually lost to Jones in a close race.

Why not Dabo Swinney? While Nick Saban is seen by many as a villain around the country, Swinney is seen by many as the good guy coach with the heart of gold. He just added to that legacy by giving away Super Bowl tickets to Clemson’s equipment manager. He is also a Christian, which he often speaks about and many fans like. If he ran for public office, he would be very popular.

A baseball hero, a father, Hall of Famer, and one of the nicest guys around. Who doesn’t like Cal Ripken Jr.? Although he has never said he had political aspirations, if he ever decided to run for office, he would definitely be hard to beat.

Mr. All-American Tom Brady would an excellent candidate for public office. He’s handsome, rich, a family man, and now a six-time Super Bowl champion. He is also a likable guy. One of reasons a lot of people voted for George W. Bush was because he came off as a personable guy who you can have a beer with you at a bar. Tom Brady seems like that type of guy, too. Plus, he was friends with Donald Trump, which probably wouldn’t hurt him either, at least not in this day and age.

She is one of the best athletes, if not the greatest of all time, in her sport. She is an advocate for women’s rights and fighting for higher pay for women in her sport. She is also an advocate for human rights and she is not shy to speak out against injustice in the world. She is not just a great tennis player, but also a mother and a wife. Serena Williams, more than almost anyone, knows what it is like to fight to be heard.

@KingJames has done more in one year of his adult life than you will do in your entire life, Tammy.

He’s an advocate for numerous charities.

He built a school.

In short, Lebron is a winner and role model.

You are simply a failed model.

The reason why King James is number one is because he puts his money where his mouth is. This man gives to several charities and even started his own school last year. He also isn’t afraid to speak his mind against injustice in the world. He may be hated at times on the court, but no one can deny his influence as one of the top athletes to ever play the game. If LeBron James ever decided to run for public office, he, more likely than anyone on this list, would probably win.