Nicknames are an integral part of sports. Most of the time, you can't have a memorable athlete without having at least SOME sort of nickname.

Since baseball dates back to the 1870s, it's not surprising there would be more MLB nicknames than any other major North American pro sport. But which are the best baseball nicknames ever? We respectfully submit the list below. 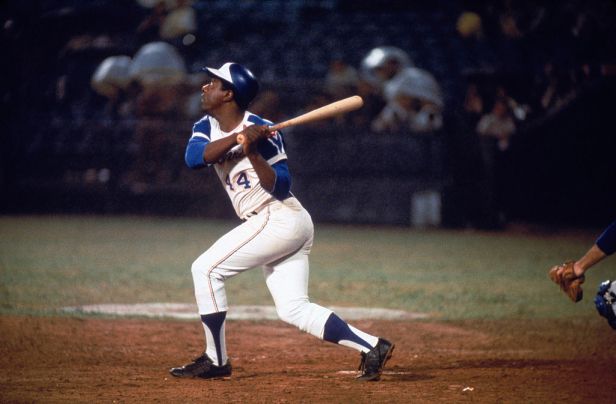 Sometimes you don't need a fancy moniker; you just need an accurate one. Hank Aaron's all-around brilliance at the plate for the Milwaukee/Atlanta Braves made him the most feared hitter in the game for virtually his entire career, earning him a record 21 All-Star appearances. "Hammerin Hank'" retired with more home runs than any hitter in baseball history, and if you ask a lot of people, he still should hold the record thanks to Barry Bonds'...extracurricular activities. 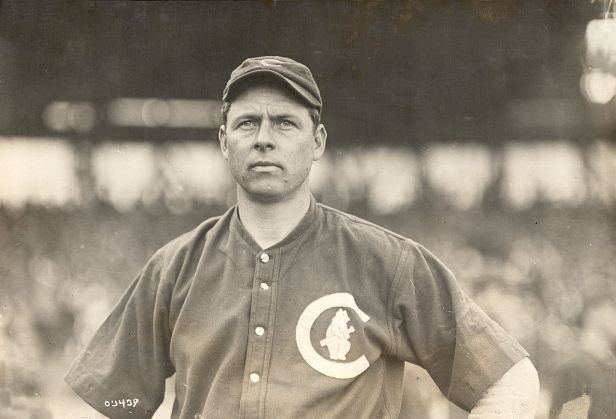 Some baseball players become so known by their nicknames that people forget their actual name, and Chicago Cubs hurler Mordecai Brown was one of the original test cases. Brown lost two fingers in a farm accident at age 12, but it became a blessing in disguise; he learned to grip a baseball in such a weird way that it gave him a devastating curve. 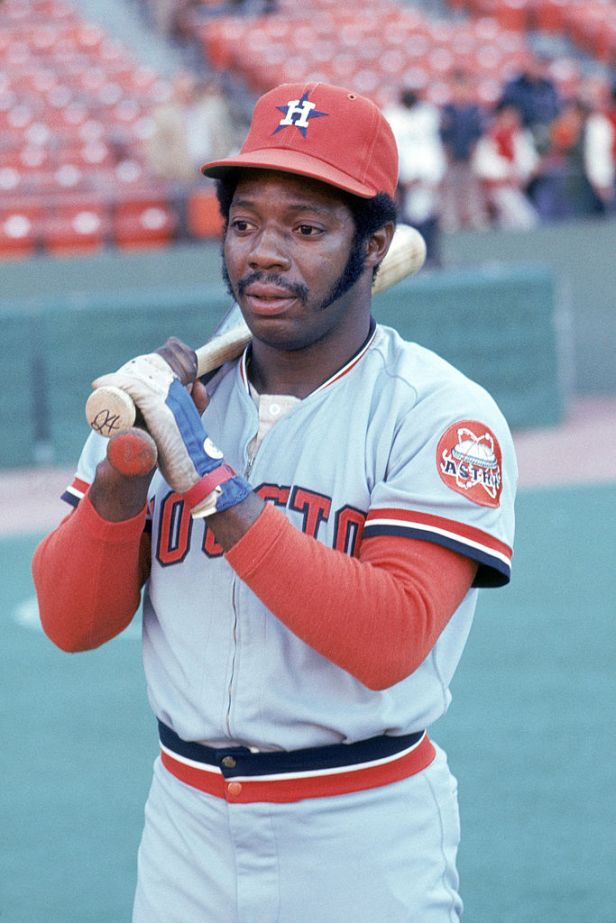 Houston Astros outfielder Jimmy Wynn wasn't a big dude for a baseball player, standing at 5-foot-10 and weighing in at 160 pounds. Despite that, he had a surprising amount of power, hitting 291 home runs during his career. Look, sometimes a nickname writes itself and you don't need to overcomplicate it. 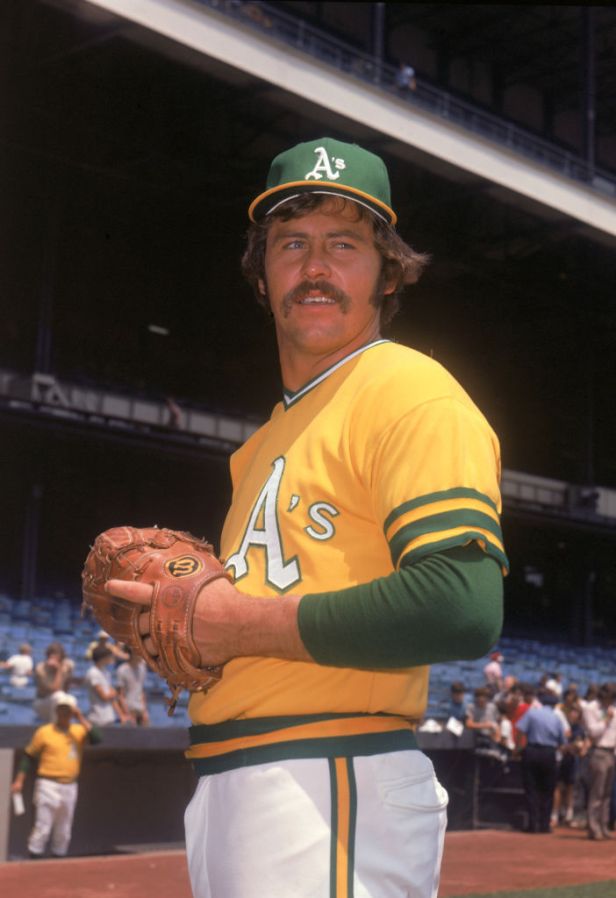 Jim Hunter's nickname is probably the only one on the list that wasn't given to him by another player, the media or even himself. Oakland Athletics owner Charles O. Finley, ever one for public relations, decided the young pitcher needed a flashy nickname, and it stuck. This one is extra funny because Hunter himself apparently hated it. 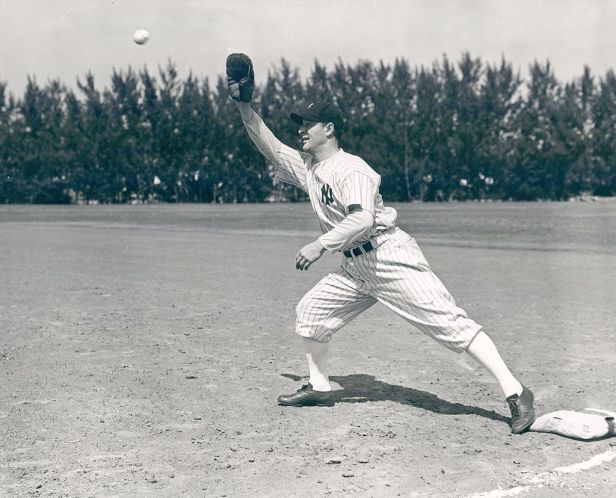 Baseball's original iron man, New York Yankees first baseman Lou Gehrig played in more consecutive games and innings than anyone up to that time, earning the nickname "The Iron Horse." But did you know he had another, much better nickname? His teammates called him "Biscuit Pants" because of his...well, big old posterior. Yup. 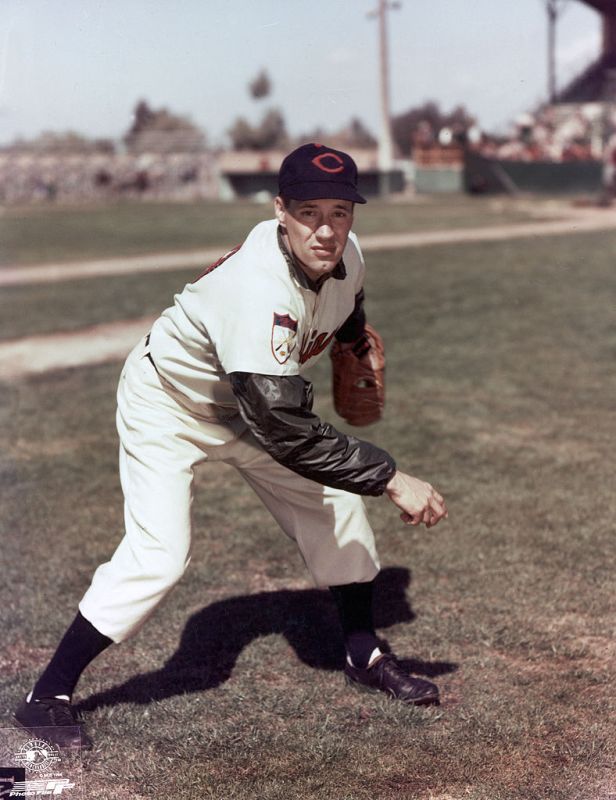 Bob Feller's better-known nickname, "The Heater From Van Meter," comes from his home town of Van Meter, Iowa, but he had another moniker, too. Feller was one of the hardest throwers in league history, so of course they called him "Rapid Robert." Sure. Wait, why is everyone laughing? What's so funny about -- oh. 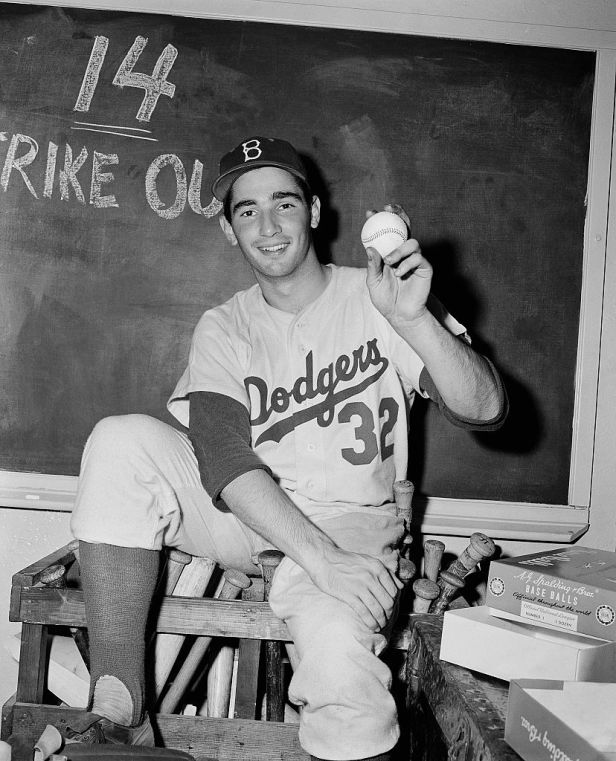 There's a strong argument to be made that Los Angeles Dodgers hurler Sandy Koufax is the greatest pitcher in baseball history. One of the guys who came west when the team moved from Brooklyn, Koufax's unparalleled run from 1961-66 earned him his lofty sobriquet: "The Left Arm of God." 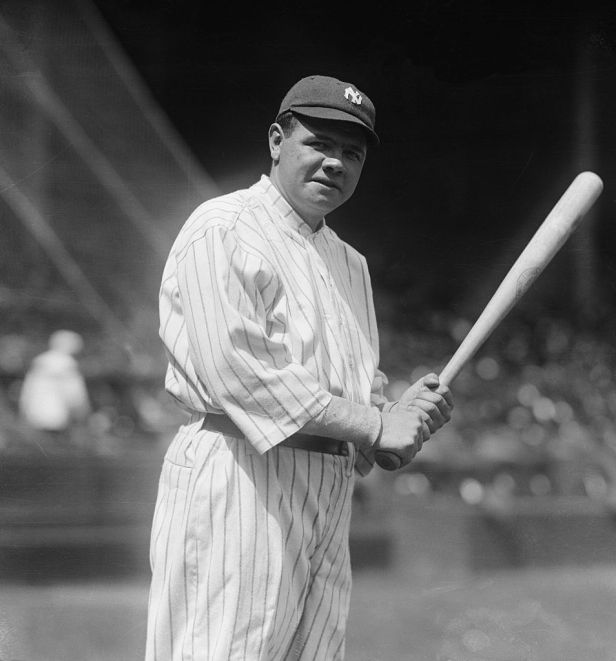 In the history of major league baseball, no one has ever put up numbers like Babe Ruth. When the New York Yankees moved the two-way player into the outfield full-time in 1920 after acquiring him from the Boston Red Sox, it began a staggering run that resulted in seven World Series titles and most MLB hitting records. Like a lot of guys from that era, Ruth had a whole bunch of nicknames: "Babe," of course, but also "The Sultan of Swat," "The Colossus of Clout" and "The Great Bambino." The Hall of Fame -- and Yankee Stadium -- were more or less built for Babe Ruth. 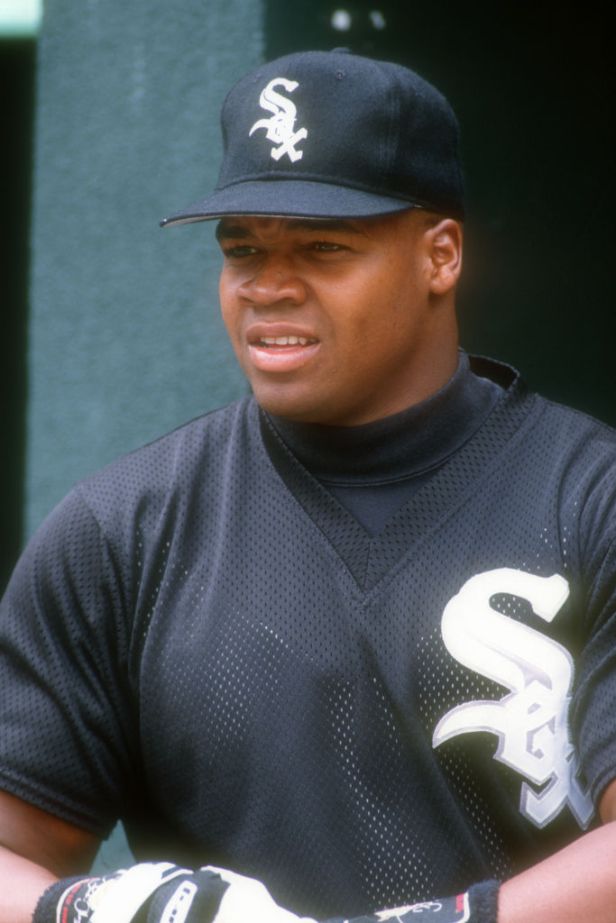 Chicago White Sox slugger Frank Thomas's nickname was nothing if not accurate. An enormous man with enough raw power to seemingly hit baseballs into orbit, Thomas won two MVPs and made five All-Star teams en route to the Hall of Fame. Maybe his nickname wasn't as good as the other "The Big ______," (we'll get there), but it was still pretty great. 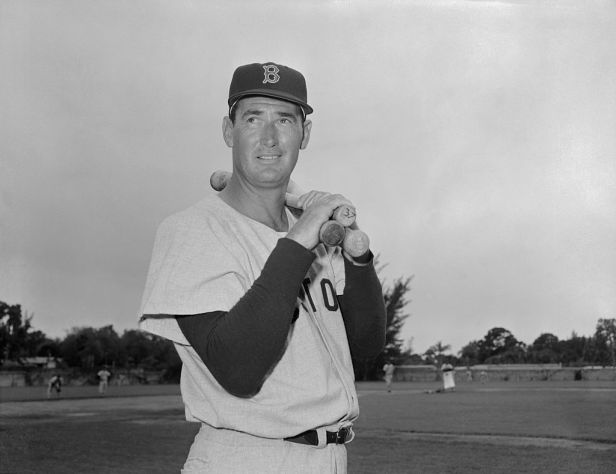 Unquestionably the best player to never win a World Series, Boston Red Sox left fielder Ted Williams might be the greatest hitter who ever lived. Williams was a scientist when it came to hitting, experimenting with lighter bats after discovering that speed mattered more than weight. Of his three nicknames, the best and most creative has to be "The Splendid Splinter." 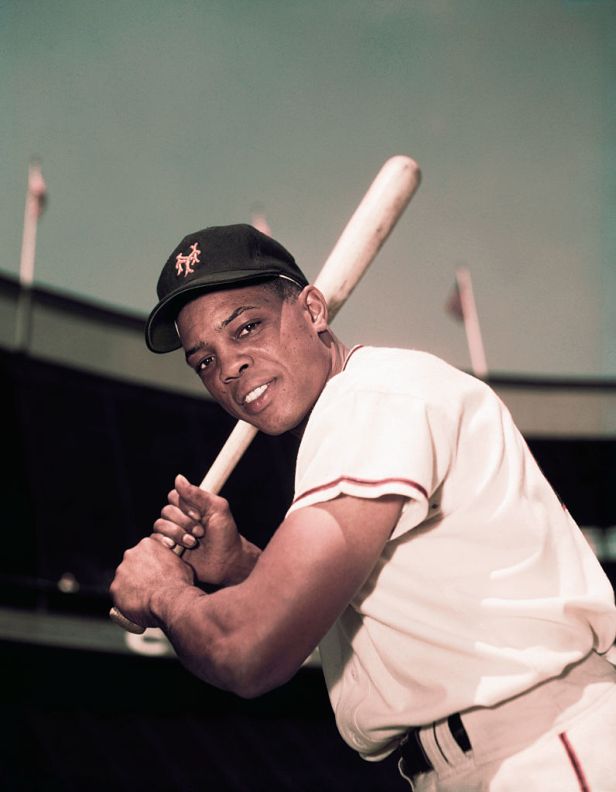 It's not so much that there's a strong argument New York Giants center fielder Willie Mays is the greatest all-around Major League Baseball player ever so much as there's not really a counter-argument. If it could be done on a baseball field, "The Say Hey Kid" did it spectacularly, which is why he has the second most All-Star appearances ever after Hank Aaron. Fun fact about this nickname: no one, not even Mays himself, appears to even know where it came from. 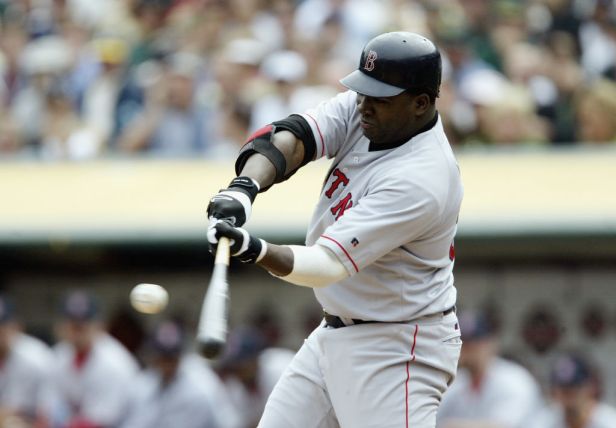 There's no more iconic modern nickname than this one. Boston Red Sox designated hitter David Ortiz wound up with a nickname that was both spot on (he was a large fella) and hilarious ("papi" in Spanish has some, uh...sexual connotations). Ortiz was particularly noted for his clutch playoff performances, helping the Sox win three World Series titles. 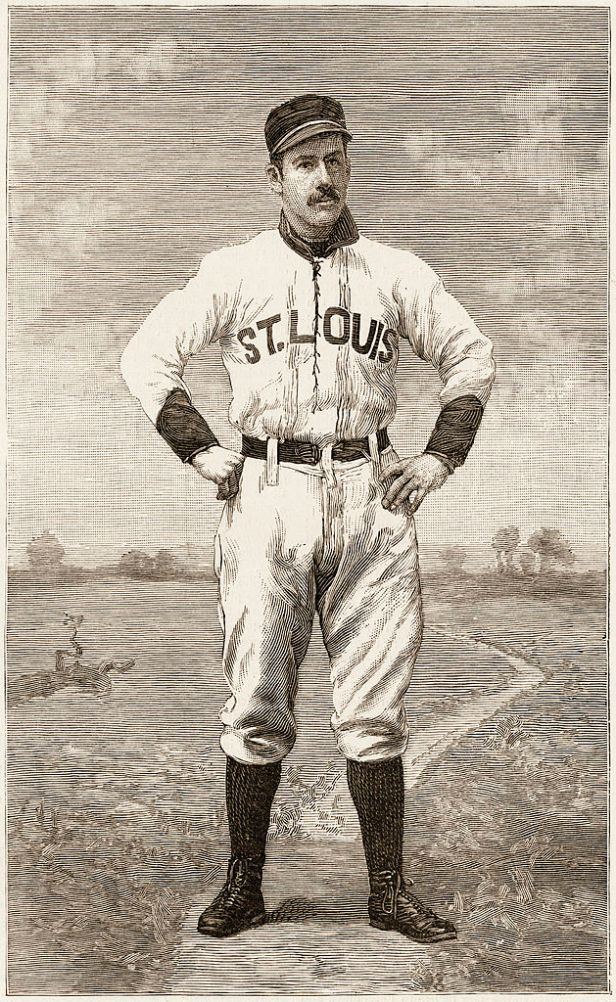 You have to love a nickname equally likely to belong to a 19th century baseball player or a 1980s rapper. Arlie Latham earned his nickname because...well, he was both capable of and willing to insult everyone around him. Latham isn't in the Hall of Fame, but maybe his moniker should be. 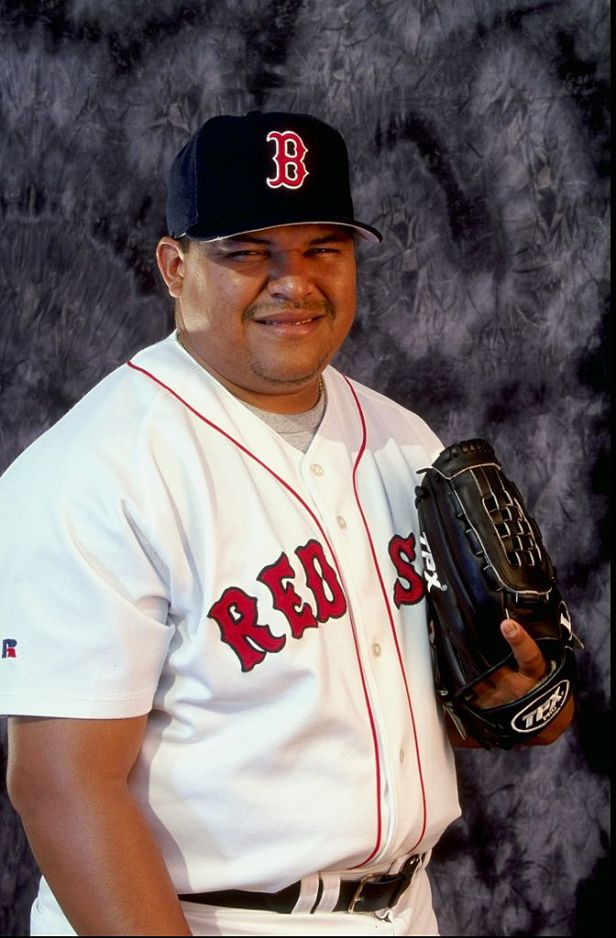 If you're going to give yourself your own nickname, you'd better be on the mark. Rich Garces, a reliever for the Boston Red Sox, managed to nail it in the funniest way possible. Garces was, to put it gently, not a small man, but he gave himself a nickname that means something like "The Handsome One," and you really have to admire that confidence. 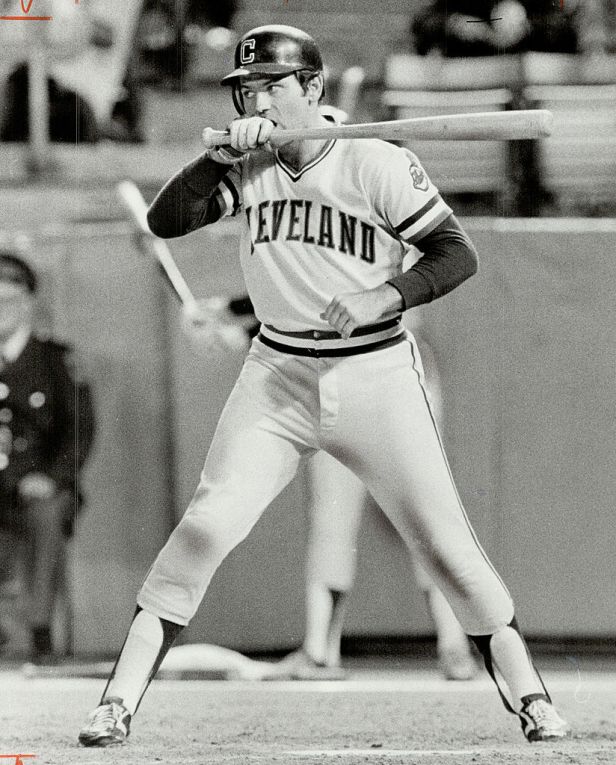 First baseman Mike Hargrove has one of the most unique nicknames in MLB history. Hargrove's obsessive routine at the plate before each pitch -- adjusting his helmet, adjusting his batting glove, pulling up his sleeves by an inch, wiping each hand on his pants and then sometimes going through the whole process twice -- used to drive pitchers crazy. Add to that his tendency to foul off everything within a foot of the plate and you had a guy who really was "The Human Rain Delay."

5. Ozzie Smith: The Wizard of Oz 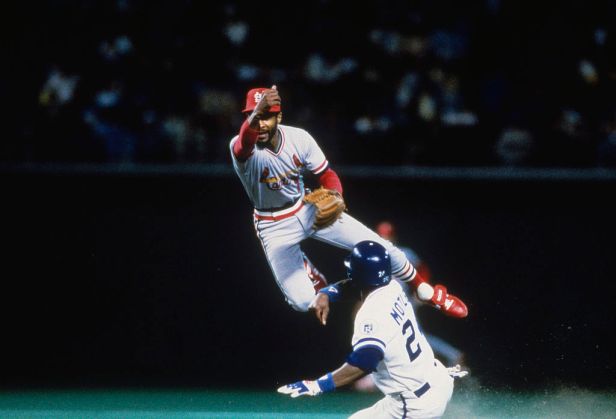 Saying St. Louis Cardinals shortstop Ozzie Smith was an average hitter is being deeply kind -- yet he still breezed into the Hall of Fame. The reason is because there has never been a fielder quite like "The Wizard of Oz." Smith made the spectacular seem routine and the impossible seem ordinary, and there's really no debate about the greatest defensive player in baseball history. 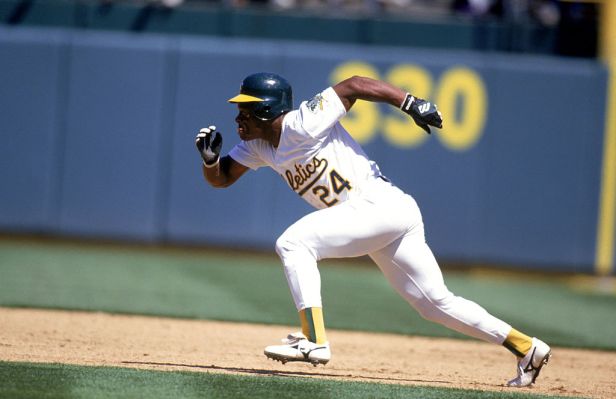 RELATED: Rickey Henderson is Baseball's "Man of Steal," But Where is He Now?

Few baseball players have ever thought more highly of themselves than Rickey Henderson, and few have earned it more. The greatest base-stealer in MLB history by a wide, wide margin, Henderson played for what felt like every team in the league, but most notably the Oakland Athletics and New York Yankees. At every stop, he earned his super sobriquet: "Man of Steal." 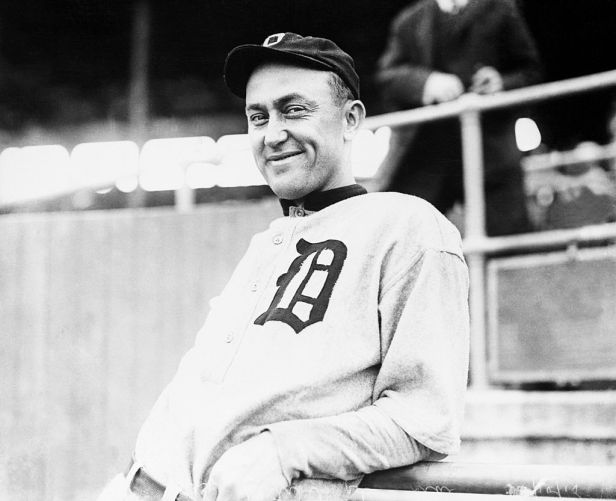 There's no more sarcastic nickname in baseball history than Ty Cobb's. The Detroit Tigers center fielder was a legendary hitter with the highest career batting average of any player ever. He was also legendarily cantankerous, cruel and abusive to opponents, fans and even his own teammates. Since Cobb was from Georgia, this moniker pretty much wrote itself. 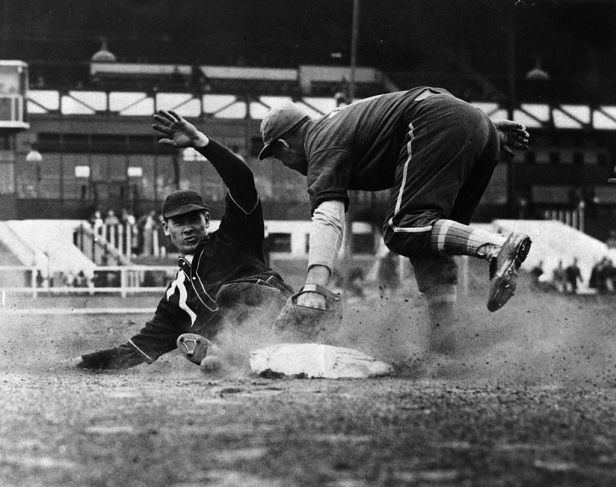 When your name is Johnny Dickshot, you're already beginning about 20 yards behind the starting line in life. That someone nicknamed him "Ugly" just feels unnecessarily cruel...until you realize the guy gave himself his own nickname. That's right: Johnny Dickshot took one look at the name he'd been born with and just decided to lean into it hard. 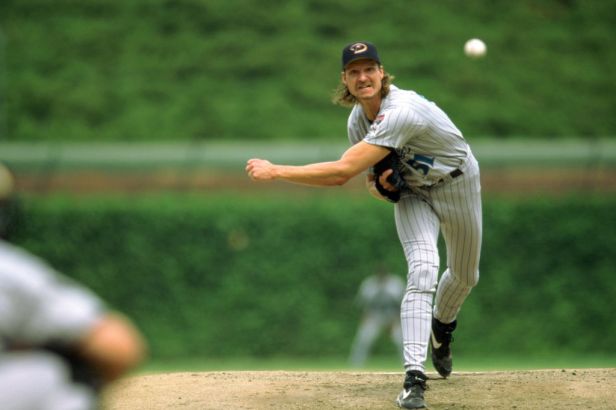 It's not just that Randy "The Big Unit" Johnson has the greatest name/nickname combo in baseball history. It's that he has the greatest name/nickname combo of any athlete ever. Allegedly, there's nothing bawdy about it; a teammate simply looked at the 6-foot-10 behemoth of a pitcher and said, "You're a big unit!" Pair that with "Randy Johnson" and you have a sports name that will never, ever be topped.