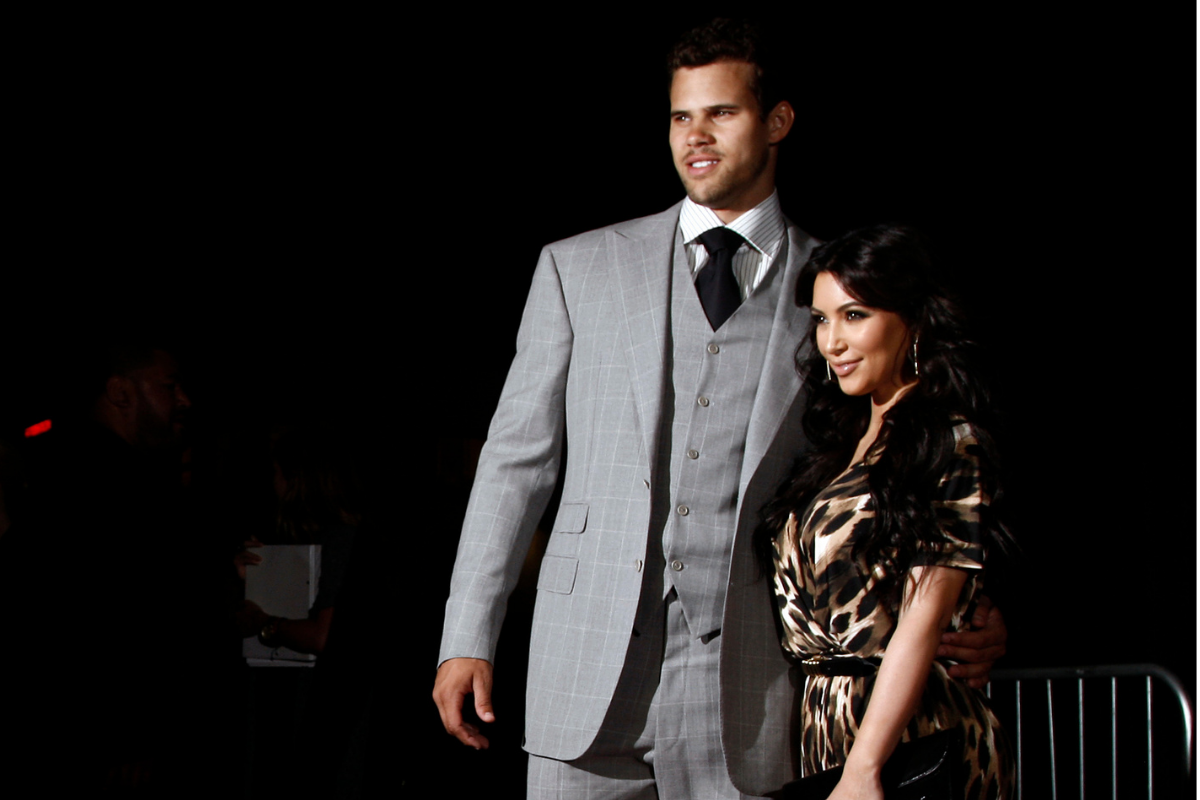 Former basketball player Kris Humphries is one of the NBA’s most thoroughly beaten dead horses.

But it wasn’t always so. Back when Humphries was a Minnesota mare, he was far from a joke. From a young age, Humphries was a racehorse. His fame and rank rose simultaneously, reaching a peak in 2011. His New Jersey Nets sucked that year, but Humphries’ stock exploded due to his marriage to Kim Kardashian.

Before the year ended, Humphries and his marriage would be infamous (and, likewise, over).

Kim Kardashian is everywhere and everyone knows her story. But what about Kris Humphries? How did this no-name NBA workhorse land one of the most controversial celebrities of the century? Of course, no marriage to a Kardashian is meant to last, but how did “Kris and Kim” end so spectacularly? Furthermore, Humphries was one of the first NBA stars to date a Kardashian.

So why do stars like Ben Simmons and Devin Booker not recognize Humphries as a trendsetter? The answer lies in Humphries’ less-than-spectacular NBA career, cursed long before he met Kim Kardashian.

Who is Kris Humphries?

Kobe rises up over Gerald Wallace and Kris Humphries😤😤pic.twitter.com/O4FHp5SLCt

Kris Humphries is a retired NBA player who spent a lucky thirteen seasons in the League. Unfortunately, he’s known for unimpressive stats, like less than one assist per game, less than 50% shooting percentage and a less than three-month marriage.

Kristopher Nathan Humphries hails from Hopkins, Minnesota. Young Humphries was a shark-like swimmer but burnt out on swim meets by middle school. So he picked up pick-up basketball, idolizing Michael Jordan. He dominated power forward in high school and graduated to college ball at the University of Minnesota. The 6-foot-9 Humphries played one year in Minnesota before declaring for the National Basketball Association.

The Utah Jazz took a chance on the inexperienced Gopher, selecting him with the fourteenth overall pick in the first round of the 2004 NBA Draft.

Humphries became an NBA journeyman soon after. During his thirteen seasons, he spent four with the Nets (New Jersey Nets and Brooklyn Nets), three with the Toronto Raptors, two with Utah, two with the Washington Wizards, two with the Atlanta Hawks and one each with the Boston Celtics, Dallas Mavericks, and Phoenix Suns.

Humphries retired in Atlanta after the 2016-2017 NBA season. By then, his name was a punchline, having little do with basketball.

While playing for the New Jersey Nets in 2010, Humphries’s teammate Jordan Farmar introduced Kris to Kim Kardashian. K&K dated for six months, Humphries bought an engagement ring and they wed within a year of meeting. E!‘s Keeping Up With the Kardashians documented the doomed nuptials in a two-part TV special, Kim’s Fairytale Wedding: A Kardashian Event.

(Side note of little significance: how rare is it for a woman to marry a man with the same name as her mother?)

Many questions arose after reality star Kim K. filed for divorce in Los Angeles 72 days after their televised wedding. The gossip girl later said on Watch What Happens Live with Andy Cohen that she knew the marriage wouldn’t last while they were on their honeymoon. However, others have accused her of knowing way before that.

To anybody with eyeballs, the whole thing appeared a sham. Many called it a publicity stunt, a fraudulent marriage or a cry for attention. Whatever you call it, it worked. Keeping Up with the Kardashians spin-off tv show Kourtney and Kim Take New York saw a sharp rating spike. As the reality TV star’s now ex-husband, Humphries has formally accused Kim of fraud in court. He’s had far more luck in civil court than he ever had on the NBA court.

Their courtship, marriage and divorce occurred in 2011 when Humphries was still with the New Jersey Nets. His career was going poorly before becoming a tabloid whipping boy. Nevertheless, Humphries insists his love for Kim was as authentic as his love for basketball. He penned a letter for The Players’ Tribune in 2019 explaining his position in the fiasco.

Humphries is single today. Kim is, too, but only just recently.

After Kris, Kim quickly moved on to Kanye. Kanye West and Kim Kardashian formed Kimye, producing four children in the merger: North, Saint, Chicago and Psalm. Kim may not want to explain her previous marriage with Kris to her daughter North, but she ought to at least explain why she let Ye name the children. Kardashian filed for divorce from the rapper in 2021.

When it’s all said and done, Humphries begins to look like a starry-eyed kid, eaten up and spit out by one of Hollywood’s most notorious machines. KUWTK is a fame monster to be feared, not married into.

On the bright side, the marriage did inspire a solidly funky disco album. Even the most explosive dumpster fires have a silver lining.