The Black Mamba struck a final time on April 13, 2016. With five NBA Championships, two Finals MVPs, one regular-season MVP, and 18 All-Star appearances under his belt, there's no way the 37-year-old Los Angeles Lakers legend Kobe Bryant would leave the game he dedicated his whole life to quietly. not after the incredible NBA Career he had. What transpired next, for Kobe Bryant's last game, one of the greatest NBA stars to ever step on the hardwood played a 60-song set of his greatest hits on ESPN.

We gawked at the legend as the concert wound down, knowing this was the final time he would grace the stage. He left with a kiss to Lakers fans. All that remained was a microphone at center court and the memory of a Lakers game that would never be replicated again. His final words echoing throughout the Staples Center. 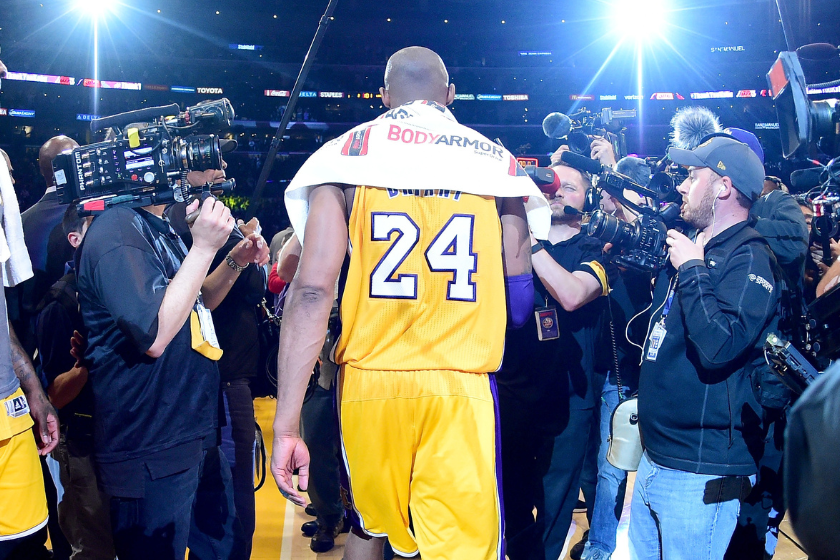 Kobe's final seasons in California weren't what he was accustomed to. They were injury ridden--with Kobe himself suffering a torn achilles in 2013--and the Lakers were far from championship contention. Gordon Hayward and the Utah Jazz arrived at the Staples Center to wrap the 2015-16 season. Neither team was playoff-bound.

Kobe was never going to settle for anything less than a victory to end his 20-year career. Like his friend and mentor Michael Jordan instilled in him, he was going to do whatever it took to win.

So, Kobe did what Kobe does. He fired away 50 times. He scored 15 in the first quarter and totaled 22 in the first half. After halftime, the Lower Merion product poured in 15 in the third quarter. Entering the last quarter of the final game of his career, the Lakers were down 75-66.

The fourth quarter was Mamba time. Kobe bit down and gritted his way to 21 points, accumulating 38 in the second half. LA overcame the Jazz lead, and Kobe got fouled with 14.8 seconds left. He needed two free throws to reach 60. He sank them both. Bryant left the court smiling cheek-to-cheek, winking to his wife Vanessa and his two oldest daughters Natalia and Gianna with a 101-96 victory in his last game.

The sendoff is as notable as any in sports. Kobe was on his last leg but willed through like the young bull we all knew. It feels weird saying that in the past tense. 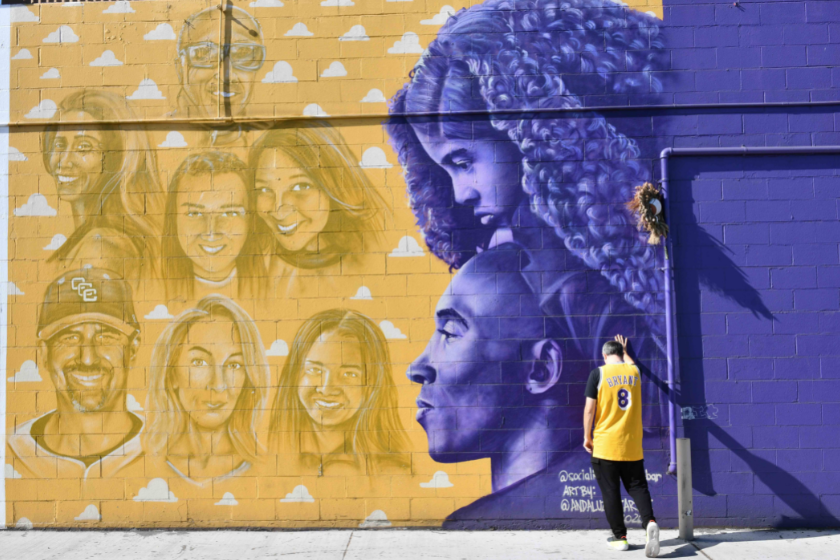 Kobe and his 13-year-old daughter Gianna's death in a Calabasas helicopter crash last January was the first curveball 2020 threw at us. The coronavirus pandemic the second, with the first pitch still approaching home plate. Three years later, we're still reeling from the loss.

The tragic deaths were shocking and urged basketball fans to revisit Kobe's career. His entrance into the league as an 18-year old dunk contest champion, his championships with Shaquille O'Neal, his 81-point performance, his fourth and fifth rings with Pau Gasol and company.

The ups and downs of his career were fueled by unrelenting perseverance and competitiveness. He took inspiration from MJ and Magic Johnson and inspired younger players like LeBron James, Kevin Durant, Jayson Tatum, Kyrie Irving, and former teammate Julius Randle.

Jordan Clarkson, who came into the league under Kobe's wing with the Lakers, expressed his gratefulness to the legend and all that he gave his teammates. It didn't matter if your skillset leaned towards assists, securing rebounds, or hitting deep-range jumpers, Kobe was going to head coach you every step of the way.

"[Kobe] He showed us how to make the game easier," Clarkson said after Bryant's passing. "One big thing he was hitting on was getting an assist to get another assist. It was stuff like that. Showing you how to set up guys, play in the pick and roll. It was everything. He was coaching and basically broke everything down for us."

Kobe's final NBA game was the last time we saw him on the court. The little basketball player in "Dear Basketball" had finished his journey.

And boy, did it make you smile, cheer, and tear up.

Not even Oscar-winner Kobe Bryant could write a better ending.