Gregg Popovich’s Net Worth: How “Pop” Coached His Way to a Huge Fortune 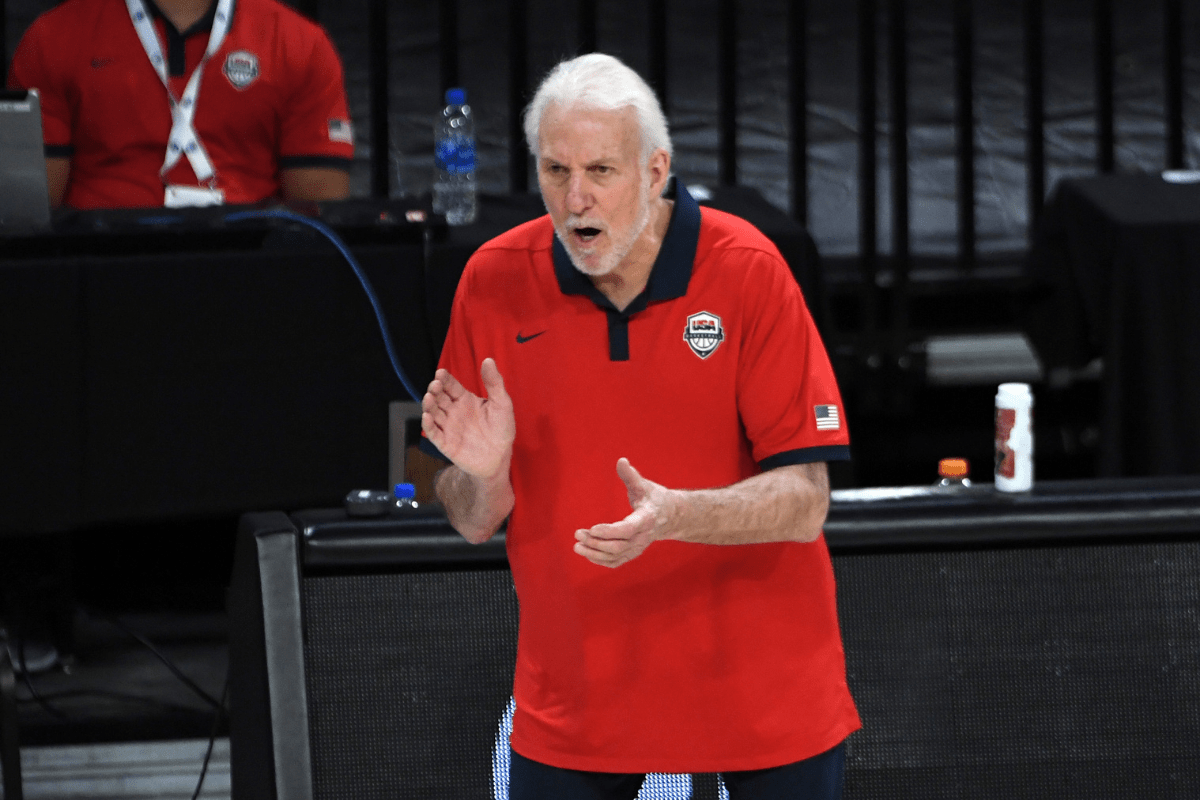 Finding a great leader of an NBA team is harder than it seems. Some teams are consistently looking for a changing of the guard in hopes of more success (looking at you, New York Knicks). Others are perennial contenders.

For over the past two decades, the San Antonio Spurs have been as successful as anyone in professional sports under the tutelage of head coach Gregg Popovich. He’s certainly been paid for it, too.

Gregg Charles Popovich was born on January 28, 1949 in East Chicago, Indiana. His father is Serbian and his mother is Croatian. Pop graduated from Merrillville High School and chose to attend the United States Air Force Academy. He was a basketball player for the school’s team and graduated with a bachelor’s degree in Soviet Studies in 1970.

In the five years of required active duty in the Air Force, Pop toured Eastern Europe and the Soviet Union with the U.S. Armed Forces basketball team. He was selected as the team’s captain in 1972, and earned an invitation to the ’72 U.S. Olympic team trials but didn’t make the final roster. He briefly considered a career with the CIA.

Gregg Popovich returned to the U.S. Air Force Academy in 1973 as an assistant coach under Hank Egan. During his six years on the coaching staff, he went on to earn a master’s degree in physical education and sports sciences at the University of Denver.

In 1979, coach Pop was named the head man of the Pomona-Pitzer College men’s basketball team. He coached there from 1979-88, however, he took the 1985-86 season off to work as a volunteer assistant at the University of Kansas under close friend Larry Brown.

RELATED: Tim Duncan?s Net Worth: ?The Big Fundamental? Has Hall of Fame Money

Brown was named head coach of the San Antonio Spurs after winning a national championship with the Jayhawks in 1988. Popovich joined his staff as the lead assistant coach. He remained on the bench until 1992 when the entire staff, including R.C. Buford, Alvin Gentry, and Ed Manning, were fired by owner Red McCombs.

The young coach took an assistant job on Don Nelson’s Golden State Warriors crew. He returned to San Antonio as the general manager and Vice President of Basketball Operations in 1994.

Pop got things rolling with the signing of point guard Avery Johnson and the trade of Dennis Rodman to the Chicago Bulls. At the beginning of the 1996-97 campaign, with a 3-15 start, Popovich fired head coach Bob Hill and assumed coaching duties. The Spurs had a painful season, going 20-62, but that led them to select Tim Duncan with the first overall pick in the 1997 NBA Draft.

It’s gone pretty well since. The American basketball coach relinquished his front office role to R.C. Buford in 2002 to focus on coaching full time. Here are his most notable career accomplishments:

The 2020 NBA Playoffs mark the first postseason the Spurs have missed since Pop has been the head coach for an entire year.

The three-time NBA Coach of the Year award winner was named head coach of the U.S. men’s national team in October 2015. He officially took over the role from Mike Krzyzewski following the 2016 Olympic Games in Brazil. He coached Team USA to a seventh-place finish at the 2019 FIBA Basketball World Cup.

The professional basketball coach strongly supports social justice and equality for all. He has dedicated time and money working with local San Antonio nonprofits such as the San Antonio Food Bank and the Innocence Project. Additionally, he helped deliver shoes to more than 200 Gates Elementary School students affected by Hurricanes Irma and Maria through Shoes That Fit. He has helped raise funds for J/P HRO, a disaster relief program that operates in Haiti in addition to many other relief organizations.

Popovich’s wife, Erin Popovich, passed away on April 18, 2018. They were married for over four decades and shared two children: a son named Micky and daughter named Jill.

According to Celebrity Net Worth, Gregg Popovich’s net worth is $40 million. Popovich’s annual salary is reportedly $11 million per year, making him the highest-paid coach in the NBA.

Pop will go down as one of the greatest coaches in NBA history, up there with the likes of Phil Jackson, when it’s all said and done. Combined, they have 16 NBA championships.

MORE: Becky Hammon Deserves to Be an NBA Head Coach