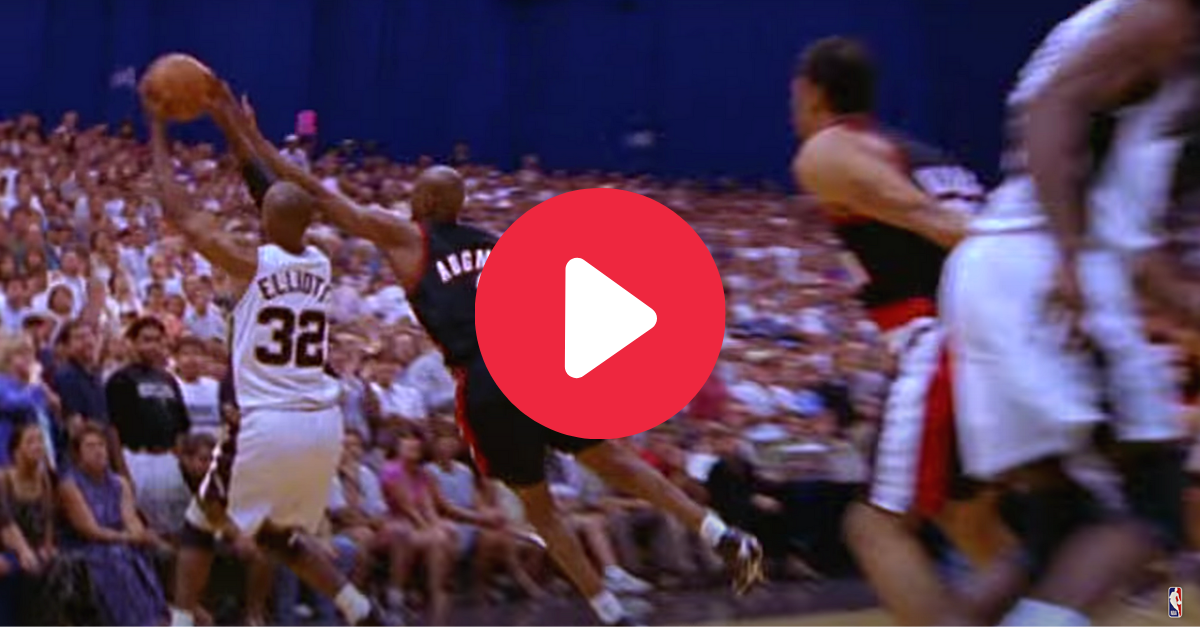 The bad man was gone. Chicago Bulls legend Michael Jordan announced his second of three retirements on January 13, 1999, in the midst of a league-wide lockout. When basketball resumed a short while later, a 50-game regular season began with a new NBA dynasty lurking in the shadows, ready to take its rightful place.

Gregg Popovich, then general manager and VP of Basketball Operations, had fired San Antonio Spurs head coach Bob Hill after an ugly start to the 1996-97 season. (Pop going full “F*** it, I’ll do it myself” is an all-time power move.) An injury-riddled year positioned San Antonio to draft Wake Forest’s Tim Duncan with first-overall pick in the 1997 NBA Draft. Paired alongside 7-foot-1 All-Star David Robinson, the “Twin Towers” lineup was born, and the championship foundation was set.

Flash forward to 1999: The Spurs secured the West’s No. 1 seed by winning 37 of 50 games. San Antonio downed Kevin Garnett’s Minnesota Timberwolves in the opening round of the NBA Playoffs and swept a Los Angeles Lakers team led by Kobe Bryant and Shaquille O’Neal to arrive in the Western Conference Finals.

Awaiting the Spurs was NBA Coach of the Year Mike Dunleavy and the Portland Trail Blazers.

Game 1 saw San Antonio grab a 1-0 series lead thanks to a pair of 21-point double-doubles from Duncan and Robinson. Game 2 didn’t go as smoothly for Popovich’s squad.

After trailing by 18 points in the third quarter, San Antonio roared back and were within two of tying the Blazers with 12 seconds remaining. An inbounds pass from Mario Elie found two-time NBA All-Star Sean Elliott along the sideline. Stacey Augmon gave chase and nearly stole the ball, which forced Elliott to tightrope the boundary and keep the play alive.

With one dribble, and Rasheed Wallace closing fast, 1989’s AP College Player of the Year rose up and splashed his sixth 3-point shot of the game over Wallace, giving San Antonio its first lead of the game. The Alamodome erupted.

Fittingly, it was Elliott who denied Damon Stoudamire’s last-second drive to the basket on the game’s final possession.

The Spurs won 86-85. Elliott finished with 22 points, and his game-winning shot is forever remembered as the “Memorial Day Miracle.”

One could argue Sean Elliott’s heave was the first in a long, long line of clutch moments during San Antonio’s dynasty.

What Happened to Sean Elliott?

It’s always cool meeting your heroes, especially when they are a @spurs legend. #GoSpursGo pic.twitter.com/Kz2F9Uub1s

RELATED: The Legend of Robert Horry and “Big Shot Bob” Began in Alabama

Elliott’s Game 2 heroics are remembered forever, but what happened next should never be forgotten.

It was revealed the following year that the No. 3 overall pick of the 1989 NBA Draft had been playing with a kidney disease called focal glomerulosclerosis; His condition was worsening until he announced in July 1999 that he needed a kidney donation to save his life. That gift came from his brother Noel, and his road to recovery began.

In March 2000, Elliott returned to an NBA floor. He played in 71 games over the next two seasons before retiring from basketball.

Elliott’s No. 32 jersey was later retired by the Arizona Wildcats, with whom he was a two-time All-American. San Antonio honored Elliott the same way in 2005, making him fourth player in Spurs history (at that point) to see his jersey hanging in the AT&T Center rafters.

Today, Elliott is a TV analyst covering the Spurs for Fox Sports Southwest. His San Antonio pride remains as strong as ever, and his tip-toe acrobatics are still as vivid as ever among Spurs fans.

1st road trip of the season. This is how I roll! #Spurs pic.twitter.com/DmLLiJVRUz