The Legend of “Big Shot Bob” Started in Alabama 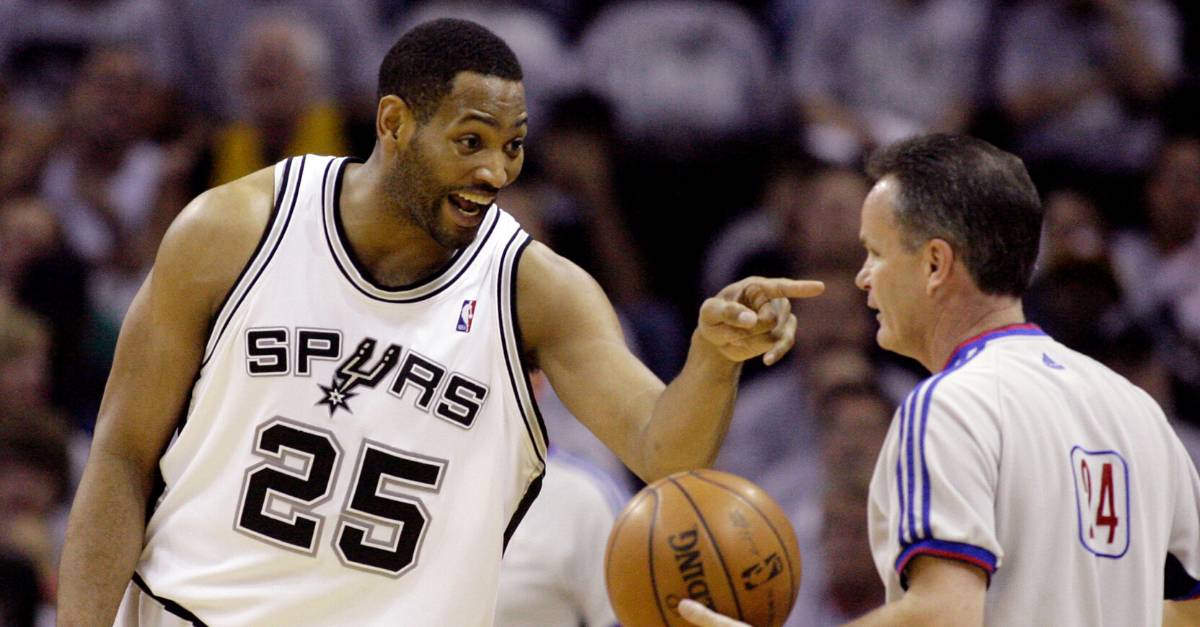 In crunch time, there’s the one guy on your team you want taking the last shot. NBA legends Hakeem Olajuwon, Kobe Bryant, Shaquille O’Neal, and Tim Duncan would naturally be the first options on most occasions.

Those great players have all deferred to Robert Horry at some point, who earned the nickname Big Shot Bob by cashing shots in the most crucial moments.

Robert Horry grew up in Andalusia, Alabama and won the Alabama High School Player of the Year Award as a senior at Andalusia High. He played power forward for the University of Alabama from 1988-92 where he was teammates with Latrell Sprewell and led the Crimson Tide to three SEC Tournament titles and two Sweet 16 appearances. In the 1992 NBA Draft, Horry was selected 11th overall by the Houston Rockets.

The Alabama product took no time rising up in big moments. As a rookie in game seven of the 1993 Western Conference Semifinals against the Seattle SuperSonics, Horry hit a midrange jumper to give the rockets a two-point lead with 32.7 seconds left. The jumper was moot as the Rockets lost to the Sonics in overtime, but it was a worthy debut of Big Shot Bob.

Two years later, the young NBA player came through in two vital playoff victories. As the clock wound down in game one of the 1995 Western Conference Finals, Horry knocked down a jumper with 6.5 seconds left to lift the Rockets over the San Antonio Spurs. The Rockets won the series in six games and advanced to their second straight NBA Finals after defeating Patrick Ewing and the New York Knicks in 1994.

The Rockets jumped to a 2-0 lead against the Orlando Magic. In Game 3, the Magic took it up a notch and pushed the Rockets to the brink. Up 101-100 with 20 seconds left and a dwindling shot clock, Horry hit a three to help secure the win. The Rockets swept the Magic and repeated as NBA champions.

Horry played one more season with the Rockets before being included in a package deal with the Phoenix Suns for All-Star Charles Barkley. Horry clashed with head coach Danny Ainge and was traded to the Los Angeles Lakers in January 1997.

Big Shot Bob hit three critical shots en route to the Lakers’ three-peat from 2000-02. In game 3 of the 2001 Finals against Allen Iverson and the Philadelphia 76ers and the series tied at one game apiece, Horry nailed a corner three with 47.1 seconds left to give the Lakers a 92-88 lead. He also came through at the free-throw line by making four free-throws in the final minute to clinch the 96-91 victory. Prior to nailing the free throws, Horry was shooting 44% from the stripe in the playoffs to that point. The Lakers won the series 4-1.

Against the Portland Trail Blazers in game three of the first round of the 2002 playoffs, Horry hit the game-winning three with 2.1 seconds left. Two rounds later in game five of the Western Conference Finals against a gritty Sacramento Kings team, Horry hit the game-winning three at the buzzer to tie the series at two. The Lakers defeated the Kings in a controversial seven-game series and swept the New Jersey Nets in the Finals to complete the three-peat.

Horry signed with the San Antonio Spurs as a free agent in 2003. His cold-blooded shooting came through once again in the 2005 Finals against the Detroit Pistons. In overtime of game 5, Horry inbounded to Manu Ginobli. Ginobli was immediately swarmed by Pistons defenders in the corner. He kicked the ball back to Horry who sank a three with 5.9 seconds left to seal the victory and 3-2 series lead. The Spurs won the series in seven games.

To cap off an icy string of clutch shots, Horry hit the go-ahead three-pointer with 35 seconds remaining in game four of the first round of the 2007 playoffs versus the Denver Nuggets. San Antonio won the series in five games. Horry won his final NBA championship over LeBron James and the Cleveland Cavaliers.

He wasn’t the first option to take the game-winning shot, but he wasn’t intimidated by the pressure of big moments. He thrived in them.

You didn’t want to be on the other side of Big Shot Bob shooting the ball with the game on the line.