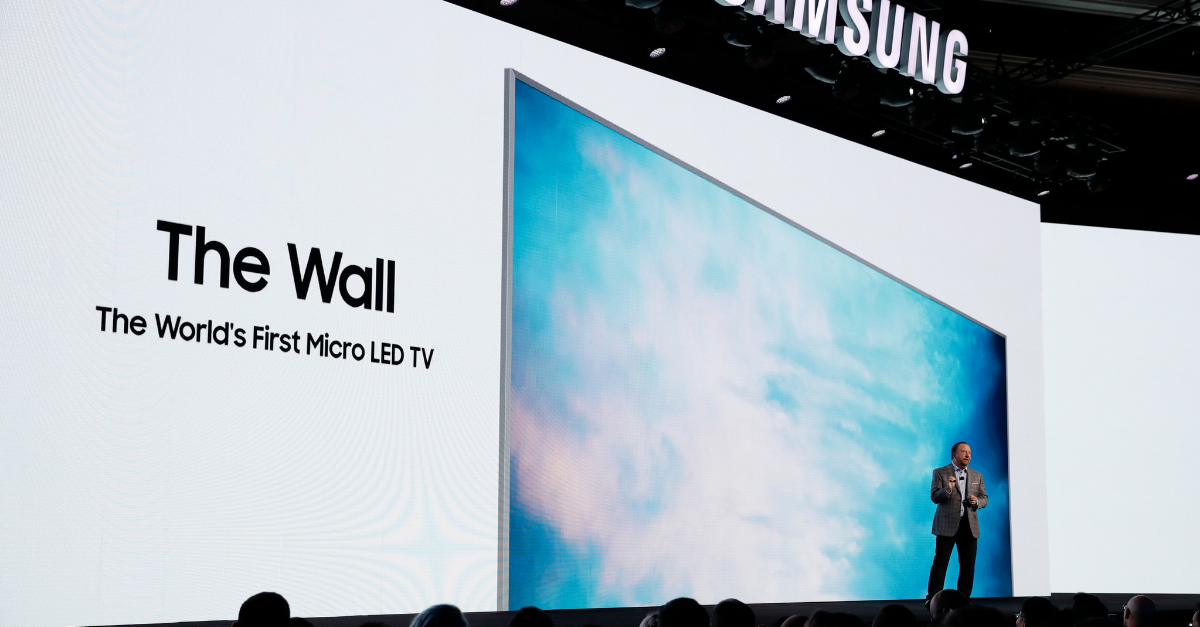 Whether you’re a die-hard follower of the National Basketball Association, or you’re locked into the National Football League, chances are you spend way too much time in front of your television watching sports. Now, the ultimate game-watching platform has arrived, and it’s going to blow you away.

At the annual Consumer Electronics Show in Las Vegas last year, Samsung rolled out the latest and greatest television to ever hit the market. Heralded for its revolutionary microLED technology, this TV will use less energy than current televisions you probably own now, but that’s only half the fun. You can get this massive 219-inch TV in your own living room, and it’s appropriately named “The Wall.”

The CES Technology Show, where the latest in tech, gadgets and gizmos is unveiled at the start of every year, always brings a few cool surprises every year. It’s safe to say Samsung’s massive unveiling stole the show at CES 2019.

Samsung at #CES2019: New 75-inch #MicroLED display and 219-inch The Wall TV 2019 were unveiled at the First Look event, highlighting our vision for the future of visual displays #SamsungCES2019https://t.co/T6NwRvYJLx

The Wall offers microLED TV display technology which is the most advanced screen technology in the game. For you, that means a pure black base that reduces glare from the sun, a superior color purity that is twice as good as standard LED televisions, and a sharper, brighter image that brings whatever you’re watching to life.

Basically, it’s the coolest TV you’ll ever watch. That is, if you can find 18 feet of wall space to hang this mammoth…

RELATED: New Giant Mattress is 12 Feet Across, Perfect for All the Pets

Imagine laying back and watching movies on THIS thing? Heck, I’d watch the Pope’s track and field team if it meant I’d get to watch this monster for a few minutes.

If you’re interested in one of Samsung’s monsters, they’re accepting orders here. Also, if this massive version isn’t for you, this same technology is available in both a 75-inch model and smaller 146-inch version of The Wall. Then again, if you’re dropping a few thousand dollars on a TV, you’d better go next level and get the full 219 inches.

As for me, I’m all about the projector screen lifestyle, and Best Buy offers this 135-inch screen so you can binge watch Netflix in your front yard.

Think of it this way: you’ll never have to buy another television set for as long as you live.

This article was originally published January 11, 2019.