Tim Duncan’s Net Worth: “The Big Fundamental” Has Hall of Fame Money 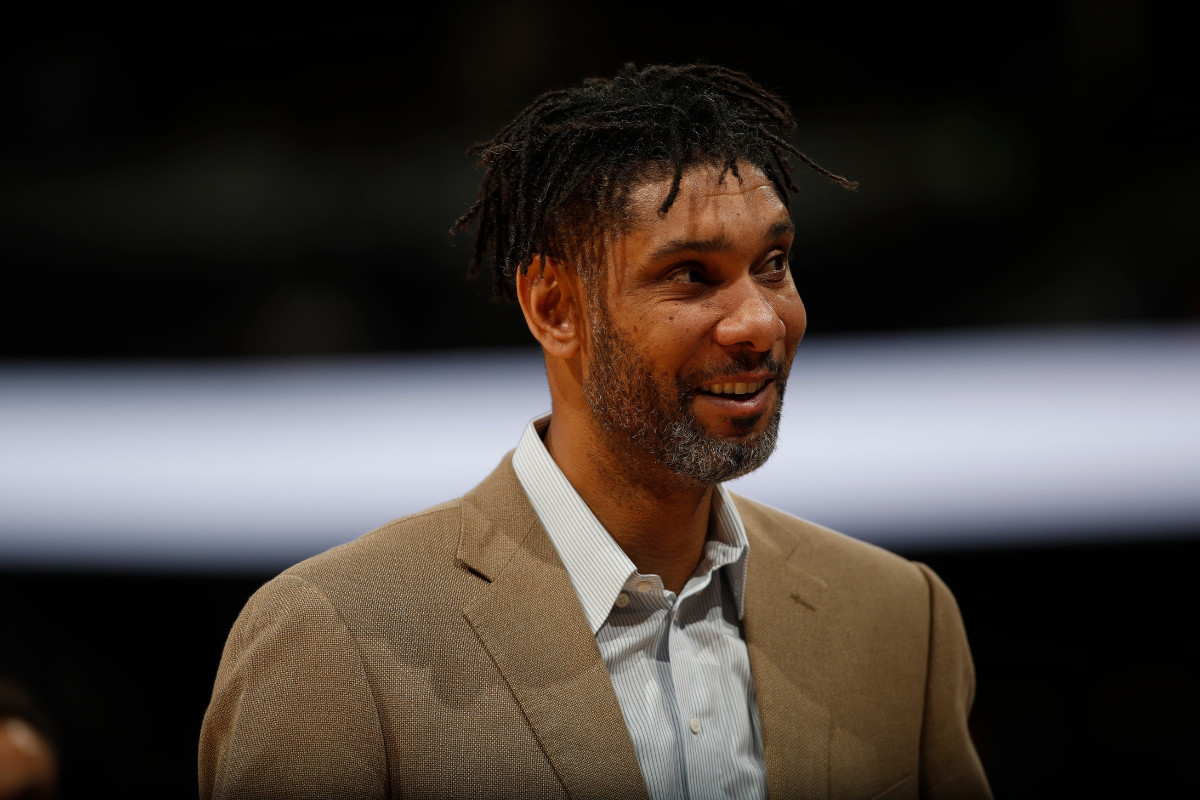 The San Antonio Spurs forward was subliminally ruthless on the court, dominating through sheer play. He was the centerpiece of the Spurs’ dynasty by committing to team-oriented basketball and leadership along with David Robinson, Tony Parker, and Manu Ginobili.

Off the court, “The Big Fundamental” is a man of simple taste. He rocked jorts like it’s nobody’s business. I mean, come on. Let’s not forget how he downplayed Michael Jordan as a rookie.

It must take a comet to impress him.

Timothy Theodore Duncan was born on April 25, 1976, in Saint Croix, U.S. Virgin Islands. He grew up a swimmer, but his brother-in-law pushed him to try basketball as a freshman at St. Dunstan’s Episcopal High School after Hurricane Hugo struck in 1989.

He caught on to hoops quickly and gained recognition of coaches in the United States, most notably Wake Forest University head coach Dave Odom. Duncan joined the Demon Deacons’ basketball team in 1993.

Duncan is a member of the 2020 Naismith Memorial Basketball Hall of Fame class alongside Kobe Bryant and Kevin Garnett. The legendary power forward has his fair share of accomplishments in both college and the NBA:

The five-time NBA champion was named USA Basketball’s Male Athlete of the Year and Sports Illustrated‘s Sportsman of the Year in 2003. He played on the USA national team that earned the bronze medal in the 2004 Athens Olympics.

Duncan earned $242,024,800 over 19 seasons in state-income-tax-free Texas, per Spotrac. He remained on the Spurs’ payroll for three seasons after his retirement due to him opting into his player option in 2016. The team paid him out in chunks of $1.8 million.

The former professional basketball player is the youngest of four children. He has two older sisters, Cheryl and Tricia, and one older brother, Scott.

Duncan was married to Amy Sherrill from 2001 to 2013. They have two children together, daughter Sydney and son Draven. Duncan and his girlfriend Vanessa Macias welcomed daughter Quill in 2017.

The 15-time All-Star is endorsed by Adidas, AT&T and Bridgestone. He makes $2 million per year from these deals, according to Forbes.

In 2001, Duncan started the Tim Duncan Foundation, which supports creating health awareness and funds youth sports and education programs. The foundation has raised over $350,000 to support prostate and breast cancer research.

Tim Duncan’s net worth in 2021 is estimated around $130 million. The two-time NBA MVP was an assistant coach for the Spurs under Gregg Popovich for the 2019-20 season.

Duncan served as acting head coach when Popovich missed a game against the Charlotte Hornets on March 3, 2020. He stepped down in November of the same year.

Come playoff time, the New York Knicks, Los Angeles Lakers, Miami Heat, and the rest of the league feared seeing one of the best players in NBA history go to work on the block.

The Spurs’ franchise cornerstone more than earned his place in the Hall of Fame.

This post was originally published on June 19, 2020 before updating.

MORE: Grant Hill?s Net Worth: How the NBA Legend Built His Massive Fortune