They call David Robinson "The Admiral."

It's a nickname that fits like a glove in San Antonio, Texas -- where Robinson played on the San Antonio Spurs for 14 years.

Military City USA is only right for the man who attended the United States Naval Academy, served two years in the forces, and became one of the greatest basketball players in NBA history.

David Robinson in the Navy 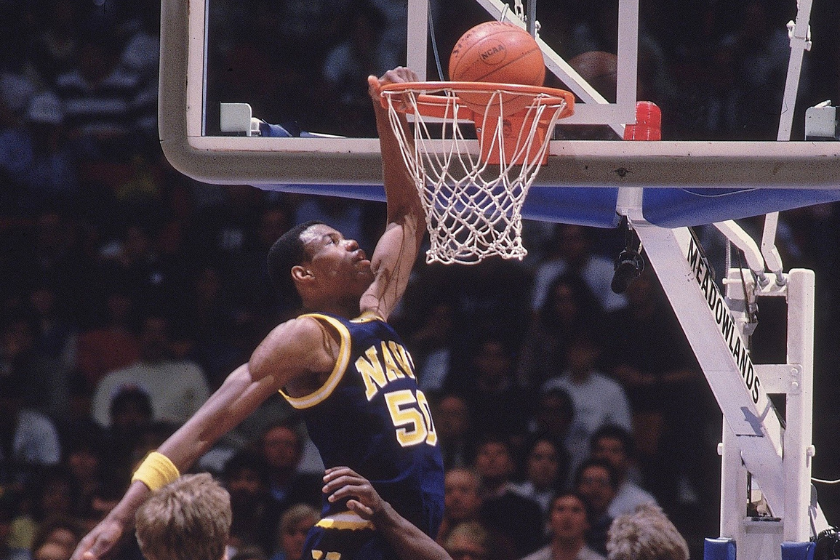 David was born in Key West, Florida to Ambrose and Freda Robinson. Due to Ambrose's career in the Navy, the family moved frequently before settling in Virginia. David attended Osbourn Park High School in Manassas, Virginia -- a suburb of Washington, D.C.

Robinson didn't fully to commit to hoops until his senior year when he shot from 5-foot-9 to 6-foot-6. He excelled but didn't garner much interest from college coaches.

Hoping to follow in his father's footsteps, Robinson chose to attend the U.S. Naval Academy in Annapolis, Maryland, where he would major in mathematics and play on the basketball team.

His stature and skills would only continue to grow. By his sophomore year, Robinson stood 7-foot.

He became the best basketball player in Midshipmen history:

As a junior, he led the team to the Elite Eight of the 1986 NCAA Tournament. The Midshipmen fell to Duke 71-50.

The big man was selected No. 1 overall by the San Antonio Spurs in the 1987 NBA Draft. Following graduation though, the Navy requires a five-year service commitment.

However, because Robinson exceedingly surpassed 6-foot-6 -- the maximum height of an unrestricted line officer -- he was unable to serve at sea.

As a compromise, Secretary of the Navy John Lehman granted Robinson a waiver to receive commission as a civil engineering officer in the Naval Reserve for only two-years instead of five.

He served at the Naval Submarine Base Kings Bay in southeastern Georgia. While on active duty, Robinson frequented recruiting material and was allowed to compete for the United States at the 1988 Seoul Olympics. Team USA won the bronze medal. 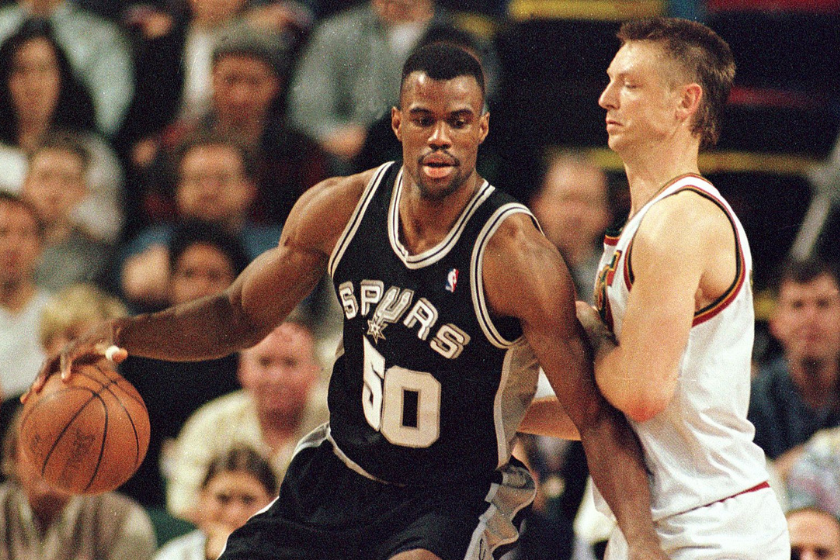 Despite not signing a contract with San Antonio out of the gate, giving him the opportunity to reenter the draft, Robinson signed with the Spurs in 1989.

With that, a franchise cornerstone and NBA legend was born:

The two-time NBA champion averaged 21.1 points, 10.6 rebounds, 3 blocks, and 1.4 steals over his 14-year career. He played for the United States as a member of the Dream Team at the 1992 Barcelona Olympics and the 1996 Atlanta Olympics. The U.S. won the gold medal both times.

Robinson had great playoff success in the latter portion of his career with head coach Gregg Popovich and power forward Tim Duncan. He retired following his second championship in 2003. 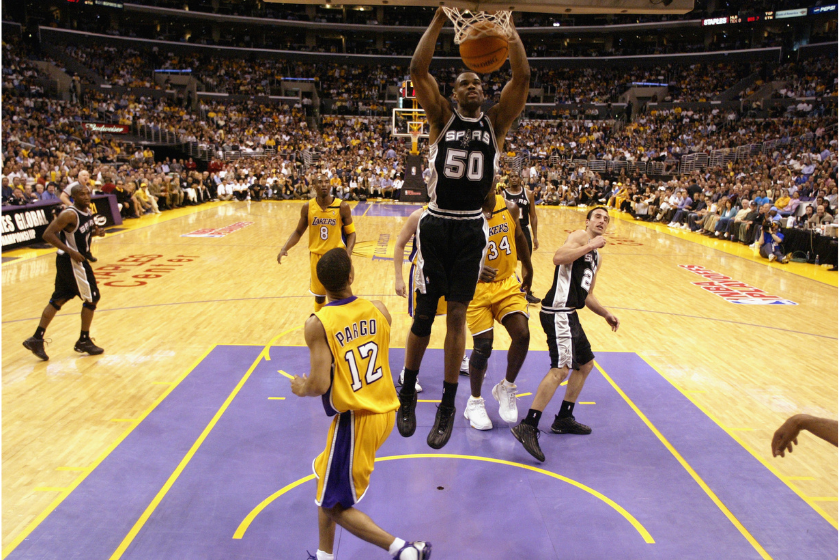 In retirement, Robinson takes time to give back to the community. He donates 10 percent of his business profits to charity.

In 2001, he opened The Carver Academy, a public charter school in San Antonio with his wife Valerie. Because of his active philanthropy, the winner of the NBA Community Assist Award is given the David Robinson plaque.

MORE: Tim Duncan's Net Worth: "The Big Fundamental" Has Hall of Fame Money