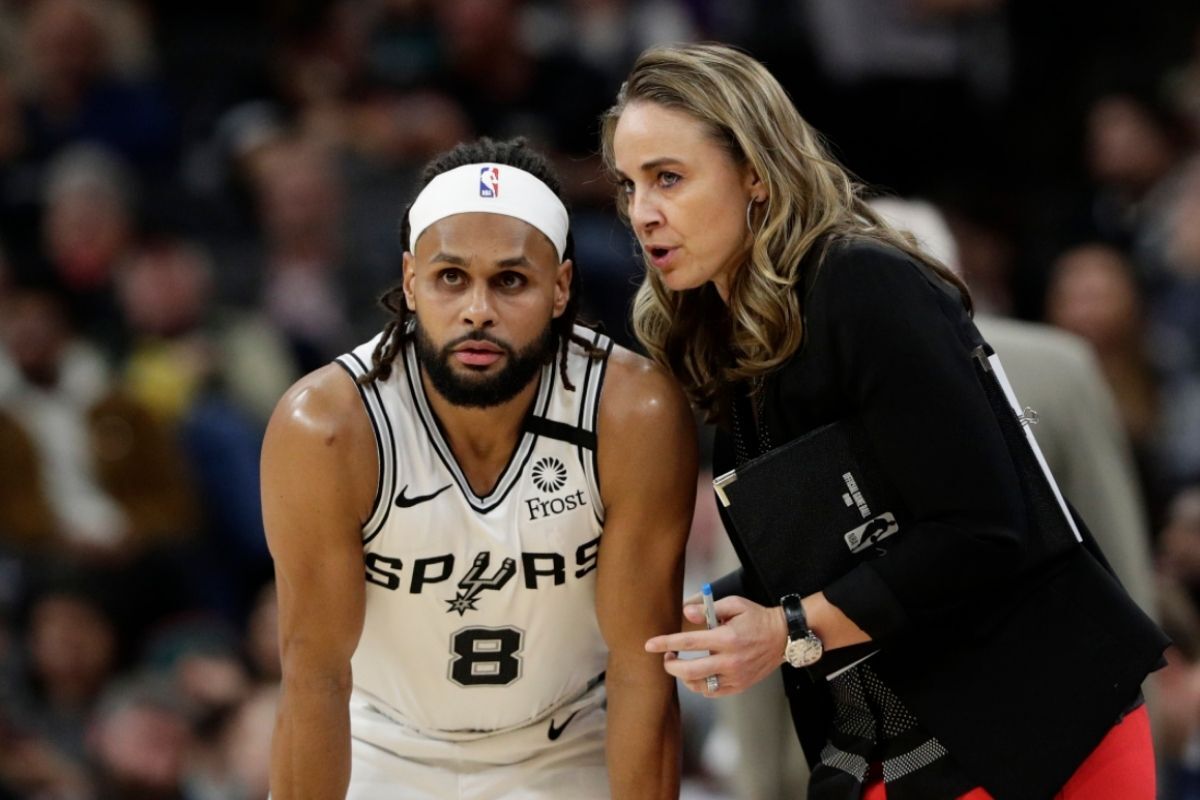 As one of the sharpest assistants in the league, Hammon is in line to become the first female head coach in NBA history.

RELATED: A’ja Wilson Isn’t Paid Enough, And She’s Not Afraid to Voice It

Rebecca Lynn Hammon was born in Rapid City, South Dakota on March 11, 1977. She shined at Stevens High School and continued her playing career at Colorado State University. The guard left CSU as one of the best players in program history, setting records in points, points per game, field goals made, free throws made, three-point field goals made, and assists. She was inducted into the CSU Hall of Fame in 2004.

The three-time All-American went undrafted in the early days of the WNBA. She signed with the New York Liberty in 1999 and immediately made an impact. Her career was long and decorated:

? No. 25 retired by San Antonio Stars

Like most WNBA players, Hammon spent her offseasons playing overseas. As a dual American-Russian citizen, she played for several Russian clubs. She also played for Rivas Ecopolis in Spain for the 2006-07 season.

Internationally, Hammon played for the U.S. in the 1998 Jones Cup. In 2008, she started suiting up for Russia, where she won the bronze medal at the 2008 Beijing Olympics and a silver medal at the 2009 EuroBasket Women’s Basketball Championship.

Hammon officially retired in 2014 after a 15-year career.

Throughout her playing career, Hammon expressed a desire to enter coaching. Since joining the Spurs’ coaching staff, becoming the second female assistant in league history, Hammon’s earned the respect of several NBA players.

Hammon was named ESPNW‘s 2014 Woman of the Year. In 2016, Hammon became the first woman to serve on an All-Star game coaching staff.

Hammon has long been predicted to become an NBA head coach. She proved her head coaching chops by leading the Spurs’ Las Vegas Summer League team to the summer league title in 2015. The former point guard is lauded for her tactical approach to the game.

Hammon’s name has been thrown in the ring for multiple head coaching jobs ranging from the Indiana Pacers and Houston Rockets to the Oklahoma City Thunder. She built steam to take over for Billy Donovan of the Thunder, but OKC assistant Mark Daigneault was named head coach in November 2020.

In 2017, she was interviewed for the Milwaukee Bucks‘ general manager position.

The Spurs assistant coach is plugging away, learning from one of the best in the game. NBA head coaching cycles come and go. Whether there’s an opening with the Los Angeles Lakers, Dallas Mavericks, Boston Celtics, Sacramento Kings, Atlanta Hawks or any other franchise, Hammon is bound to get a shot sooner rather than later.