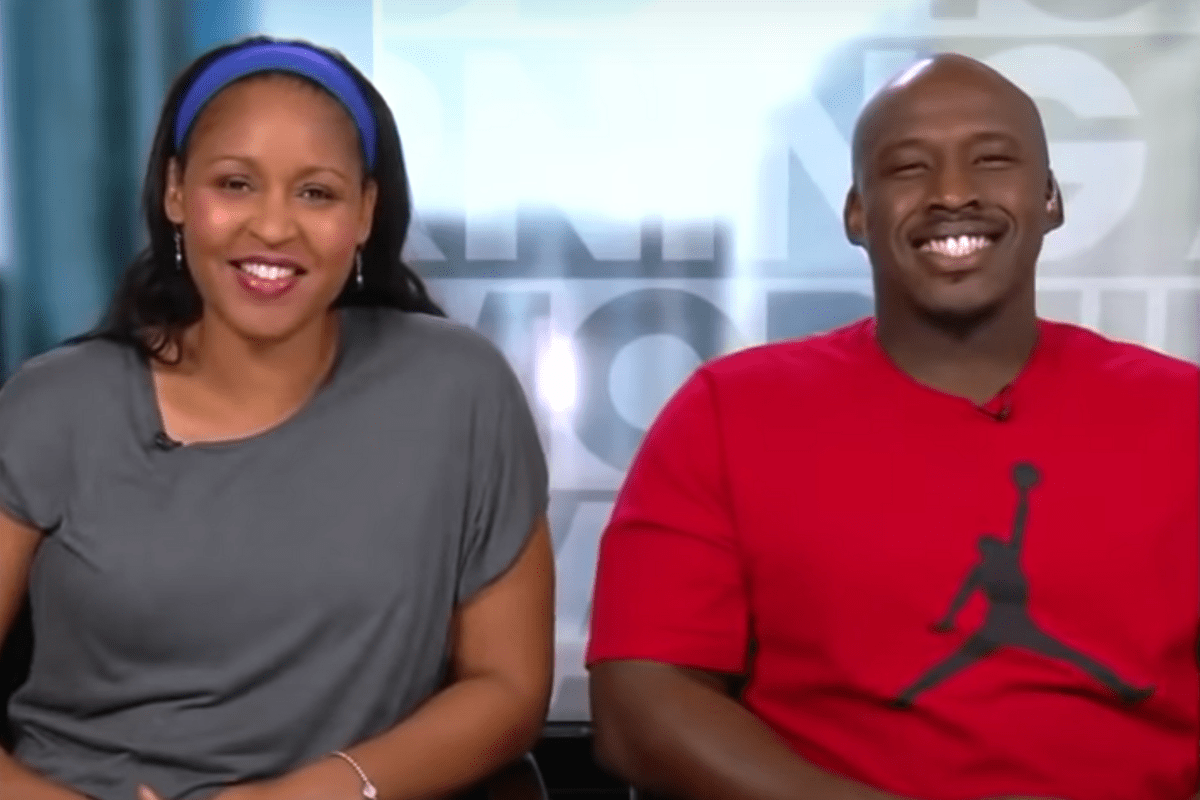 It’s time we have the GOAT discussion. The conversation is long overdue.

Who is the best WNBA player of all time?

Diana Taurasi is certainly in the discussion. Sue Bird has done it all.

Maya Moore has a strong case as well.

In 2019, at the peak of her powers, the Minnesota Lynx forward walked away from the court to focus on something closer to her heart: criminal justice reform.

The sabbatical from the WNBA season not only led to an innocent man being freed, it also led to a life-long relationship.

RELATED: UConn Women?s Hoops: Why Its The Greatest Dynasty in College Sports

Jonathan Irons was 16 years old when he was arrested for breaking into an O’Fallon, Missouri home and twice shooting at homeowner Stanley Stotler. He was convicted in 1998 and dealt a 50-year prison sentence to be served at the Jefferson City Correctional Center.

WNBA star Maya Moore met Irons prior to her freshman year at UConn through a prison ministry program, according to PEOPLE.

“I met Jonathan when I was 18. I was about to be a freshman at [the University of Connecticut] and my godparents and my great uncle introduced me to him and his story, his case. He had been wrongfully convicted, he had been in prison over a decade at that point, so I was just interested in learning,” Moore explained.

From there, the two developed a close friendship. In 2019, Irons’ case was revisited in a last ditch effort for release. His fate rested on fingerprint evidence discovered by Reggie Williams, Moore’s godfather. Irons gave Williams power of attorney in 2005 after showing particular interest in the case.

In 2007, Williams found an unfamiliar fingerprint report in police records, according to Katie Barnes of ESPN.

“The report, Irons’ lawyers argue, raises questions about the conduct of the prosecution in Irons’ original trial. The document is not the same report that was given to Irons’ defense attorney in 1998. At the time of Irons’ 1998 trial, the fingerprint report indicated that the two fingerprints found on the storm door leading out of Stotler’s home belonged to Stotler. But this report, which Williams found two years into his investigation, indicates that only one of those prints was Stotler’s. The other, this report reveals, doesn’t belong to Irons.”

The mere existence of the report was enough to prove that Irons constitutional rights had been violated during his initial trial. This discovery raised the Brady rule, which mandates that the prosecution turn over all exculpatory evidence to the defense pretrial. Failure to do so is a violation of a defendant’s due process. The Brady rule brought Irons’ conviction into question.

The court’s overturn was confirmed in March 2020. He was officially released on July 1, 2020 during the coronavirus pandemic and COVID-19 outbreak.

In September 2020, Moore, a current Atlanta resident, and Irons appeared on Good Morning America to share some big news:

“We wanted to announce today that were are super excited to continue the work that we?ve been doing together, but doing it as a married couple. We got married a couple of months ago and we?re excited to just continue this new chapter of life together,” Moore, 31, announced.

“I got to know [Irons] and over the last 13 years we have just developed a friendship and [then] entered this huge battle to get him home and over time it was pretty clear what the Lord was doing in our hearts. Now we?re sitting here today, starting a whole new chapter together.”

The newlyweds waited to break the news to not distract from their Get Out the Vote campaign. Irons proposed after his wrongful conviction release in a hotel room surrounded by friends. Moore shared wedding photos on social media.

Grateful to announce this new chapter of life! What a miracle ❤️🙏🏽❤️

Moore’s personal future is set in stone, her basketball career remains up in the air.

“I am trying to really just breathe from this long, long battle,” the basketball player told GMA’s Robin Roberts. “There’s a lot of unknowns for a lot of us right now. So I’m still in that camp.”

Walking away in her prime mirrors Michael Jordan‘s first retirement in 1993. At the time, it’d be rare to find someone who said MJ was the best ever. Moore is likely to attract more consideration.

For now, Moore and her husband are zeroed in on the fight for social justice.

MORE: Sue Bird?s Net Worth: How the WNBA Queen Made Her Millions