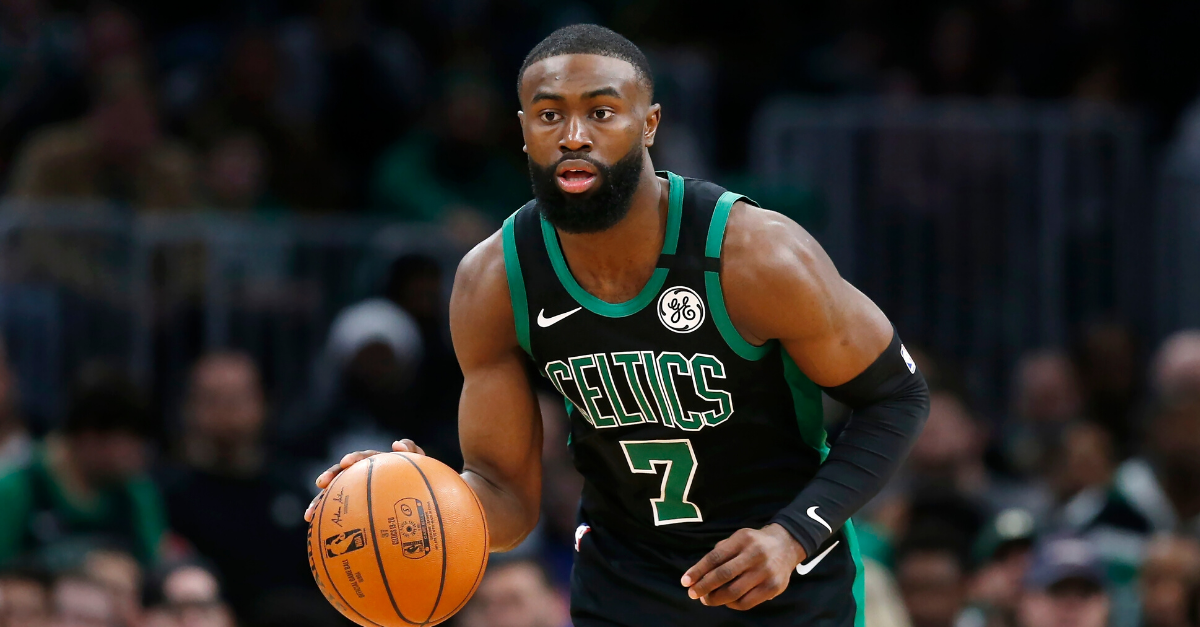 When Boston Celtics guard Jaylen Brown hopped in his car, 15 hours stood between him and his hometown of Atlanta, Georgia.

The 23-year-old NBA player made the trip to lead a peaceful protest in response to the death of George Floyd at the hands of Minneapolis police officer Derek Chauvin. Chauvin has since been arrested on third-degree murder and manslaughter charges after pressing his knee on Floyd’s neck for nearly nine minutes.

Brown took to social media to organize the protest. His handle @FCHWPO, which stands for “Faith, Consistency, Hard Work Pays Off”, served as the outreach platform. Brown carried an “I can’t breathe” sign.

The Celtics star was joined by Indiana Pacers guard Malcolm Brogdon and rapper Lil Yachty in charging the protests.

?It doesn?t make any sense to me. As I sat home, and I?m trying to make it add up, as to why we have to go through breaking windows, or demolishing our ? all this is ours. We may not own it, but we live here. We?re raising our families here and we?re building up our lives here. It?s unfortunate we got to do this, just to show our frustration.?

I am no different from the next man. Every voice matters and must be heard.

“We gonna stick together, ’cause that’s most important whether you black, whether you white, green, yellow, purple; we together.”

?I?ve got brothers, I?ve got sisters, I?ve got friends that are in the streets, that are out here that haven?t made it to this level,? he began. ?That are ? getting pulled over, discrimination, day after day, dealing with the same [expletive].

“It?s systematic. This isn?t something that we come and ? you know, we don?t have to burn down our homes, we don?t have to ? we built this city! This is probably the most black city in the world, so let?s take some pride in that, let?s focus our energy, let?s enjoy this together, this moment we have leveraged right now.?

The NBA stars were some of the many players who participated in racial injustice protests around the United States. New York Knicks’ guard Dennis Smith Jr. marched in his hometown of Fayetteville, North Carolina. Philadelphia 76ers forward Tobias Harris walked through the streets of Philly. Minnesota Timberwolves center Karl Anthony-Towns, whose mother passed in April from the coronavirus (COVID-19) pandemic, was present during an emotional speech given by former NBA player Stephen Jackson at Minneapolis’ City Hall. Jackson shared a close relationship with Floyd.

LeBron James has also made several social media posts on the matter. Michael Jordan released a statement via a tweet on May 31.

Brown, who is known for off-the-court ambitions including education, history, technology, and philosophy, displayed substantial leadership in organizing the peaceful demonstration against police brutality in his home state of Georgia. The No. 3 pick in the 2016 NBA Draft is among the league’s strongest young voices.

MORE: J.R. Smith Beats Up Protestor for Vandalizing His Truck