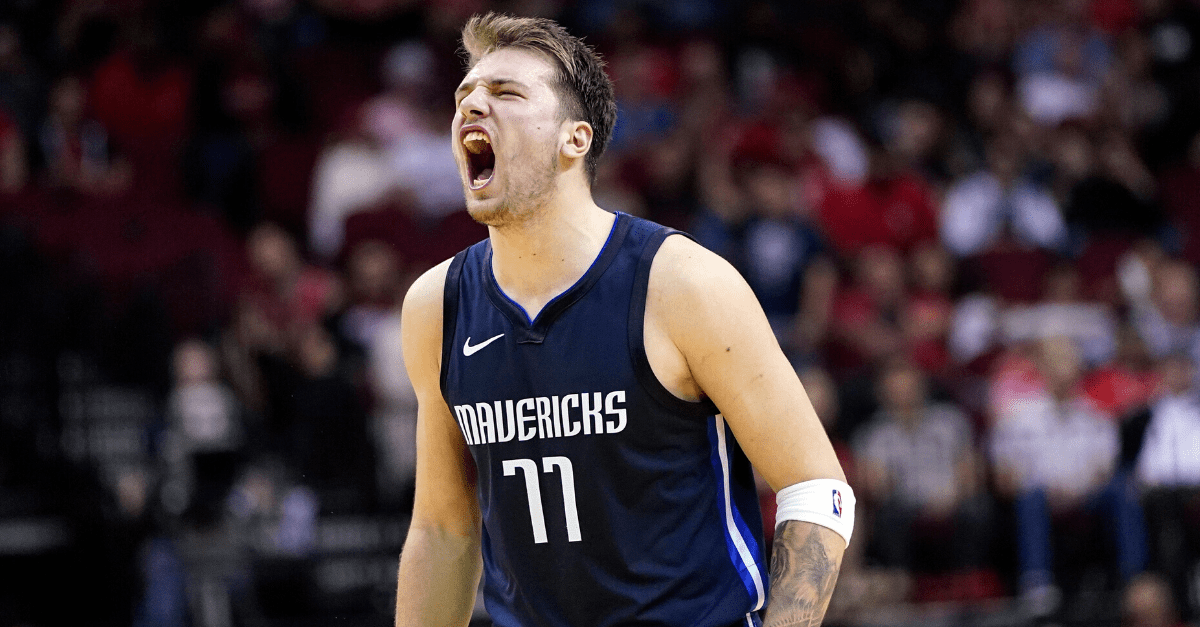 The Dallas Mavericks are getting their bang for their buck with 20-year-old phenom Luka Doncic. The Slovenian superstar makes it look easy with his smooth step-back threes, ball-handling wizardry, and superb court version. In just his second year, the transcendent guard is already in the upper echelon of NBA talent.

After carving up Europe, the Slovenian professional basketball player entered the 2018 NBA Draft as one of its top prospects. He was drafted No. 3 overall by the Atlanta Hawks before being traded to the Mavericks for point guard Trae Young. As one international sensation was on his way out in Dallas, another one entered.

Luka Doncic has made more than a mark on the court, but what mark has his play and infectious personality made on his bank account?

Born in Ljubljana, Slovenia, Doncic is the son of Mirjam Poterbin and Sasa Doncic and has been a prodigy since a young age. Beginning at age 8, Doncic played against kids several years older than him for the Union Olimpija basketball club. At 13, he left his home country and signed a five-year deal with Spanish club Real Madrid.

Doncic took the league by storm, led his team to a EuroLeague title, was named EuroLeague Final Four MVP, and became the youngest EuroLeague MVP in history during the 2018 season.

The international star then turned his attention to the National Basketball Association, where his pro basketball legacy continued to grow.

Luka lived up to the hype his rookie season by averaging 21.2 points per game, 7.8 rebounds per game, and 6.0 assists per game. Those numbers joined the likes of Oscar Robinson, Michael Jordan, LeBron James and Tyreke Evans as the only rookies in NBA history with a 20-5-5 stat line.

Doncic was rightfully named NBA Rookie of the Year.

In his second season, Luka ranks near the top of NBA.com’s Kia MVP Ladder, while Phoenix Suns center Deandre Ayton and Sacramento Kings forward Marvin Bagley III ? the two players selected ahead of Doncic in the 2018 NBA Draft ? have dealt with injuries and off-the-court issues. You could say the Kings and Suns may regret their decisions on draft night as the third overall pick blossoms with the Mavs.

According to Spotrac, the 2019-20 All-Star starter is signed to a three-year, $22.3 million rookie contract. By comparison, Ayton and Bagley are earning $9.5 million and $8.5 million during the 2019 season, respectively.

During his final season with Real Madrid, Doncic signed a two-year sneaker deal with Nike that expired in September 2019.

Since his Nike deal expiration, the Dallas Mavericks’ guard spent the early months of his second season in the most coveted free agency for any NBA player: sneaker free agency. He wore several Nikes and Jordans while also sporting Curry 7s from Under Armour in addition to Pumas. Throughout this period, Doncic remained in exclusive talks with Nike.

On December 26, 2019, Jordan Brand announced they had signed the young star to a “lucrative deal.” Exact details of the agreement remain private, but it is undoubtedly the first major endorsement of many to come.

As Doncic’s star continues shining all over the United States, plenty more big-name brands will come for the NBA’s biggest star not named Zion Williamson.

Dreams do come true!! Thanks to everybody 🙏✊

According to Celebrity Net Worth, Luka Doncic has a net worth around $5 million as of 2019.

The Slovenian basketball player’s wallet is only expected to grow in congruence with his superstardom. Until then, we’ll continue to enjoy the show he puts on each night the Dallas Mavericks take the floor.

MORE: LeBron James’ Net Worth: The King’s Wealth Continues to Grow with Lakers